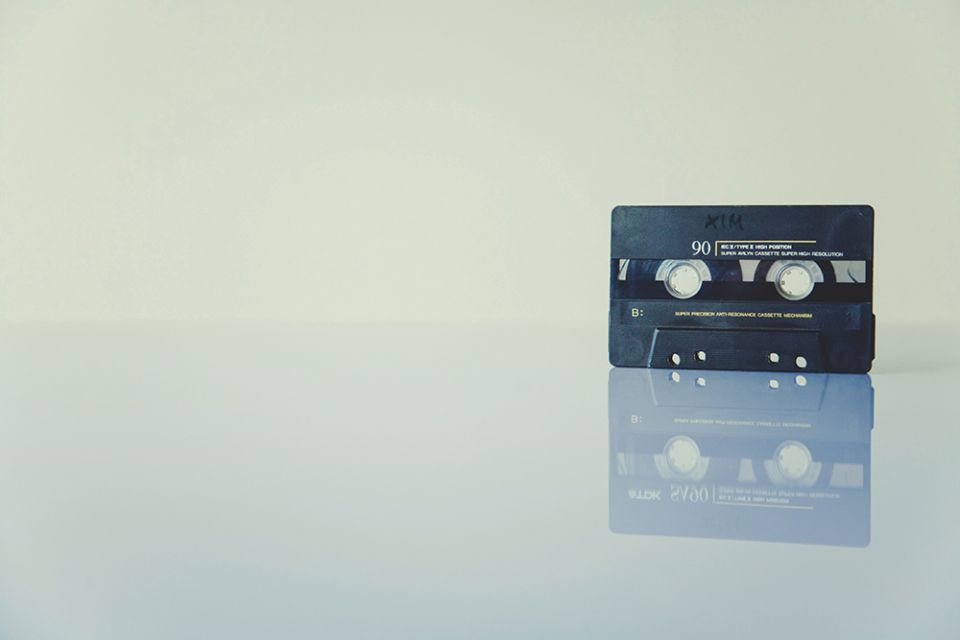 The Catholic Church in the United States today is in need of some love — repairs, repentance and purification — but also love.

I love the church. My love of the church is far more profound than say the love expressed in a middle-school romance, which consists of a few weeks of hand-holding, note-writing passion, culminating in an awkward breakup. Having long ago moved from childhood conscription to adult ownership of my baptismal call, this is a love for the most human of institutions, which rests upon the most divine of collectives: the people of God who gather and who are the church.

Again, while this love affair is not akin to that of a middle-school romance, at this time in the church's history, I am compelled to engage in one of the most adorable acts of love, art and personal teenage expression: creating a mixtape for one's friend or significant other.

The songs on a mixtape are one way to communicate what we value. Additionally, gifting a mixtape to someone communicates that we value them. I want to value people the way Jesus valued people. I love listening to and sharing music that I think is not only as valuable as the time it takes to listen to it, but valuable because it helps stir the spirit to be silent as Jesus was silent; to act as Jesus would act; and to see, embrace or be with another as Jesus would be, which is a paradox. Christ says his yoke is easy, but sharing what you value opens you up to vulnerability. (What if the other doesn't value what I value, or rejects what I value?) Making the first salvo in opening up is not usually easy.

Music is a great enabler of conversion. A few musical notes, like a few lyrical words, can rouse one to be a doer of the Word and not just a hearer. We are approaching the one-year anniversary of the former cardinal Theodore McCarrick revelations and the Pennsylvania grand jury report. So, as a sign of my love and affection for this church in need of healing, that is so very wounded, and that continues to cause wounds; that has provided for me hope, beauty and truth as well as anguish, anger, and frustration; it is for this church I wish to create and share a mixtape. After all is not the church, the people God has gained for his own, a living mixtape we offer back to God? Each person, like each track a little different, yet called together on one platform as an expression of our love and values?

If you're looking for a "Catholic"/"Christian" music genre mixtape, sure you could pull together classics by Palestrina, Schubert and Mozart, or more contemporary songs by the likes of Lorraine Hesse, John Angotti or Craig Colson. But, heeding the words of Meister Eckhart, "Spirituality is not learned by flight from the world. … We must learn to penetrate things and find God there." As such, my mixtape for the church comprises secular songs from various genres and eras.

As they repeat no less than 10 times, "I've got soul but, I'm not a soldier," I nod in agreement. In a church of liberals and conservatives, jurists and poets, curators and gardeners, I don't wish to be enlisted in any clique or camp, especially at this time of visceral polarization. I wish to fight injustice, not fight against my sisters and brothers.

On one hand, instructing the ignorant is a Work of Mercy. On the other hand, Jesus says we're hypocrites for pointing out the faults of others, the splinters in their eyes, while we have a wooden beam in our own eyes. Perhaps one would be more effective in instructing others if s/he attended to their own ignorance and faults first? What a wonderful world this would be.

My friends, since Catholic elementary school to new neighbors within the past five years, are better labeled "dones" rather than "nones." They didn't grow up unchurched, they grew up embracing Catholicism but at some point, due to life events or the litany of scandals since 2002, they're just done. I cannot listen to this song without thinking of them and their divorce from the church:

But I wish there was somethin' you would do or say

To try and make me change my mind and stay

We never did too much talkin' anyway.

Close your mouth and open up your heart.

These lyrics, this song, should have been the entrance hymn for every blessed U.S. bishops' conference meeting from 2002 up to and including this last embarrassing, aggravating and rudderless assembly in June. Bishops, I want to love you, because you too are made in the image and likeness of God, but it's really, really, really, really difficult.

Sadly, Fr. Chuck O'Malley (Bing Crosby) makes a topical appearance on this mixtape for all the wrong reasons. Just as this No. 1 hit surfaced in the heights of the Great Depression, talk to some church employees or regular mass attendees: it's been a demoralizing and depressing year. Many (laity and priests) are having their own great depression within the church. Couple that with the malfeasance and squandering of resources uncovered recently about how much the institutional church has spent on self-preservation at the expense of sexual abuse victims, in pure defiance of the Parable of the Talents, and the stupefying ledgers of Bishop Michael Bransfield, and no, I cannot spare a dime. When that bishop's appeal finds its way in my pew or mailbox, per the lyrics, I may be the kid with the drum sloggin' through hell with you, but the chancery isn't getting a dime from me and my house.

Teenage angst in one hit. Admittedly, this song is not in my personal top 20. My wife strongly suggested this tune be on this particular mixtape. From the commission to study the women's diaconate, to the protection of minors, to the debates about footnotes, gay employees, the weaponization of the Eucharist, et cetera, why do we have to go and make things so complicated? Granted, not everything is simple in life, but we are either authentic in following Christ's command to love one another, or, we're hypocrites with a plethora of convoluted rules. Indeed, we do look like fools when we don't act as followers of Christ ought, and:

And you take what you get and you turn it into

Honesty and promise me, I'm never gonna find you fake it.

Finally, were it up to me, every Catholic Church mixtape would have a universal bonus track: "We Didn't Start the Fire," by Billy Joel (1989).

Column | I made a mixtape for the church I love