Ideology shapes our morals. Neighborliness is the antidote. 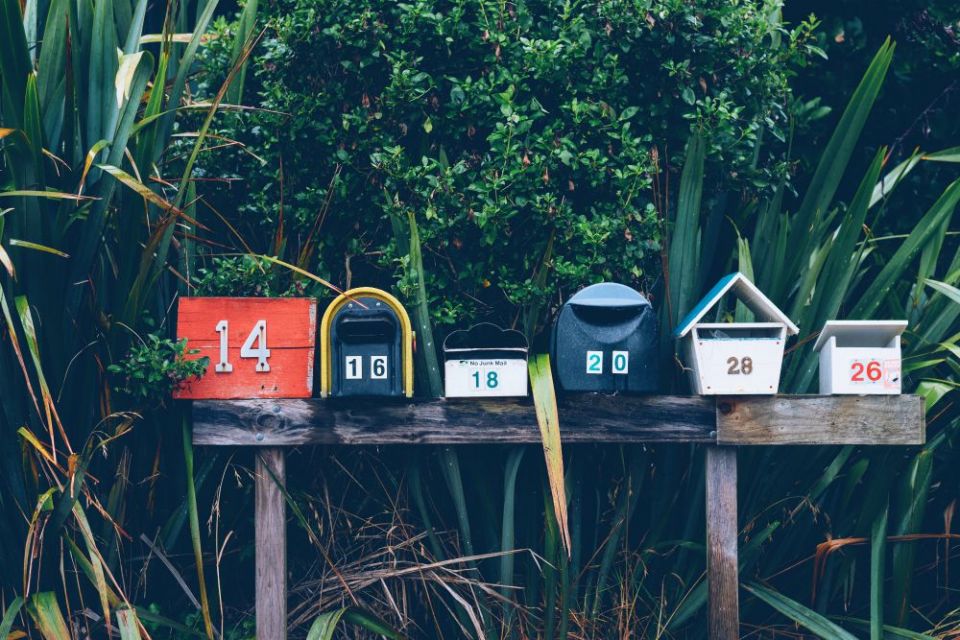 Earlier this week, when The Atlantic tweeted out a story about a new study that suggests that "people shape their morals to fit their political ideology, rather than the other way around," my first thought was, "Oh, the authors of this study must have discovered Catholic Twitter." (Or, as Jesuit Fr. Jim Martin likes to say about our unruly, disrespectful intra-church online arguing, "See how they shove one another.")

There's a strong temptation for Catholics (a temptation we share, apparently, with everyone else) to try to shoehorn the church's moral and social justice teachings into our preferred political party platform instead of letting our faith dictate our political priorities.

I have seen it firsthand, time after time, as I spent six years directing an East Coast diocese's office of life and justice ministries. A former bishop had named the department "Life and Justice" partially for budgetary reasons but also in a deliberate attempt to unify the "pro-life" and "social justice" communities in the diocese. My take on trying to bring these groups together is: It's very hard! Pretty often, I have to fight the temptation to remold church teaching to fit my political ideology myself, and I was supposed to be the professional.

Here's an example: I'm a pro-life progressive, and on an issue like gun violence, I think the federal government should regulate the heck out of gun ownership. You know how Democratic politicians say they don't want to take anyone's guns? Well, I want to take everyone's guns.

Someone might say, "Taking people's guns away is impossible, and bad guys will just get guns illegally anyway. How about focusing on mental health care instead?" And then I respond that reducing the number of guns through new laws would be good even if it wasn't perfect, even if our gun-obsessed culture hasn't been healed yet. Laws can be teachers, and maybe more restrictive gun laws would help change the culture over the long run. I go on social media and share statements by the U.S. bishops about increasing gun control regulations.

But then I examine my thoughts about anti-abortion efforts. While I want abortion ultimately eliminated, I might argue that our culture isn't ready it for it to be outlawed. These restrictive laws being passed by Republican-controlled state legislatures aren't going to fix the problem, I'll say. Women would just get illegal abortions anyway. We don't need more regulation; we need to heal hearts and minds first. How about better healthcare and parental leave instead of outlawing abortion? I don't post U.S. bishops statements about abortion laws very much at all.

This sure feels inconsistent! They're not identical issues, certainly, and there are a wide range of policy options that could help make the problems better, but I notice the bias in myself. But why don't I want more laws restricting abortion when I do want them restricting guns? Is it really a matter of political prudence I'm deriving from my faith? Of course not. I want to fit Catholic social and moral teaching into an American progressive political platform, and the pro-life efforts I easily support are those my fellow lefties are most likely to approve of.

I wonder why I do this. I take my faith seriously and identify as a Catholic much more deeply than as a progressive or a Democrat. But I'm also a product of our post-religious tribal age — I have plenty of friends who are of other faiths or no faith, but none who are hardcore Trump supporters. We're so divided by ideology that you can't even pay people to read hot-button articles they don't agree with. (Seriously, get a load of this study: Folks would rather read an article about same-sex marriage they agreed with for a chance to win $7 than read something they disagreed with for a shot at a $10 prize.)

What is the antidote to the polarization that lets our ideologies dictate our morals? In a thoughtful piece titled "Three Shifts Toward Neighborliness" for the website "Strong Towns," writer Steve MacDouell argues that "reclaiming the art of neighboring" is the most important solution to the "social isolation, the political polarization, and the superficial relationships that exist in our neighborhoods." (And, of course, in our churches.)

The first shift MacDouell recommends is from "productivity to "presence": "We need to give ourselves permission to waste time with our neighbors." That means giving up on getting tasks done all the time and letting your plans be changed by a spontaneous conversation with a neighbor who might not be anything like your self-selected closest friends.

"While it's easy to demonize someone from a distance, it's a much more difficult task to demonize the person that you have to pass the potatoes to," he writes. "When we extend hospitality, we create space for reconciliation, enemy-love, resource-sharing, and deep listening to be practiced and experienced."

The number of times I've shared a meal in my home with someone just because they happened to live nearby? Precisely zero. My wife, though, has done better, recently hosting a bunch of moms she had never met before from our new neighborhood for dessert.

Third is a shift from "vague familiarity to shared lives."

"What I am continuously encountering in my neighbors is the longing to co-invest in something meaningful," MacDouell writes. "From book clubs and street parties to localized advocacy and film nights, community formation often happens through collaboration. Neighborhood-centric collaboration makes sense because the neighborhood is one of the few things that we tangibly share with our neighbors anymore; it is the common source material that will inspire creativity in the context of our place."

This all sounds like what good parishes are supposed to be, too: people coming together who have nothing in common besides a love of the brother and savior shown hanging on the crucifix at the front of the church. Taking time to practice neighborliness where you live and neighbor-in-Christ-liness where you worship is probably the only way we can break out of polarization, which in turn might free us up to let our morals dictate our politics instead of the other way around.

Column | Ideology shapes our morals. Neighborliness is the antidote.