Looking forward into the mystery 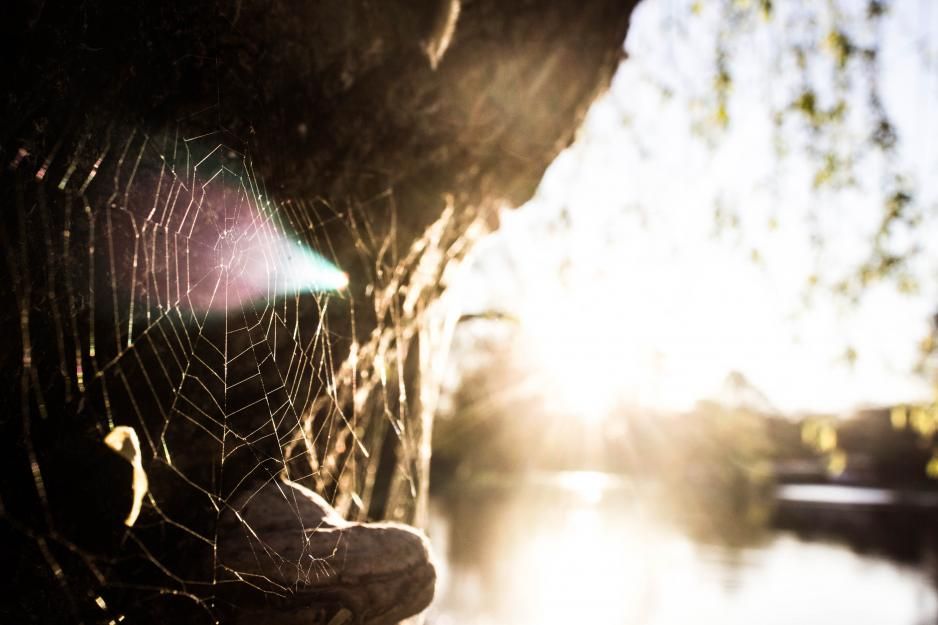 I hear the longing for things to be as they once were.

I hear it when I sit with elders in a circle during an event at the spirituality center where I minister, when they express concern about the lack of young adults, youth and children in their churches. I hear it when I talk to catechists at area parishes and they share their hope that young adults who've left the church after confirmation will return once they miss the sacraments and want their children to learn the faith. I hear it when I listen to some elder sisters in my community, when they express sadness that there aren't large groups of young women applying to join our congregation every year.

I get it. It's normal to hold out hope that things will go back to what we once knew, what made sense to us. I understand.

Yet, I also struggle with the notion, with the longing for things to be as they once were.

I aim to lovingly listen when elders express disappointment about the era we're in now. But I don't tell them that I hear their grief, because I don't want to suggest that what they're expressing is actually grief, because I'm not sure it's my job to help them see that things may be dead. They aren't saying that anything is over. Rather, they are calling this time a pause. I hear a sentiment that the church (and forms of religious life) that they once knew are in a long winter, at rest. Scenes of life and familiar landscapes will sprout soon, they seem to say. If only they hold on to hope, then what they once knew will come back, with greater flourishing.

I don't share my perspective with those who are grieving the past, because I don't want to belittle their heartache. Yet, each time I hear their sadness and longing expressed, I can't help but wonder if their gaze is missing what's in front of them. Maybe I have this reaction because I feel as if I am not the future of the church, but I am the present. And, along with other sisters, I am living this moment prophetically.

What if God is changing the way things work right in front of us, and we're not paying attention? What if we're missing the moment we're in and the opportunities of the current time because we are too fixed on the way things were in the past?

I've been thinking about this since I heard a priest casually mention that church hasn't always been structured around parish life, during a dinner a few weeks ago. I started to wonder if the current parish structures will serve future needs, or if something is meant to shift. Maybe something is shifting right now, and something new is being made. I began to wonder if parish life could in fact be too parochial, too insular, narrow, limited. Certainly, parishes are barely geographical anymore, at least in the United States. In both urban and rural areas, it is common for Catholics to drive distances and worship where the prayer, priest, preaching and activities resonate with their preferences.

Perhaps the church is meant to be built up of faith communities centered on common goals and passions? Maybe the Body of Christ is made to be networks of grassroots collectives, the wounded serving the wounded, pilgrims tending to pilgrims.

I wondered how to open my eyes wider to what God is making new after I asked a seminarian friend how he responds to his moral theology professors when they teach a homophobic perspective on sexuality, even while he ministers to the LGBTQ community. "I ask them if God might be doing new things," he said with a shrug.

I wondered how to open my eyes wider to what God is making new as I sat in a cafe drinking coffee and listening to an affiliate in my community describe how she understood our life partnership, she a married woman and me a Franciscan sister. She told me that she felt like affiliation was allowing the Franciscan Sisters of Perpetual Adoration charism to erupt more widely into creation, like another big bang. As she spoke about the explosion and evolution of the life, she held her hands in front of her, fingers widely opened, palms facing her chest, and fingertips touching. My gaze could have stopped right at her hands in the shape of stars. But if I wouldn't have moved my gaze beyond what was right in front of me, I wouldn't have seen her smile — her gladness that we are in this evolving life and church together.

And then in the liminal space of night dreams and drowsy thoughts, I sat up in bed. I wondered how we, the church, can look forward into the mystery that God is making around us, while still honoring the beauty of tradition, the legacies we've received. In the mystery and dark of a silent night, I felt nudged to remember that every evolution is a dance of both-and, of a becoming and a letting go. No matter where our gaze goes, remembering where we come from is sacred action because it helps us know who we are, as Sister Teresa Maya said in her UISG address May 6. While we remember, some might do the grieving while others do the dreaming, and the two are not in tension. As I look forward into the now and what's next, I am invited to be fully aware of what's behind me.

The following morning, I sat on the shore of a large lake. I read psalms and listened to birdsong as the sun reflected off the surface of the water. In the glow of newly sprouting grasses rising from the ground, I saw the gentle presence of cobwebs, barely visible. I looked forward into the webs, fragile yet strong, totally new to the world. I saw them for what they were — a home, a structure, amazing creations. But also, a place where one could get caught and die.

[Now on staff at Marywood Franciscan Spirituality Center in northern Wisconsin, Julia Walsh is a Franciscan Sister of Perpetual Adoration, a Catholic youth minister, a committed social justice activist, and a graduate of Catholic Theological Union. Her award-winning writing has appeared in America, Global Sisters Report, Living Faith, and PILGRIM Journal. Visit her online at messyjesusbusiness.com and follow her on Twitter @juliafspa.]

Column | Looking forward into the mystery

A prayer of thanksgiving for Sr. Fintan