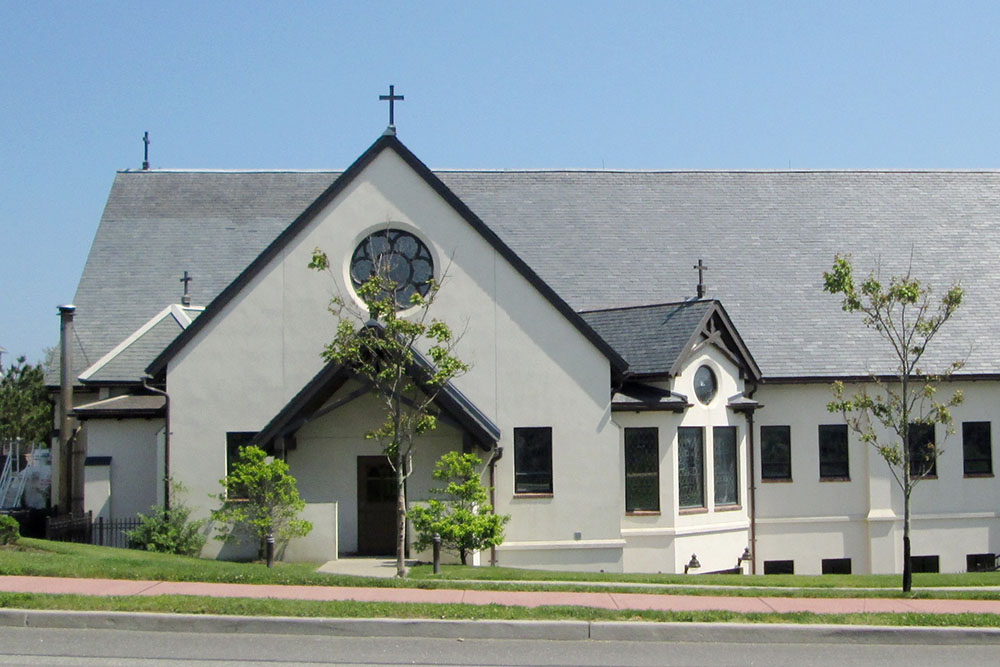 A New York diocese's decision to effectively remove a priest who is a well-known CNN contributor from his posting at a Long Island church has roiled the local community and led the priest's religious order to end its association with the parish.

Passionist Fr. Edward Beck, who has recently expressed criticism about the U.S. Conference of Catholic Bishops on the cable news network, had been serving for about a year as a priest in residence at St. Therese of Lisieux Church in Montauk, New York.

In an Oct. 7 press statement, the North American province of the Passionists said the Rockville Centre Diocese informed Beck in July that his faculties to serve in the diocese would expire on Aug. 31.

"When I got that letter, it was a surprise," said Beck, who told NCR that the diocese did not provide a reason for not extending his faculties.

"In this day and age, you just don't do that to a priest. It raises questions in people's minds," Beck said. "Something like that needs to be clarified and explained, for his personal integrity and reputation."

The Passionists say they have sought from Bishop John Barres a reason for Beck's removal, but have yet to receive an explanation and are now planning to withdraw another Passionist priest, who had been serving as the parish's pastor.

The order's withdrawal from the parish will be effective on Oct. 19, the feast of St. Paul of the Cross, the founder of the Passionists. Parishioners were notified on Oct. 6. The parish trustees at St. Therese Church announced that they will hold a rally Oct. 11 at the parish to demand answers from the diocese.

In response to questions about Beck's removal, a spokesperson for the Rockville Centre Diocese released a one-sentence statement saying there had originally been a "written agreement" between the diocese and the Passionists that specified that Beck's term at the parish "expired on August 31, 2021."

In their Oct. 7 statement, the Passionists took a different point of view, stating: "It had not been, nor was it ever stated that Father Beck would be in Montauk for just a year."

"It's a sense of powerlessness, feeling dismissed and feeling disrespected," said Passionist Fr. Robert Joerger, the pastor at St. Therese Church, who told NCR that his working-class parish in Montauk — located on the far eastern end of Long Island's south shore — had struggled in recent years due to a lack of stable leadership.

"A lot of people were disengaged and left," said Joerger, who said the diocese last year asked his religious order to stabilize the parish. Joerger said the Passionists have since invested time and money to revitalize St. Therese, including renovating the rectory.

"But we can't give [the parish] stability if you destabilize us," Joerger said.

The removal of Beck's faculties caught Beck and his fellow Passionists by surprise. In their statement, the Passionists said the arrangement — Beck lived in residence, assisting Joerger — seemed to be working to the satisfaction of both sides. In May, they said, Barres visited St. Therese Church and complimented the Passionists' ministry there.

"Nothing was wrong, and then I got this letter," Beck said.

Beck received a letter, dated July 28, from Auxiliary Bishop Richard Henning, the new diocesan vicar for clergy, thanking him for his work and informing him that his assignment would be ending on Aug. 31.

Beck received the letter less than a month after he published an opinion essay for CNN in which he criticized the Catholic prelates who voted at their June 16-18 meeting to draft a document on "eucharistic coherence" that grew out of the calls from some conservative bishops to deny the Eucharist to President Joe Biden and other pro-choice Catholic politicians.

"The almost hostile display of disunity among the bishops has been disheartening for many of the faithful," Beck wrote on June 19, in which he also described Biden as "a practicing Catholic who goes to Mass even when he is traveling in foreign countries."

On June 21, Beck discussed his essay on the air with CNN anchor Jim Acosta, in which he said that Catholics he spoke with were "furious" and that the document was the "final straw" for many of them. That same day, conservative EWTN anchor and Fox News contributor Raymond Arroyo attacked Beck on Laura Ingraham's Fox News show, saying that Beck needed "a refresher in the catechism."

In their press release, the Passionists shared a portion of a Sept. 17 letter that their provincial, Fr. James O'Shea, wrote to Barres. In that letter, O'Shea said that since the bishop had chosen not to discuss Beck's continued residency, O'Shea was left to assume that Barres no longer wished "to honor the agreement to have a Passionist Community at St. Therese Rectory."

"You have the right, certainly, to do this and we have no recourse to this decision. Therefore, I have reassigned Father Beck as of August 31 to another Passionist Community," O'Shea wrote.

A day after their parish meeting on Oct. 6, the parish trustees of St. Therese Church issued a prepared statement calling the change "unjustified" and asking the bishop to engage in "good faith discussions" with the Passionist order and revise his "unfortunate and unjust" order.

"We deserve better. Silence is not leadership. If Bishop Barres' refusal to engage or explain persists, it will be difficult for us to interpret other than as evidence of episcopal arrogance, cowardice, or some combination of the two," the trustees said.

The Passionists effectively described Beck's and Joerger's appointments to the parish as contingent upon each other. The Passionists said they assigned Joerger as pastor of the parish in the spring of 2020 at the diocese's request, with the stipulation that Joerger would be able to be in community with another Passionist priest.

Beck, who at the time was on a writing sabbatical and living in Los Angeles, agreed to move across the country and take up residence with Joerger in Montauk.

The Passionists said O'Shea has reached out to Barres several times to discuss the matter of Beck's faculties, but have not received an explanation for why they would not be extended.

A version of this story appeared in the Oct 29-Nov 11, 2021 print issue under the headline: New York diocese's unexpected removal of popular CNN priest roils parish.