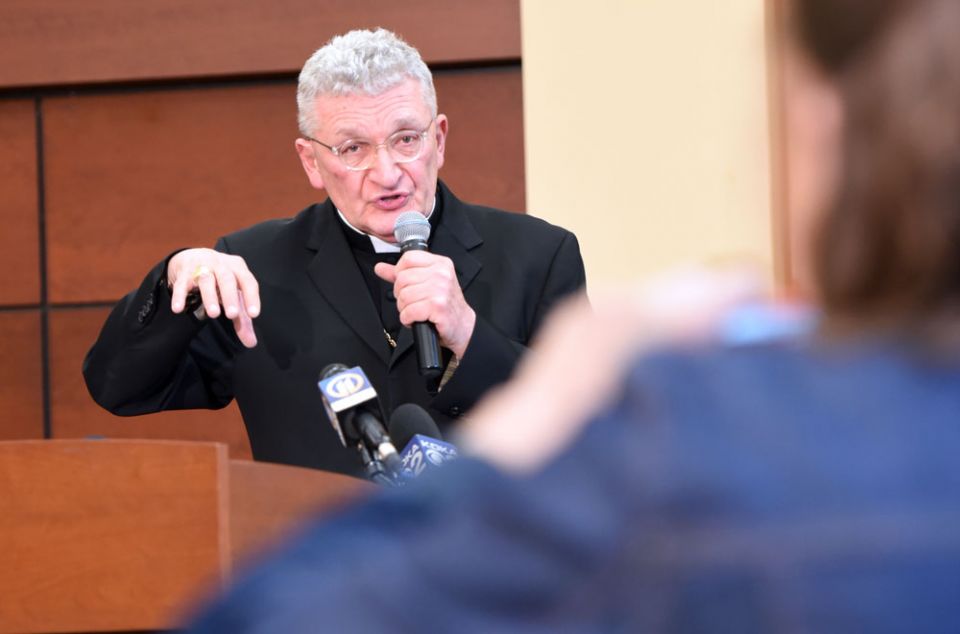 The Diocese of Pittsburgh is on its way to a complete makeover. Bishop David Zubik announced April 28 that the diocese will continue its reorganization process, transforming 188 parishes into 57 (previous plans called for only 48 parishes). The heavy lifting will begin in October, as pastors are reassigned to lead the new entities, which will include multiple parishes merged into single parishes.

No church closings have been announced, but it is expected that some churches will be sold as parishes figure out the best ways to consolidate resources. The bishop said the changes are needed due to declining church attendance and numbers of clergy. The diocese currently has 200 priests in active ministry, 632,000 Catholics and an estimated 138,900 weekend worshipers.

A court rules that parishes in the Archdiocese of St. Paul and Minneapolis will be spared from paying for a bankruptcy settlement rising out of sex abuse settlements.

In Springfield, Massachusetts, the mayor wants to crack down on a church serving as an immigration sanctuary. The faith community responds, but there has been no comment so far from the local Catholic bishop.

Most Precious Blood Parish in Angola, New York, a part of the Diocese of Buffalo, is hit with the revelation that four of the priests who served the church have been accused of sex abuse.

Are Catholic parishioners/voters turning away from the Republicans because of immigration issues?

Three Catholic elementary schools to close in the Diocese of Rockford, Illinois.

Catholics in Youngstown, Ohio, respond to news that Bishop George Murry is undergoing treatment for leukemia.

Prom season is at its height. Now a Catholic high school in Dearborn, Michigan, is in the midst of a controversy over the issuance of "modesty ponchos." Some girls see it as body shaming.