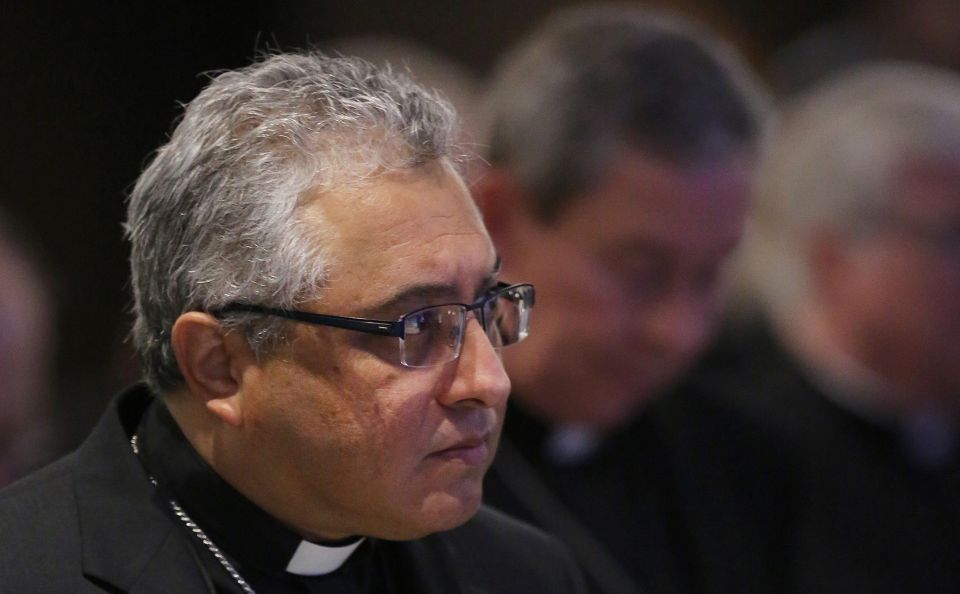 The 58-year-old Texas bishop succeeds the late Bishop Richard Garcia, who died July 11 of complications from Alzheimer's disease. He was 71 and had headed the diocese since 2007.

The appointment was announced Nov. 27 in Washington by Archbishop Christophe Pierre, apostolic nuncio to the United States.

Daniel Garcia, who is a native of Texas, has been an auxiliary bishop for Austin since 2015. He was ordained a priest for the diocese May 28, 1988. He is bilingual in Spanish and English.

He will be installed as the fifth bishop of Monterey Jan. 30.

In 2015, Francis appointed Daniel Garcia as the first auxiliary bishop of Austin, serving with Austin Bishop Joe Vasquez. A year earlier Vasquez had appointed him vicar general and moderator of the curia.

Daniel Garcia was born Aug. 30, 1960, the eldest of four children of Daniel Castilleja Garcia Jr. and the late Sarah Munoz Garcia. He grew up in Cameron, Texas.

Daniel Garcia has served in a variety of roles in the  Austin Diocese. His first assignment was as associate pastor of St. Catherine of Siena Parish in Austin, followed by Cristo Rey Parish in Austin and St. Louis King of France Parish in Austin. He briefly served at St. Mary Magdalene Parish in Humble in the Galveston-Houston Diocese.

In 1995, he was named founding pastor of St. Vincent de Paul Parish in Austin, leading the parish from its inception through multiple building projects until his appointment as vicar general and moderator of the curia in 2014. His episcopal ordination as Austin auxiliary bishop was March 3, 2015.

The Monterey Diocese covers about 22,000 square miles in central California. It has a total population of close to 1.05 million; about 20 percent, or 209,650, are Catholic.

In April of this year, Richard Garcia was diagnosed with the onset of Alzheimer's disease and "experienced a very rapid decline in health," the diocese said in a statement at the time of his death.

"As a spiritual shepherd, he had a special concern for the poor, the incarcerated, migrant workers and immigrant communities," it said. "He was proud of his Mexican-American heritage and the diversity of cultures that are represented in the church."

The diocese added: "Bishop [Richard] Garcia was known for his very personable, welcoming and friendly demeanor. He always had time for his priests, deacons, religious, seminarians and the people of God throughout the Diocese of Monterey."

At his installation Mass, a multilingual liturgy which drew over 1,700 people to the Monterey Conference Center, the late bishop had asked Catholics of California's central coast to "work with me, minister with me, collaborate with me, build with me and love with me."