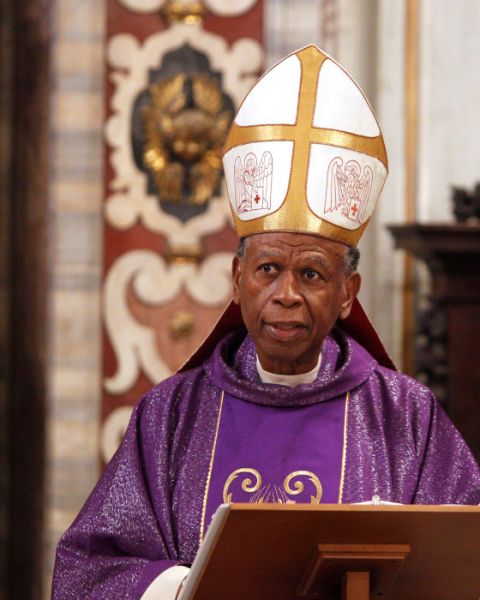 Bishop Edward K. Braxton of Belleville, Ill., gives the homily as U.S. bishops from Illinois, Indiana, and Wisconsin concelebrate Mass at the Basilica of St. John Lateran in Rome Dec. 11, 2019. Pope Francis accepted his resignation April 2, 2020, and has appointed Father Michael G. McGovern, a pastor in the Archdiocese of Chicago, as his successor. (CNS/Paul Haring)

Washington — Pope Francis has accepted the resignation of Bishop Edward K. Braxton of Belleville, Illinois, and has appointed Fr. Michael G. McGovern, a pastor in the Archdiocese of Chicago, as his successor.

Braxton, who has headed the Belleville Diocese since 2005, turned 75 last June, the age at which bishops are required to turn in their resignation to the pope. Bishop-designate McGovern, who was ordained to the priesthood May 21, 1994, by Chicago Cardinal Joseph L. Bernardin, is currently pastor of St. Raphael the Archangel Church in Old Mill Creek, Illinois.

The appointment was announced April 3 in Washington by Archbishop Christophe Pierre, apostolic nuncio to the United States.

At this time of the pandemic where everyone is being asked to abide by the Illinois governor's a stay-at-home order, "we're almost drawn together by our very separation," Braxton said in a video message welcoming his successor's appointment.

He noted that because of the current situation, Bishop-designate McGovern could not be in the Belleville Diocese in person, which was something he and the newly name bishops "regret very much."

Braxton, one of the nation's 10 African American Catholic bishops, welcomed his successor in the name of the faithful of the diocese and in his own name, "assuring him of our fervent prayer." "I pray the Holy Spirit will empower him with the grace and gifts he will need" to spread the Gospel in the small mostly rural diocese with limited pastoral resources diocese.

In a congratulatory statement, Chicago Cardinal Blase J. Cupich said McGovern, 55, "has served the people of God and the church with humility and distinction for more than 27 years."

"We are confident he will be a strong and compassionate leader for the Belleville Diocese, and we look forward to working with him."

The newly named bishop said he was "honored and humbled" by his appointment as the ninth bishop of Belleville.

"I thank the Holy Father for the confidence he has placed in me, and want to express my abiding respect and full support of him, who as the successor of St. Peter the Apostle, preserves the unity of love in the church," he said in a letter to his parishioners posted on the parish website.

"Since receiving news of this appointment last week, I have been praying for the people of St. Raphael and reflecting on the many faith-filled members of our parish," McGovern said. "I am grateful for how you have shared your faith in Jesus Christ with me, sharing your stories of how you have encountered Jesus Christ in your lives and how much the Lord has done for you."

He said that due to the coronavirus, a date has not yet been set for his episcopal ordination and installation in Belleville. 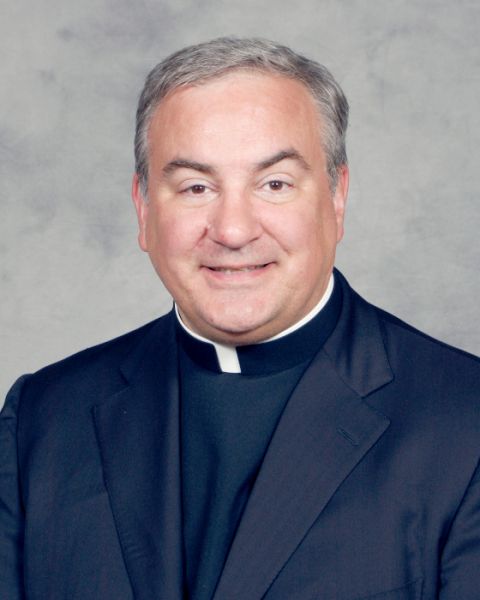 "In the meantime, I will continue as your pastor, walking together with you on our journey of faith in the coming months. I hope to know after Easter more about what a transition at St. Raphael might look like," he added. "Please know that you are all in my heart this Holy Week and in the years ahead."

Born Aug. 1, 1964, in Chicago, McGovern is a native of the city's Beverly neighborhood, and grew up in a large Catholic family in which Catholic education was emphasized. A graduate of St. Ignatius College Prep and Loyola University, where he earned a bachelor's degree in sacred theology, he entered the University of St. Mary of the Lake Seminary in Mundelein, Illinois, in 1990.

After his 1994 ordination, his first pastoral assignment was as associate pastor at Queen of the Universe Parish in Chicago, 1995-1998, then associate pastor the next year at St. Mary Parish in Lake Forest, Illinois, and at the same time served a year associate chancellor of the Chicago Archdiocese. He was vice chancellor from 1999 to 2000 and the next two years was the archbishop's delegate for extern and international priests studying or working in Chicago parishes.

From 2004 to 2012, McGovern was pastor of St. Mary Pariah in Lake Forest. He became pastor of St. Raphael the Archangel in Old Mill Creek July 1, 2016. He is also a member of the board of trustees of St. Ignatius College Prep. He has served as a member of the priests' council and the college of consultors in the Archdiocese of Chicago.

Braxton was born in Chicago and he was ordained a priest for the Chicago Archdiocese. He is a former auxiliary bishop of St. Louis and former bishop of the Diocese of Lake Charles, Louisiana.

He has been a strong advocate for greater church openness to African Americans, including ways of better expressing the faith to a black culture.

In 2015, he wrote a pastoral letter on the racial divide in the United States. In 2017, in a presentation at The Catholic University of America in Washington he said every person "must do something," whether big or small, to address racism in this country.

In 2019, a year that saw many multiple shootings, Braxton decried the "crisis of gun violence" in the United States and asked Catholics in his diocese to come together and think of ideas to stop these tragedies from recurring.

Retired Archbishop Flynn of St. Paul and Minneapolis dies at 86