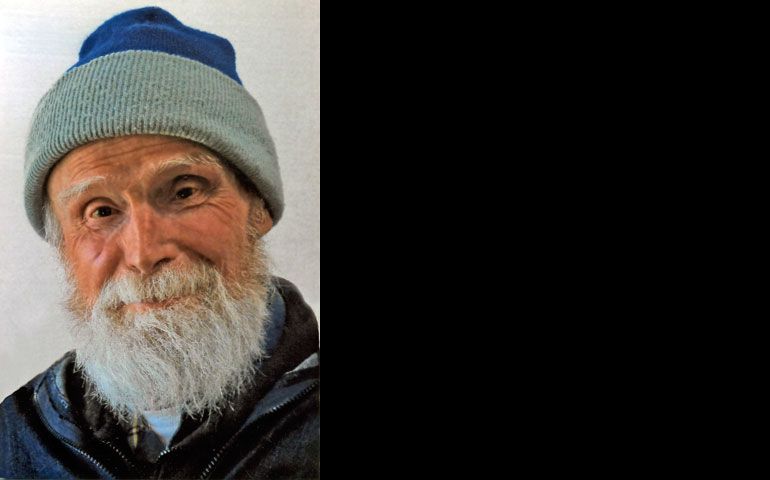 Camaldolese Benedictine Fr. Cyprian Consiglio, prior of the New Camaldoli Hermitage where Barnhart was a member, described Barnhart as "a scintillating intellect, but he also had a deep wisdom. He was a marvelous spiritual director."

"His intellectual gifts were his most outstanding feature," he continued. "You never met a mind like that."

That mind earned a Bachelor of Science and a master's degree in chemistry, and authored books on sapiential Christianity.

Barnhart served two years in the Navy, working in lab tech biochemistry at the Bethesda Naval Hospital, where a lab accident caused him to lose sight in one eye.

While recovering from the accident, Barnhart "had a deep conversion experience," Consiglio said.

Barnhart visited the Trappists of Spencer, Mass., and Genesee, N.Y., as well as the Carthusians at Sky Farm in Vermont before contacting the New Camaldoli Hermitage in 1959. He took monastic vows Nov. 6, 1960, was ordained on April 3, 1966, and served as prior of New Camaldoli from 1969 to 1987.

Consiglio said Barnhart suffered from macular degeneration in his good eye and it became difficult for him to read and write at the end. "It was really painful for him. His whole life was wrapped around the intellect."

Since 1994, he had been editor of The Golden String, the official publication of the Bede Griffiths Trust. He served as a retreat director and prior at Epiphany Monastery in New Hampshire.

He is the author of The Good Wine: Reading John from the Center (1993), Second Simplicity: The Inner Shape of Christianity (1999) and The Future of Wisdom: Toward a Rebirth of Sapiential Christianity (2007). He co-edited Purity of Heart and Contemplation: A Monastic Dialogue Between Christian and Asian Traditions (2001).

NCR's Tom Fox spoke with Barnhart in a two-part podcast interview in August 2009 about the hunger for wisdom.

"A lot of people when they write about mysticism, they look at the experience as the end, as the goal of the spiritual life," Barnhart told NCR. "But I think it's more like the beginning. You go from there. Something is put into you which takes the rest of your life to work it out, to express it, to incarnate it, to make it real in this world."

He also talked about the paradox of Christian wisdom: "All the wisdom disappears at a certain point, because we live in a world and an economy of faith. Wisdom seems to go down the drain on you. And then it recovers when you need it. ... It also is the wisdom of the cross."

Barnhart served as a spiritual director and mentor to many, including the Rev. Cynthia Bourgeault. He was her spiritual director and friend for more than 30 years. In a reflection on Barnhart's life posted on the Contemplative Society website, she wrote, "More than any other spiritual writer I know, he is the one who has most perfectly integrated the distinctly different Western and Eastern understandings of non-duality."

Noting in her reflection that Barnhart was a personal friend of Griffiths, a Benedictine monk who lived in ashrams in India, and Henri Le Saux, known as Abhishiktananda, a French monk in India, Bourgeault said, "Bruno understood deeply the Advaitic non-duality of the East and was powerfully attracted to it. But his deep grounding in Christianity's incarnational epicenter made him unwilling to conflate Christian Wisdom with the basically monistic traditions of Sophia Perennis, or 'perennial wisdom.' "

This rabbinical school is moving into a Catholic university