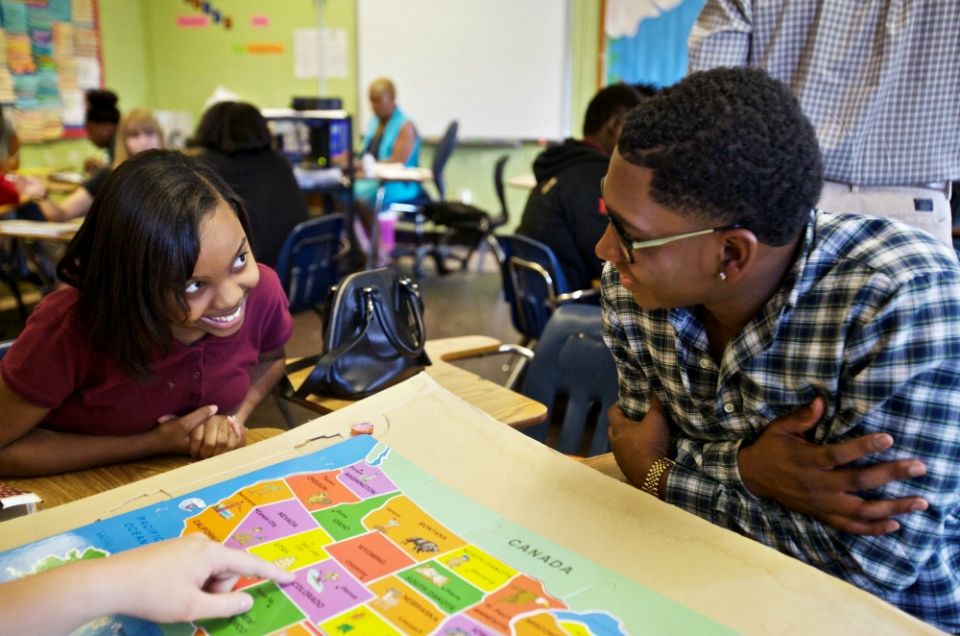 MOBILE, ALA. — Spring Hill College is teaming up with Wilmer Hall, a local children's home, to launch the Max Miller Education Program this January, according to a Jan. 4 press release from the college.

More than 100 middle-school students at three local schools will receive support through the program, which will introduce Wilmer Hall's Education4Life model to the schools' tutoring programs. Spring Hill's Albert S. Foley, SJ Community Service Center has been coordinating tutoring at schools for the past five years.

The middle-school students will be tutored by Spring Hill students, supervised by Jacqui Virgil, director of Wilmer Hall's program at another local school. In the 10 years of its existence, the Education4Life program has maintained a 100 percent graduation rate, according to the press release.

OMAHA, NEB. — The Omaha World-Herald reports that the Omaha Archdiocese is partnering with Boston College to introduce a new dual-language learning program, teaching in both Spanish and English.

The Omaha Catholic School Consortium Dual Language Academy will launch at the beginning of the 2018-19 school year. Children from preschool to kindergarten will attend at St. Stanislaus, an archdiocese-owned school that closed in 2013. Sts. Peter and Paul and Our Lady of Lourdes schools will offer dual-language tracks for first through eighth grades as needed, while maintaining their English-only instruction.

The program comes at a time when nearly half of American Catholics are Hispanic, but Hispanic children are drastically underrepresented in Catholic grade schools. Boston College is partnering with 25 other Catholic schools to introduce similar programs through its Two-Way Immersion Network for Catholic Schools.

DUBUQUE, IOWA — Loras College has landed a $20,000 grant from the Dr. Scholl Foundation, according to a Jan. 4 press release from the college. The money will help continue to fund the Dr. Scholl Internship Away Scholarship Program.

In the last nine years, the foundation has given $400,000 to support the program, which has helped Loras College students pursue internships throughout the country and around the world.

"Loras is committed to providing accessible internships that expand a student's involvement beyond the classroom in a hands-on, professional environment," Loras president Jim Collins said in the press release. "National statistics indicate students who intern tend to stay in college and are employed post-graduation at a higher rate than those who don't intern."

SEATTLE — Seattle University will host the Crosscut Festival Feb. 2-3. The festival "will bring together some of the boldest thought leaders in politics, business and social justice activism to be interviewed live on stage by some of the finest journalists in the Pacific Northwest," according to the event's website.

What's it about | Crosscut Festival

A promotional video for the Crosscut Festival, to be held at Seattle University Feb. 2-3

In a Jan 9 press release, Regis said it "will provide the instructional design and technology, project management and other pertinent resources while [Loma Linda] will provide the content and its own faculty to lead the online courses."

While Regis would typically retain all intellectual property rights for the program, the university, through its Higher Learning Partners department, will set Loma Linda up to run its own online courses.

"The work we do is disruptive of this industry, and it's innovative," Thomas Gilhooly, executive director of Higher Learning Partners, said in the press release. "We want to teach our friends at other universities how to fish for themselves."