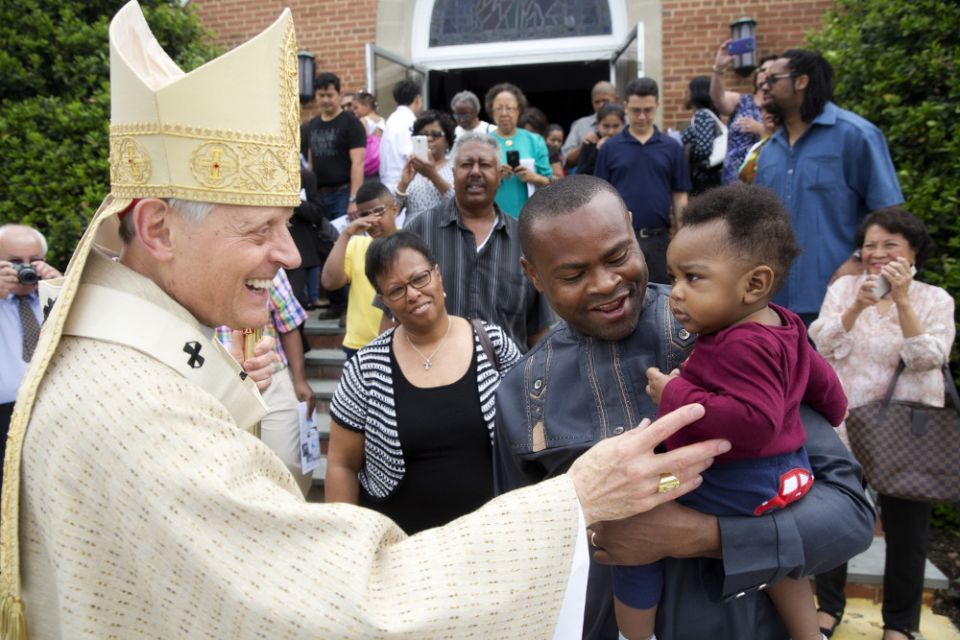 Washington — The sin of racism must be recognized, confronted and overcome, Washington Cardinal Donald Wuerl said in a new pastoral letter, "The Challenge of Racism Today."

"Intolerance and racism will not go away without a concerted awareness and effort on everyone's part. Regularly we must renew the commitment to drive it out of our hearts, our lives and our community," the cardinal wrote in a letter dated Nov. 1, All Saints' Day, that was addressed to the clergy, religious and laity of the Catholic Church of Washington.

The letter from Washington's archbishop comes at a time when racism issues and calls for racial justice have sparked protests on city streets, college campuses and even pro football fields across the country.

"The mission of reconciliation takes on fresh emphasis today as racism continues to manifest itself in our country, requiring us to strengthen our efforts. We are all aware of incidents both national and closer to home that call attention to the continuing racial tensions in our society," Wuerl wrote.

He noted that the nation's Catholic bishops have established an Ad Hoc Committee Against Racism made up of clergy, laywomen and laymen "to speak out against this divisive evil that leave great harm in its wake."

He cited the story of creation from the Book of Genesis and Catholic teaching in the Catechism of the Catholic Church on the equality and human dignity of all people.

"What makes us equal before God and what should make us equal in dignity before each other," Wuerl noted, "is that we are all sisters and brothers of one another, because we are all children of the same loving God who brought us into being."

Racism, he said, is a "sin against our neighbor" that offends God and goes against the unity of the body of Christ, a unity that all Christians share by means of their baptism.

The letter's release coincides with the Catholic Church's celebration of November as Black Catholic History Month. The cardinal noted how the "stain of racism" has affected people in every continent throughout history, often manifesting itself in marginalization, discrimination and oppression to indigenous people or newcomers.

But the cardinal added that "in our homeland, the most profound and extensive evidence of racism lies in the sin of centuries of human trafficking, enslavement, segregation and the lingering effects experienced by African-American men, women and children."

He noted that St. John Paul II in the Great Jubilee Year called for the recognition of sins committed by members of the church during its history.

"Today we need to acknowledge past sins of racism and, in a spirit of reconciliation, move toward a church and society where the wounds of racism are healed," Wuerl said. "In this process, we need to go forward in the light of faith, embracing all of those around us, realizing that those wounded by the sin of racism should never be forgotten."

"At the same time," he continued, "we acknowledge the witness of African-American Catholics who through eras of enslavement, segregation and societal racism have remained steadfastly faithful. We also recognize the enduring faith of immigrants who have not always felt welcome in the communities they now call home."

"The Challenge of Racism Today" is the 10th pastoral letter issued by Wuerl as archbishop of Washington.

Earlier letters focused on topics such as supporting and strengthening Catholic education: upholding Catholic identity in challenging times; finding a spiritual home in the church; sharing the Catholic faith with others; and relying on God's mercy in the sacrament of reconciliation.

Wuerl opened his new pastoral letter describing how he sees the diverse face of the Catholic Church as he celebrates Mass in churches throughout the Archdiocese of Washington. More than 620,000 Catholics live in the area covered by the archdiocese, which includes the city of Washington and the suburbs and rural countryside of five surrounding Maryland counties.

"On almost any Sunday, we can join neighbors and newcomers from varied backgrounds," the cardinal wrote. "We take great pride in the coming together for Mass of women and men, young and old, from so many lands, ethnic heritages and cultural traditions. Often we can point to this unity as a sign of the power of grace to bring people together."

He described the pioneering efforts of Cardinal Patrick O'Boyle. Soon after becoming Washington's first resident archbishop in 1948, he began integrating Catholic schools in the archdiocese. This took place years before the Supreme Court's landmark Brown v. Board of Education ruling in 1954 that outlawed segregated schools.

O'Boyle also offered the invocation at the 1963 March on Washington, where the Rev. Martin Luther King Jr. gave his famous "I Have a Dream" speech.

Wuerl said his pastoral letter underscored the Catholic teaching on racial justice and equality shared and expressed over the years by every archbishop of Washington.

Racism, the cardinal noted, continues to manifest itself in many ways, as it is experienced personally, in institutions or in society. "Often racism is both learned from others and born of ignorance from not interacting with people who are from a different culture and ethnic heritage," he wrote, adding, "…The pain it causes in people's lives is very real."

Wuerl said people's diversity enriches the Catholic Church and our world, and the response to Christ's love should inspire Christians to work for solidarity. 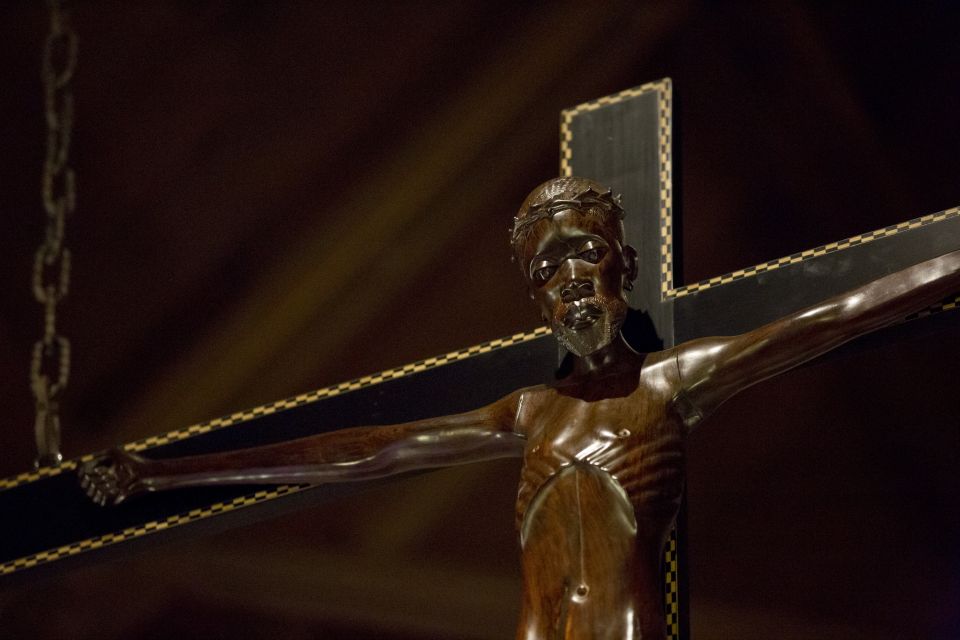 "As we struggle to remove the attitudes that nurture racism and the actions that express it, we must show how the differences we find in skin color, national origin or cultural diversity are enriching," he wrote. "Equality does not mean uniformity. Rather each person should be seen in his or her uniqueness as a reflection of the glory of God and a full, complete member of the human family."

The cardinal said all of the parishes and schools in the archdiocese seek "to provide a welcoming and inclusive home for all. We must all seek to affirm and rejoice in the gift of our diversity," he said. "Such a task is underscored in our archdiocesan-wide trainings in intercultural competency for parishes, schools, programs for our seminarians, and newly ordained priests to be better able to serve culturally and ethnically diverse communities."

He said the archdiocese's Office of Cultural Diversity and Outreach sponsors many Masses and other faith and cultural events to celebrate the diverse heritage of Catholics. Catholic Charities and the Spanish Catholic Center provide a range of services, and Catholic schools in the archdiocese educate children from all backgrounds.

He also encouraged parishes to "follow Pope Francis's example in promoting a spirit of dialogue and encounter with others," by confronting the evil of racism and promoting unity and understanding through homilies, prayers at Mass, and parish programs and evangelization efforts.

Wuerl said the effects of racism on housing, employment, public education and the criminal justice system need to be addressed.

Religious faith has an important role, he added, in confronting the key challenges of today, especially in standing resolutely for the dignity of all human life.

Eliminating racism might seem "too great a task for any one of us or even for the whole church," Wuerl said.

"Yet we place our confidence in the Lord. In Christ, we are brothers and sisters to one another. With Christ, we stand in the spirit of justice, love and peace," he said.

Violent summer pushes US to once again deal with racism