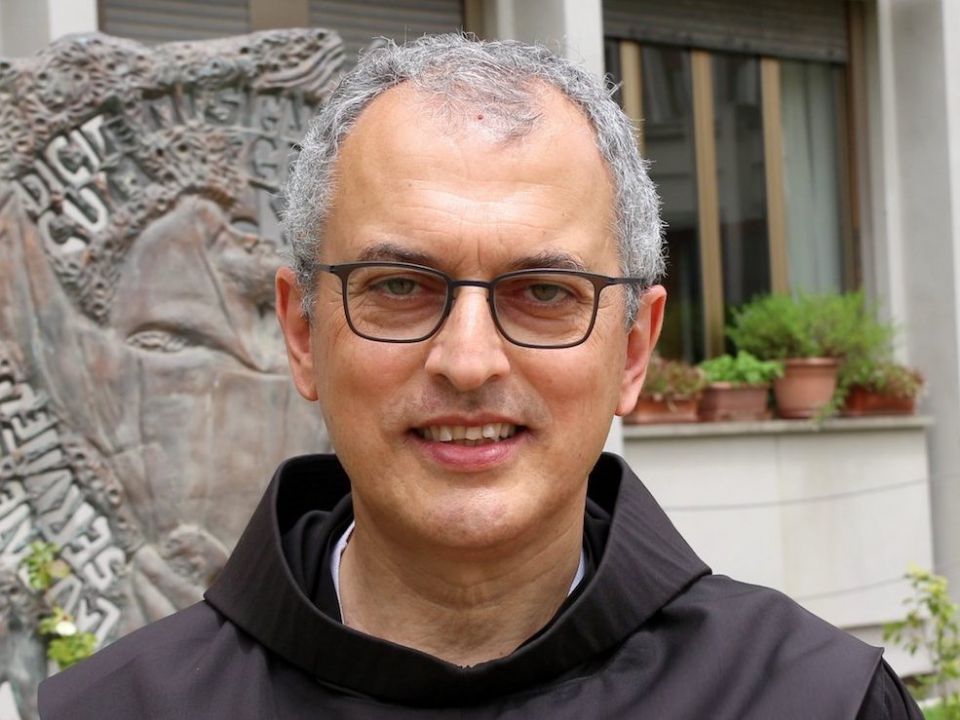 Rome — Members of the general chapter of the Order of Friars Minor elected Rome-born Fr. Massimo Fusarelli as the new minister general of the worldwide Franciscan order.

The general chapter July 3-18 brought together 116 Franciscans representing some 13,000 friars. The election of the new head of the order took place July 13.

Pope Francis congratulated Fusarelli and assured him of his prayers in a telegram sent shortly after the election. "May the seraphic father, St. Francis, be an encouragement for you in leading your brothers," the pope wrote.

Fusarelli, 58, succeeds U.S. Franciscan Fr. Michael Perry, who was elected minister general in 2013 to finish the term of Archbishop José Rodríguez Carballo when he was named secretary of the Congregation for Institutes of Consecrated Life and Societies of Apostolic Life. Perry was elected to a six-year term in 2015.

The new minister general — the order said he is the 121st successor to St. Francis of Assisi — was born in Rome March 30, 1963, and entered the Franciscans in 1982. He professed his solemn vows in January 1989 and was ordained to the priesthood that September.

He studied at the Franciscans' Pontifical Antonianum University and earned a licentiate degree in patristics from the Augustinian Patristic Institute, both in Rome.

Fusarelli has held several offices in the Franciscans' St. Bonaventure Province, which covers Italy's Lazio and Abruzzo regions and served the international order as general secretary of formation and studies from 2003 to 2009. On behalf of the order, he was the visitor general overseeing the process of uniting the six provinces of northern Italy into one Franciscan province.

Until being elected minister of the Rome-based province in 2020, he was the pastor and guardian of the church and friary of San Francesco a Ripa in Rome's Trastevere neighborhood. The Franciscan community there welcomes migrants and low-income people who need a temporary home and help with training or finding jobs.

U.S. Franciscan Fr. Jason Welle, director of studies at Rome's Pontifical Institute for Arabic and Islamic Studies and a member of the Trastevere community, said July 13 that Fusarelli is "serious, intelligent, has the experience necessary, and there is no guile in him. I trust him absolutely, and I'm so thrilled that the lot fell to someone who is undoubtedly capable of the role."

The new minister general, he said, "has headed an office in the curia before so he knows the structures of the order very well, but his last few years have been dedicated to pastoral work among the vulnerable. He spent a year with the people of Amatrice after the terrible earthquake there, then three years in Rome as guardian of a house of welcome for migrants and the homeless, while also serving as pastor of the parish."