'I'll Never Tell' is a candid memoir of a media priest 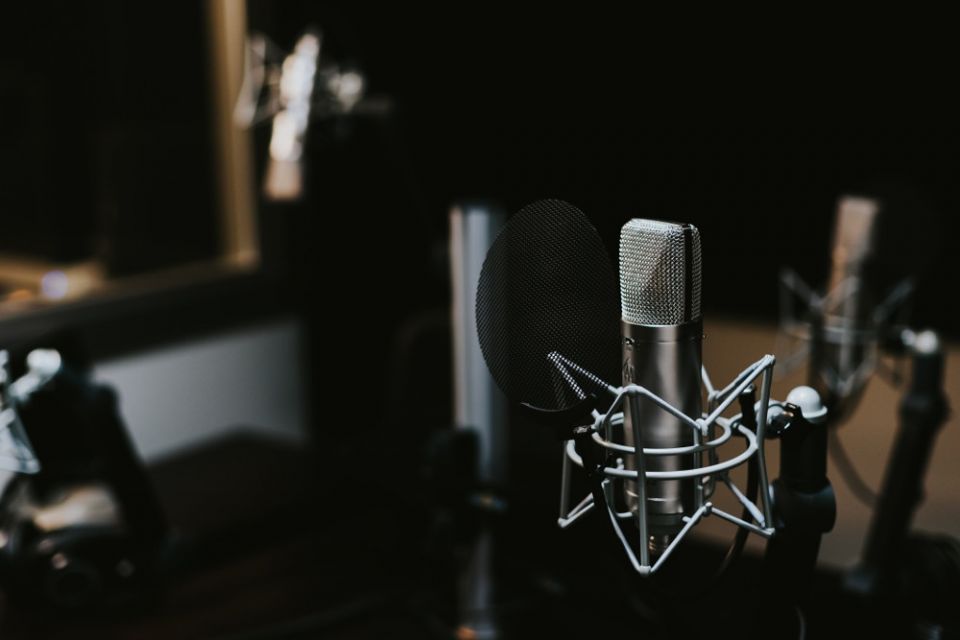 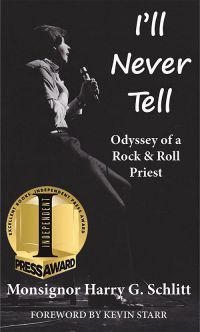 Chances are that you have seen or heard Msgr. Harry G. Schlitt: on ABC Christmas specials, on talk shows produced in Chicago or New York, on myriad Bay Area productions and programs, or during his 20 years with Armed Services Radio.

His God Squad Productions continues to produce a widely broadcast weekly television Mass. Bay Area "Father Harry" fans might be surprised to learn that the "God Squad" was not born in their neighborhood, but was trademarked by Schlitt in 1968 while he was working at a top-40 station on Route 66 in the Ozarks.

(Full disclosure: I have known "Father Harry" more than 30 years, first during my time with the Diocese of Oakland, California, and then during two stints with Catholic San Francisco newspaper.)

Named after his early years' popular call-in radio program for teens, I'll Never Tell allows readers to really get to know this guy from the inside out.

It is an affable and intriguing journey — from his birth on his family's kitchen table and upbringing as a mechanic's son in small-town Missouri to his formative days at the North American College in Rome and his heady work as a mass media ministry pioneer.

Although Schlitt is known nationally, Bay Area familiarity with "Father Harry" and his colleague "Father Miles" would be hard to overstate. Fr. Miles O'Brien Riley and Schlitt were the Archdiocesan Communications Center, and from that platform created saturation-level radio and television programming.

Schlitt reports, "If you didn't like the sound of my voice, you would not want to turn on any radio or television in San Francisco on a Sunday morning."

One could be tempted to accuse the born broadcaster of name-dropping — Merv Griffin, Bob Hope, Michael Douglas, Joan Crawford, Cleavon Little, James Brown, Melba Moore, Elton John, Cyndi Lauper, Kenny Rogers, the Lennon Sisters, etc. And then there is a long list of high-ranking church people, whether Archbishop Fulton Sheen or popes with whom he has rubbed shoulders.

But Schlitt's self-deprecating style and sense of humor redeem him.

So does his honesty. For example, he is straightforward in describing his relationships with women over time, some more than flirtations. He makes his respect for women's talents and abilities clear and is sympathetic toward their ordination.

Schlitt was ordained at St. Peter's Basilica in 1964 as the Second Vatican Council unfolded around him. Expectations of mandatory celibacy's end were in the air. Schlitt admits, "I thought I would be married within five years of my ordination. I sincerely believed that priests would be allowed to marry and raise families and I think most of my classmates felt the same way."

The Vatican Council's emphasis on the church being first and foremost "the people of God" also had a profound impact on him and his vocation.

His recall of colorful details is just plain fun. For example, a beer refill at Nadine's Bar next to the KICK Radio station in Springfield, Missouri, cost an extra five cents if you wanted a clean glass. Or take his memory of a priest friend rustling up bacon and eggs after one of Schlitt's first Masses at Maryknoll House in Rome.

His story also offers backroom insights into national church communications efforts, which have been well-informed by his experiences, including the time he traveled the country (75,000 miles in a year) trying to convince bishops to buy into their own Catholic Telecommunications Network of America, and his term as the Catholic Communication Campaign's national director.

His observations on the collapse of Catholic Telecommunications Network in the 1980s would be good reading for Catholic communicators today.

Schlitt says Pope Francis "has renewed my hope and trust in the Vatican and is beginning to open the treasure chest of the Church, not filled with gold, frankincense and myrrh but rather with a rich tradition of helping those who cannot help themselves, of reaching out to those who might have made bad choices … and given them a new lease on life."

He says he is "looking forward to going back to where we were going 50 years ago."

Ironically, he indicates, the church's fresh engagement with the world signaled by Vatican II has not been apparent in recent years in the San Francisco Archdiocese, where he served for 16 years as moderator of the curia and vicar general before retiring.

He alludes to the high-profile controversy over faculty handbooks and is clearly chafed by "all the money I saved and worked for to balance the [archdiocesan] budget flowing down the pipes with a few good flushes."

Schlitt is described by those who know him as charismatic, engaging, intelligent, fun, athletic, rakish, and at times blunt. His memoir — winner of the Independent Press first place award for autobiography — fleshes that out.

I'll Never Tell is at once an intriguing and candid autobiography of one of the San Francisco Bay Area's best known media personalities and a revealing reflection on priesthood.

[Dan Morris-Young is a contributor for NCR's Field Hospital blog.]

Scorsese's 'Silence' is his most Catholic film