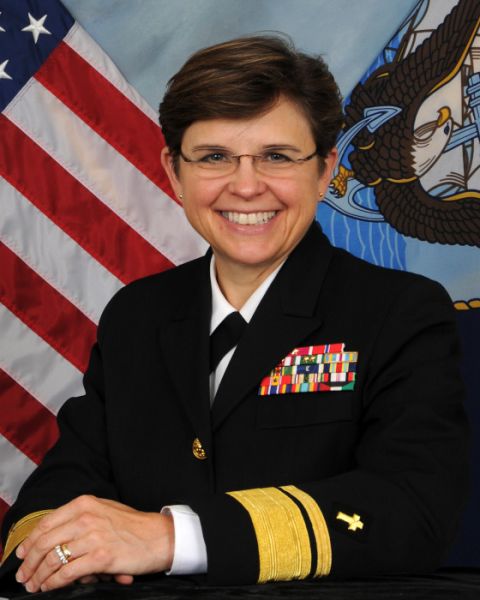 Washington — With the year-end announcement that Jesuit Fr. Pat Conroy would be retiring as chaplain of the House of Representatives, Speaker of the House Nancy Pelosi announced that for the first time, a woman will take over the post.

In a Dec. 31, 2020, press release, Pelosi announced that Rear Adm. Margaret Grun Kibben would replace Conroy, who has served as the 60th House chaplain since 2011.

Kibben, a Presbyterian minister, will be "the first woman to serve in this historic position, which has been enshrined in our Democracy since the First Congress in 1789," said Pelosi, D-California.

"Kibben brings decades of decorated experience in the military and the ministry, as a retired Rear Admiral who served as the U.S. Navy's Chief Chaplain and the chaplain of the Marine Corps. Her integrity, experience and patriotism will serve the Congress and the country well, as she ministers to the needs of members," the statement said.

The House chaplain is responsible for offering a prayer at the beginning of each day when Congress is in session. The nondenominational prayer in the House chamber is broadcast live on HouseLive.gov and on C-SPAN. It's also archived in the Congressional Record and is part of the official rules of the House to get the day started.

Conroy, a lawyer, made headlines in April 2018 when then-Speaker of the House Paul Ryan asked for and received his resignation even though the priest made it clear that he didn't want to leave the post.

Some speculated then that a prayer at a time when politicians were weighing a tax cut that largely benefited the rich, an effort spearheaded by Ryan, is what set off the dismissal. 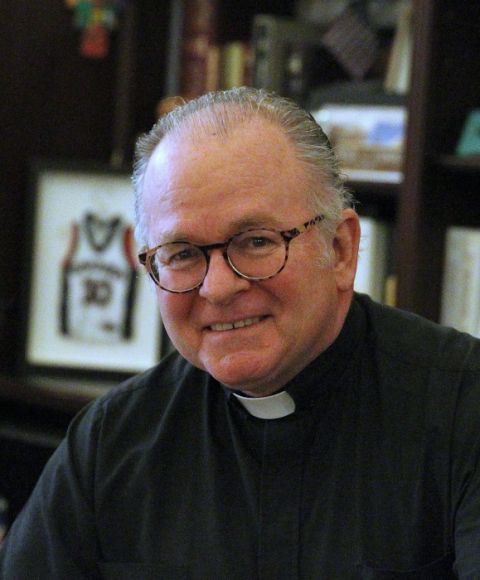 Jesuit Fr. Patrick J. Conroy, retiring chaplain for the U.S. House of Representatives, is pictured in a May 8, 2017, photo. Retired Rear Adm. Margaret G. Kibben will replace him as next House chaplain and will be the first female chaplain for either chamber. (CNS/Rhina Guidos)

"May all members be mindful that the institutions and structures of our great nation guarantee the opportunities that have allowed some to achieve great success, while others continue to struggle. May their efforts these days guarantee that there are not winners and losers under new tax laws, but benefits balanced and shared by all Americans," Conroy prayed as lawmakers considered the tax bill.

Back then, via Twitter, fellow Jesuit Fr. James Martin, editor at large of America, the Jesuits' national magazine, said if that prayer is what led to the firing, "then a Catholic Speaker of the House fired a Catholic chaplain for praying for the poor."

Conroy rescinded his resignation following an outcry and outlasted Ryan, who said he would not be seeking reelection later that year.

"The service of Fr. Pat Conroy has been a blessing to members on both sides of the aisle," said Pelosi in announcing the retirement.

"Throughout his service, Fr. Pat fulfilled the calling of St. Ignatius of Loyola: 'for the greater glory of God.' His service has been a spiritual and moral anchor for members, grounding our institution in the values of faith and country and reminding our members of our responsibilities to our great nation and constituents. All members wish Fr. Pat well as he enjoys his well-deserved retirement from the House."

In a 2017 interview with Catholic News Service, Conroy said part of the chaplain's job was to pray for the president and members of Congress and that meant leaving personal political views out of it.

With the unique nature of this job, he said, the relationships he formed were "more important than my engaging in a political argument or discussion."

Instead, he said he listened to the concerns of his unusual spiritual flock and in some cases, he helped politicians discern.

"I think it's why the chaplain's office is important. There's that person in this place who can actually be honest and actually be human, not political, because everything else here is political, everything," he told CNS.

Kibben, who entered active duty in 1986 through the Navy's Theological Student Program, took over the post Jan. 3, 2021.

She holds a bachelor's degree from Goucher College, a master's in divinity and a doctorate in ministry from Princeton Theological Seminary and a master's in national security and strategic studies from the Naval War College.