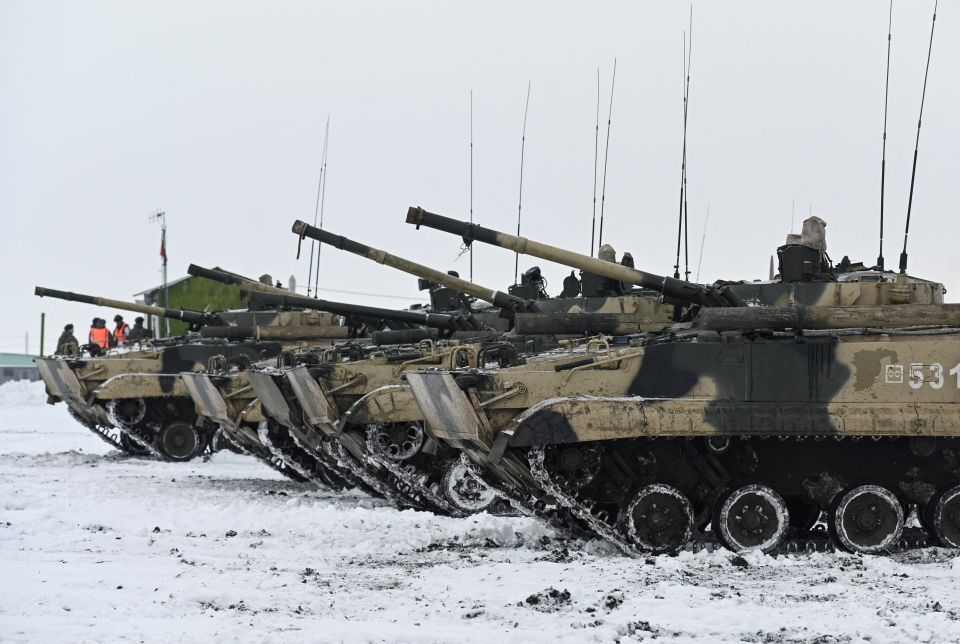 WARSAW, POLAND — The president of the Lithuanian bishops' conference warned that his country and its neighbors could be targeted if Russian President Vladimir Putin imposes his will on Ukraine.

Archbishop Gintaras Grušas of Vilnius, who is also president of the Council of European Bishops' Conferences, urged Western countries to maintain a "hard line of deterrence."

"We're in a precarious geographical and historical position — Mr. Putin has reiterated his view that Russia's empire should not have collapsed and seems to have a claim on our three Baltic states," the U.S.-born archbishop told Catholic News Service Feb. 3. "But we have the guarantee of deterrence, with NATO forces here on the ground, and we are part of the European Union. So long as European countries stay united, I think the deterrence will work.

"Russia is tempting the West in various ways to see if its unity is intact," said the archbishop. "People who've been occupied and were part of the Soviet Union are keenly aware of the Russian mentality, and of Russia's desire to test the limits. That's where a hard line of deterrence comes in."

He spoke the same day Russia criticized a U.S. decision to deploy extra troops in Eastern Europe to boost defenses after the massing of 100,000 Russian troops on the borders of Ukraine.

Archbishop Grušas said the additional deployment of Russian forces in neighboring Belarus had increased tension across the region. NATO Secretary-General Jens Stoltenberg said around 30,000 Russian troops were now in Belarus, the largest deployment since the Cold War.

The archbishop said Lithuanian bishops had asked Catholics to recite the rosary for peace each day in February.

Latvian Archbishop Zbignev Stankevics of Riga warned his country could also be threatened and destabilized by Russian actions, including forms of "hybrid warfare" and cyber-attacks.

"If Europe and the European Union preserve their internal unity, then they'll also be able to preserve peace at Europe's borders," he told a Jan. 29 meeting in Frankfurt's Catholic cathedral. "But if Putin attacks Ukraine, then we, the Baltic countries, will be next, followed by Poland. If there is no dialogue, it will become very dangerous. Putin could take one step, then another."

Russia began massing forces in late October, prompting fears of an offensive against Ukraine, where pro-Kremlin separatists declared independent republics in Luhansk and Donetsk in 2014, triggering a war that has left more than 14,000 dead.

Archbishop Grušas said the late-2021 massing on migrants on Belarus' borders with Poland, Lithuania and Latvia "as human shields to destabilize the situation" exemplified the new "hybrid warfare," at a time when Western societies were being "attacked over their unity."

"There are always temptations of greed and power, against which the real revolution takes place in the human heart," said the Lithuanian archbishop.

"While any new escalation in tensions should be met with diplomacy and an ability to talk, the more our churches also pray for peace the better."

Archbishop Grušas said Western governments should listen to Ukrainians, Lithuanians, Poles and others with "closest contacts" with Russia, to "better understand the mentality they are up against."

"Standing one's ground in any dialogue is a necessity — those who stood up firmly 30 years ago were the ones who achieved independence," said the archbishop, referring to the breakup of the Soviet Union.

"At this point, we really need prayer and diplomacy to achieve a dialogue for peace. But dialogue has to combine with a thorough understanding of deterrence in maintaining peace. There has to be a very determined stance that we will not back down — that countries must be allowed self-determination regarding their own future."

Push for reform grows in Austria