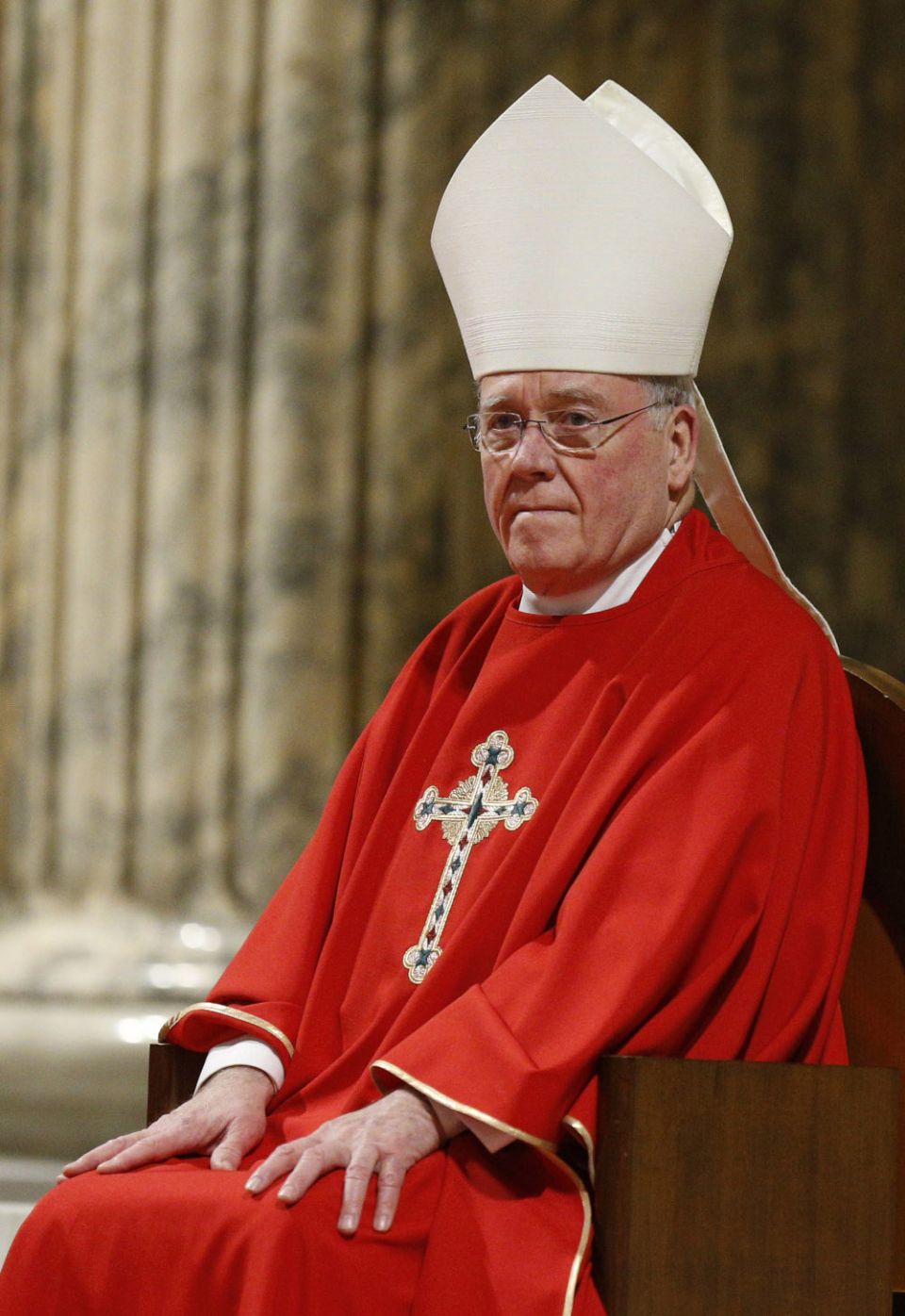 Bishop Richard Malone of Buffalo, N.Y., concelebrates Mass Nov. 12, 2019, at the Basilica of St. Paul Outside the Walls in Rome with other U.S. bishops from the state of New York during their "ad limina" visits to the Vatican. During their two-hour group meeting with Pope Francis Nov. 15, the New York bishops experienced a "free and open discussion of many of the challenges and opportunities our church is facing," Malone said Nov. 18. (CNS/Paul Haring)

BUFFALO, N.Y. — During their two-hour group meeting with Pope Francis at the Vatican Nov. 15, the Catholics bishops of the New York region experienced a "free and open discussion of many of the challenges and opportunities our church is facing," Buffalo Bishop Richard Malone said Nov. 18.

"Pope Francis was most welcoming and gracious, expressing his paternal and loving support for us in our ministry," the bishop said in a video message to Catholics of his diocese upon his return from the bishops' "ad limina" visits to Rome. It was "a very busy but wonderful week," he noted.

"We each were personally greeted by the Holy Father as we entered and as we left," Malone continued. "In a few words spoken privately to me, it was clear that the pope understands the difficulties and distress we here in Buffalo, and I personally, have been experiencing. He was very understanding and kind."

For more than a year, Malone has faced questions about how he has handled allegations of abuse against diocesan priests. In early October, it was announced that Bishop Nicholas DiMarzio of Brooklyn, New York, would conduct an apostolic visitation of the western New York diocese, which the Buffalo bishop said he welcomed.

Through October, DiMarzio made three trips to the diocese, spending a total of seven days there, according to a Brooklyn diocesan news release issued Oct. 31 to announce the visitation had concluded.

DiMarzio met with and interviewed close to 80 individuals; both clergy and laypeople, including members of the priests' council, Diocesan Finance Council and Diocesan Pastoral Council, as well as diocesan consultors, territorial vicars and senior priests, the diocese said. Upon completion of the visitation, DiMarzio submitted a report to the Congregation for Bishops.

In his Nov. 18 message, Malone said he is "of course, aware of the intense interest about the results of the apostolic visitation recently conducted here and submitted to the Holy See."

"The Congregation for Bishops has received the report, which is held in strict confidentiality. I had a brief discussion with Cardinal Marc Ouellet, prefect of the congregation. More on that to come," he added.

"I ask for your prayers and patience while the path forward is discerned," Malone continued. "In the meantime, be assured that I am wholly committed to fostering the healing of victim survivors, rebuilding trust, and with our clergy and other church ministers, renewing faith and carrying on the essential ministries that serve the needs of Catholics and of the larger western New York community."

In other comments about the "ad limina" visit, Malone gave a brief overview of bishops' other takeaways from their week in Rome, including learning "of various initiatives underway at the Vatican for the good of the worldwide church."

"We shared about projects and challenges on the agenda of our New York dioceses," he said.

These include, he said, "care for victim survivors of abuse; efforts at Christian unity; relations with Jews and Muslims; the drain of 'millennials' and the unaffiliated not only from Catholic life but from religion in general; seminary formation; primacy of Sunday Eucharist; concern for the environment, for disarmament, for religious freedom and human rights, especially the right to life ... and much more."

"Thank you for your active faith," Malone told the diocese's Catholics in conclusion. "Thanks to all who continue to be supportive of our diocese, of me and my ministry. May the peace of Christ reign in the hearts of us all."