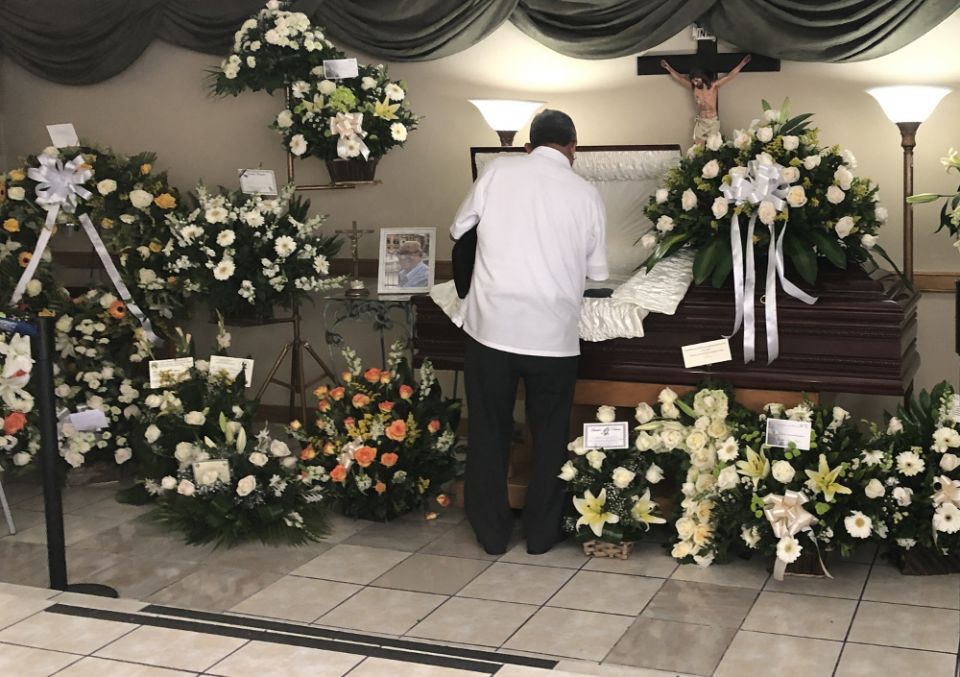 On Feb. 2, Santos Gaspar Romero Galdamez, 89, the younger brother of Salvadoran Archbishop St. Oscar Romero, died in San Salvador, El Salvador. Gaspar Romero was the last of eight children of Santos Romero and Guadalupe Galdamez, and one of only two who lived to see their martyred brother beatified and canonized. Since his wife died a few years ago, he is outlived by one last surviving Romero sibling (Tiberio), and his children and grandchildren.

During the final years of his life, Gaspar Romero devoted almost all his energy to promoting the memory of his saintly brother. It was not unusual to see him at commemorations in the crypt of the San Salvador cathedral, where his brother's remains are buried, or as a guest at celebrations by Salvadoran communities abroad or in remote hamlets in El Salvador — especially his hometown, Ciudad Barrios. He was a beloved presence in those communities for his mild manners, friendliness and humility.

I had the pleasure of witnessing his openness and generosity firsthand. I met him for the first time in 2007. On that occasion, "Don Gaspar" (as all his Salvadoran friends call him) agreed to meet me at a donut shop in San Salvador. We talked for almost three hours, in a session in which we only consumed two orange Fantas, because we talked so much.

During that first interview, and in a visit three years later, when Don Gaspar took me to visit his hometown — including to see the house where he and his brother grew up — he opened a wide window to the saint's younger years. But he also allowed me to understand the martyrdom that the family underwent in the turbulent years when his brother was at the helm of El Salvador's premier see, and of course in the wake of his tragic murder.

Due to the difference in ages between Gaspar and St. Romero (whom Gaspar always reverently called "Archbishop Romero," never just "Oscar"), Gaspar got to know his brother only when Oscar returned from the seminary in Rome, when Gaspar was 15 years old. Gaspar accompanied the young priest to his first parish assignment in a remote Salvadoran village called Anamoros. It was so isolated that there were no roads to get there, and the two brothers had to reach it on horseback. When they got there, they found it to be without running water or electricity.

At this place, which was completely disconnected from the world, the two brothers had to bathe and drink water from a river that ran through it. Submerged in the icy current at dawn, the younger brother confessed to the new pastor, "I don't much like it here." The young priest admitted, "Me either." But when Gaspar suggested that Fr. Romero ask to be moved to another parish, he responded that he had to obey, that he would stay there until the bishop ordered otherwise, and that he accepted and recognized his place and would give his total commitment to the endeavor.

Gaspar told me that the same obedience to his superiors — the famous "thinking with the church" — would be evident when St. Romero was named archbishop of San Salvador in 1977. At the time, the new archbishop revealed to his brother that he sensed that his new mission would entail "a great sacrifice." He had already been auxiliary bishop in San Salvador in the early '70s and had butted heads with the young urban clergy in the city. He preferred the tranquility of his countryside diocese, Santiago de Maria, which he told Gaspar had been the happiest years of his ecclesial career. However, the future martyr did not know the concept of seeking to get his way: "I must obey," he told his brother.

If St. Romero was going to have to make "a great sacrifice" in San Salvador, the family also had to share in his martyrdom, including Gaspar. When the archbishop began to denounce the military dictatorships for their grave human rights violations, he began to receive anonymous threats, and so did the family. One time, Gaspar received a particularly disturbing threat against his brother, which ominously stated that the archbishop would not survive that very day. Alarmed, Gaspar went to warn his brother, but found him serene, confiding that he regularly received threats of that nature.

Another time, Gaspar was demoted from his job with the state-run telephone company, where he was a section chief, but was suddenly and inexplicably made a janitor. Refusing to resign from the company, he chose to withstand the humiliation of his suppressed job function for several months, only requesting a meeting with his supervisor. "It's because of your brother," the supervisor told him.

Gaspar protested the injustice, recalling how the same supervisor had told him about an unfair episode when the supervisor had been held responsible because his brother had embezzled funds. The supervisor tried to distinguish the two cases: "That was totally different," he argued. Gaspar responded: "Yes, because your brother was a crook and my brother is not!"

When Gaspar told St. Romero what had happened, tears ran down the archbishop's cheeks, and Gaspar's eyes welled with tears when he told me the story. The archbishop knew his family was suffering under the circumstances, and it anguished him not to be able to do anything to alleviate their ordeal. He knew he was going to be killed, but he feared even more that others could become collateral damage in an attack against him.

St. Romero spoke clearly about the danger to his own life with his brother Gaspar.

"The day something happens to me, you will be the first to know," he told him.

"It was a prophecy," Gaspar told me, because on March 24, 1980, he was the first of the family to hear the news due to his connections at the telephone company.

When he told me these things, Gaspar used the words "the painful matter" to refer to the assassination, and he wept repeatedly discussing it. The martyrdom of the Romeros was not limited to mourning the unjust death of their loved one, because they were also forced to go along with relegating his name to oblivion to protect themselves. They had to get rid of photos of the archbishop and to not talk about him, almost having to deny him three times, St. Peter-like, during their dark night.

Even after they overcame suspicions about being collaborators, there came whispers that they received lucrative benefits due to their relationship with the saint: that they received royalties from the "Romero" movie starring Raul Julia; that the Vatican paid them a pension; that the state provided them stipends from the peace agreements. More recently, gang members tried to blackmail them, thinking the family received money from a U.S. trial against one of the co-conspirators in the killing.

The last few years brought a measure of vindication after the archbishop was beatified and canonized in 2015 and 2018, respectively. Gaspar was able to meet Queen Elizabeth and Pope Francis because of his saintly brother. But when I asked him if the balance of joy had countered the grief, he responded without hesitation: "I would prefer that they had not killed him."

In the final months of his life, Gaspar called for the Salvadoran government to prosecute the murder of his brother. It remains to be seen whether his call for justice will be acted upon.