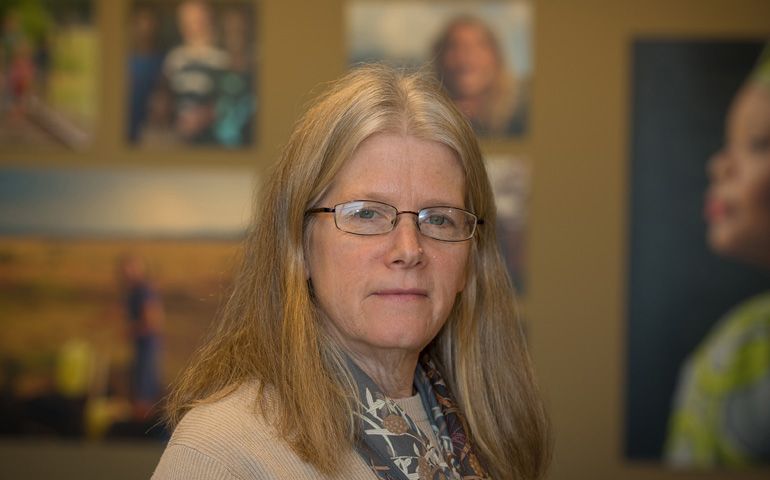 The seven figure donation comes from Grant Verstandig, founder and CEO of Rally Health, and grandson of Ruth O'Block Grant, who was an entrepreneur herself as president of Louis A. Grant, Inc. Grant is a trustee at Seton Hill and serves as the trustee board chair. She is also an alumna of the university, which was a women's college until 2002.

Hennessy "drew from family letters, diaries, interviews and her own memories for her new biography Dorothy Day: The World Will Be Saved By Beauty," the college said in a press release announcing the event.

Day was the cofounder of the Catholic Worker Movement, which promotes community and hospitality, and has grown to include over 200 communities worldwide. Her cause for sainthood was opened in 2000. In his speech to Congress in 2015, Pope Francis cited Day as one of "four representatives of the American people" alongside Abraham Lincoln, Thomas Merton, and Martin Luther King Jr.

MIAMI GARDENS, FLA. — A team from St. Thomas University School of Law has been named the winner of the 2018 ABA Labor and Employment Law National Trial Competition, the university announced in a Jan. 31 press release.

The team, composed of law students Luis Garcia, Chanae Wood, Karina Harduvel, Jillian Tate, earned a place in competition by defeating Emory University in October. After going head to head with Harvard Law School's team in the semifinal round at the national competition, St. Thomas' team faced off with the defending champion team from University of California Hastings College of Law, leading to their victory as defendants in the case.

"These students deserve this," Michael Mayer, a Fort Lauderdale attorney who helped coach the team, is quoted as saying in the press release. "They exemplified the meaning of hard work, dedication and sacrifice. From the beginning, they had one goal in mind and did not let anything get in the way of making that happen. I am so very proud of them."

COLCHESTER, VT. — In a Jan. 26 press release, St. Michael's College announced Lorraine Sterritt, currently president of Salem Academy and College in Winston-Salem, North Carolina, as its new president. Sterritt will be the first woman to lead the college since its founding in 1904.

Sterritt is a graduate of Queen's University Belfast in Northern Ireland, and earned a doctorate in French from Princeton. In the past, she has held positions at other major institutions, including Princeton, the University of Pennsylvania, Stanford University, and Harvard College, before assuming her role as president at Salem in 2014.

SAN DIEGO — The University of San Diego held its inaugural Setting the Standard Symposium Feb. 1-2 the university announced on its website Jan. 29.

The symposium is composed of three events, beginning with the All Faiths Service, an ecumenical gathering that has been held on the university's campus for the past 25 years, on Feb. 1. Later that day, Miroslav Volf, theology professor and founding director of the Yale Center for Faith and Culture, delivered a keynote address to faculty, offering "a vision of how a contemporary and engaged Catholic university is to be measured by our students' ability to pursue meaningful lives and forming society to promote full human flourishing for all."

The final event is the Feb. 2 breakfast with Volf and student leaders from the university.