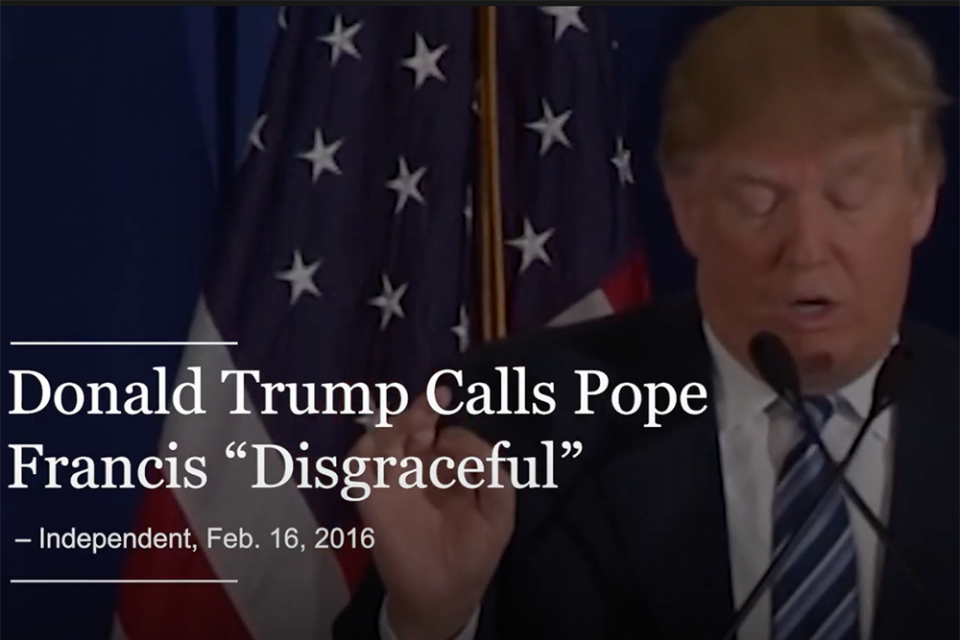 The ad was shared with NCR ahead of its release and says "as Catholics, we understand that no matter who is president, our faith is going to lead us to disagree with them on certain issues."

"Past presidents have treated us with respect," it continues. "Donald Trump and the people around him have insulted our bishops, even the Holy Father."

The ad, released on Oct. 27 by Not Our Faith PAC, is part of a six-figure television and online ad-buy in key swing states ahead of Election Day.

The one-minute ad includes images of the five most recent U.S. presidents with Popes John Paul II, Benedict XVI and Francis, and shows recent polling from EWTN News and RealClear Opinion Research that has former Vice President Joe Biden leading Trump by 12 percentage points. The ad is being released during the last full week of the presidential campaign when both the Biden and Trump campaigns are heavily targeting people of faith. 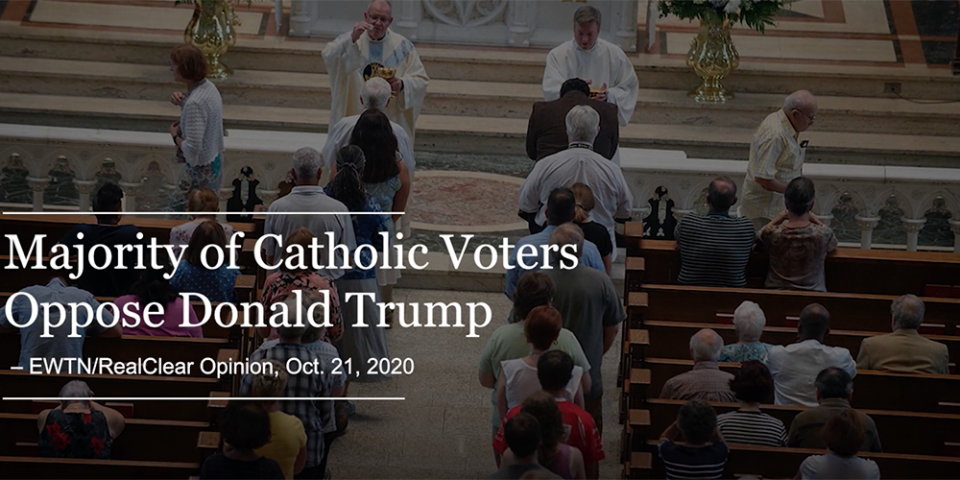 "Trump eked out 2016 with unprecedented support from white evangelicals and, important to note, a really strong showing among Catholics," Michael Wear, a former faith advisor to President Barack Obama and one of Not Our Faith's advisory council members, said when the super PAC launched earlier this month. "We're going after all of it. We think Christian support is on the table in this election."

In one clip in the new ad, one of Trump's religious advisors, Southern Baptist minister Robert Jeffress, is shown saying "the pope needs to seek Donald Trump's forgiveness" during a Fox News interview. The comments were in response to Pope Francis' remarks in 2016 when asked about then candidate Trump's plans to build a wall across the entirety of the U.S.-Mexico border.

"A person who thinks only about building walls, wherever they may be, and not building bridges is not Christian," said the pontiff at the time. "This is not in the Gospel."

Carolyn Woo, former CEO and president of Catholic Relief Services, said about the ad: "Our faith calls us to work for the dignity of all people, claim each other as family, build bridges not walls, and use politics for the common good." Woo is a member of the Not Our Faith PAC advisory council.

"The ad pierces the hypocrisy when the expression of faith is reduced to simply words, marketing gestures, and empty promises that leave people worse off," Woo said in a statement.

"Donald Trump hasn't fought for workers, the middle class or the poor," the ad states, highlighting his administration's policies that have separated migrant parents from their children, mounting COVID-19 death rates and a severe economic downturn.

"There are many reasons why most Catholics oppose Donald Trump's reelection. All of them work in my book," says the narrator. "Not our vote, buddy. Not our faith."

Biden says Americans can worship in person 'safely.' But what does that mean?