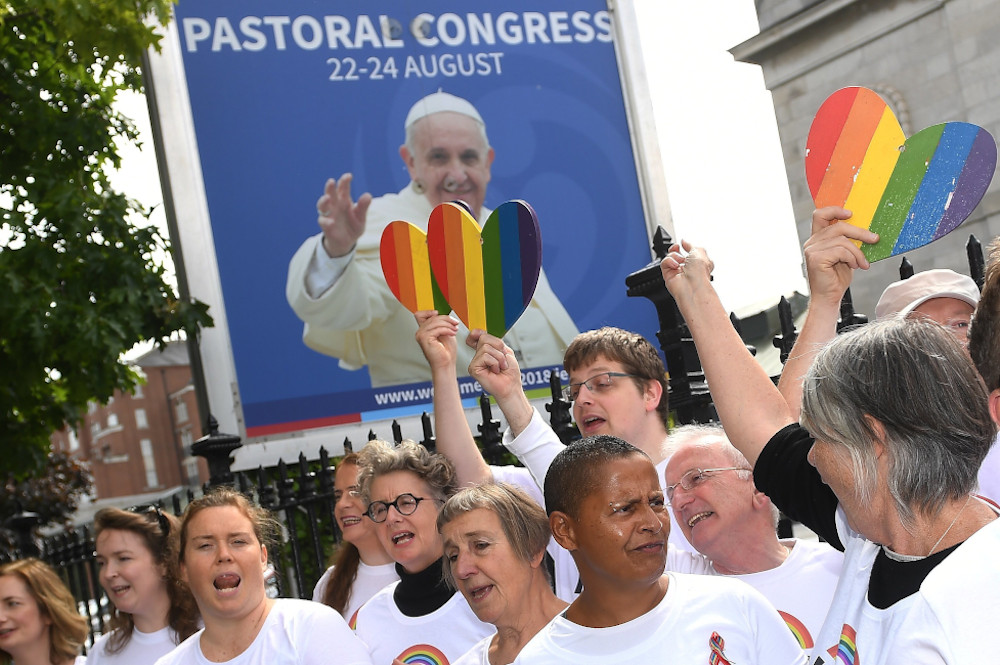 Pope Francis, in a new letter, praised the work of Catholic priests, nuns and lay people who ministered to HIV and AIDS victims at a time when much of the church hierarchy was at odds with the LGBTQ community during the height of the AIDS epidemic.

"Thank you for shining a light on the lives and bearing witness to the many priests, religious sisters and lay people, who opted to accompany, support and help their brothers and sisters who were sick from HIV and AIDS at great risk to their profession and reputation," Francis wrote to Catholic journalist Michael O'Loughlin. 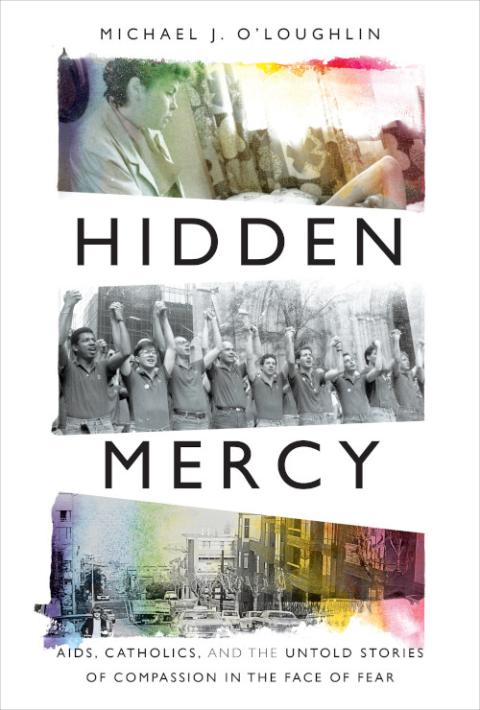 The cover of Hidden Mercy: AIDS, Catholics, and the Untold Stories of Compassion in the Face of Fear, written by Michael O'Loughlin.

O'Loughlin is the author of the forthcoming book, Hidden Mercy: AIDS, Catholics, and the Untold Stories of Compassion in the Face of Fear, which will be released later this month.

The pope's words, dated Aug. 17, came in response to a personal letter from O'Loughlin, along with a copy of his book.

The full text of the letter was provided to NCR by O'Loughlin and published for the first time in a New York Times essay on Nov. 15.

Francis goes on to cite the scripture passage from the Gospel of Matthew: "I was hungry and you gave me food, I was thirsty and you gave me drink, a stranger and you welcomed me, naked and you clothed me, ill and you cared for me, in prison and you visited me."

These are the words by which "we will one day be judged," Francis wrote.

"Instead of indifference, alienation and even condemnation," Francis continued, "these people let themselves be moved by the mercy of the Father and allowed that to become their own life's work; a discreet mercy, silent and hidden, but still capable of sustaining and restoring the life and history of each one of us."

In his book, O'Loughlin chronicles nearly two decades of the work of priests, nuns and Catholic lay people who ministered to individuals dying from AIDS at a time in which some of the most vocal leaders of the Catholic Church, both in the United States and in Rome, were cracking down on homosexuality and opposed the use of condoms to prevent the transmission of HIV.

An advanced review of Hidden Mercy from Publishers Weekly describes it as a "poignant account" that "shines a well-deserved spotlight on Catholics who chose compassion over fear."

In his own ministry, Francis — while Archbishop of Buenos Aires in 2008 — kissed and washed the feet of 12 HIV and AIDS patients during a Holy Thursday service. More recently, during a 2019 visit to Panama, Francis visited a home of HIV-positive residents and pleaded for an end to the stigma surrounding those with HIV and AIDS.

A version of this story appeared in the Nov 26-Dec 9, 2021 print issue under the headline: In new letter, Pope Francis praises priests, nuns who cared for AIDS victims.