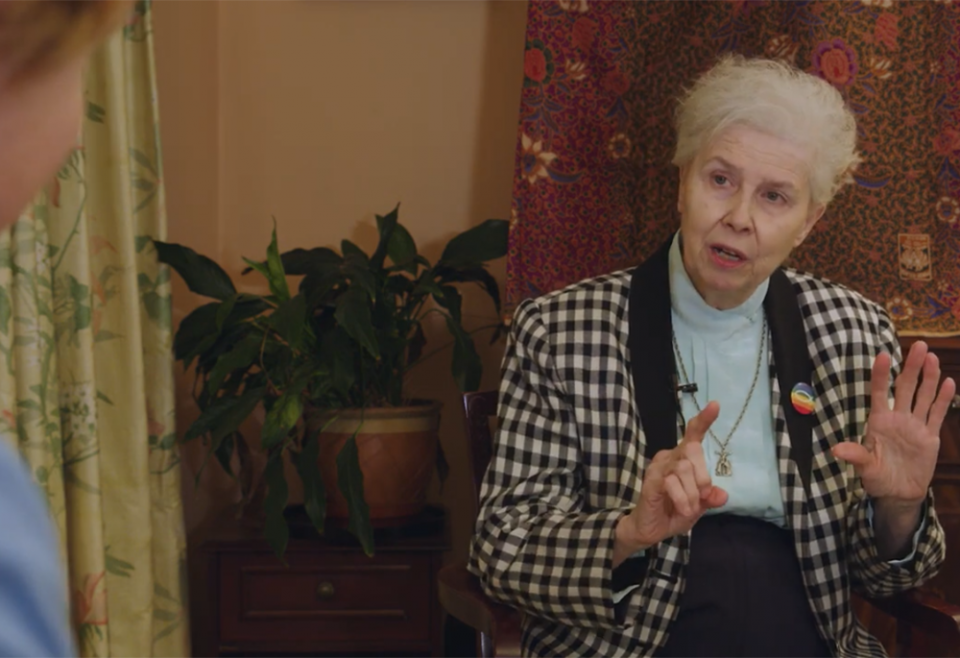 One of the pioneers in ministry to gay and lesbian people in the Catholic Church has said she believes the institution will one day offer sacramental marriage to same-sex couples.

Loretto Sr. Jeannine Gramick, who co-founded the group New Ways Ministry in 1971 with Salvatorian Fr. Robert Nugent to advocate for the equality of LGBT people in the church, also predicted that the current teaching on homosexuality will change.

Speaking in Dublin to Ursula Halligan, a former TV news correspondent with Virgin Media Ireland, and now a spokesperson for the lay reform group, We Are Church Ireland, Gramick said those who believe the church will change must speak out and explain to others why the current teaching is wrong.

She noted that blessings of same-sex unions are already happening in places like Germany and Switzerland and even in the U.S., although she said it was not done publicly in the latter, and she underlined that the church's teaching in some areas had changed over time and said that sacramental theologians are looking at the issue of marriage for same-sex couples.

"Change comes about very slowly but inevitably," said Gramick, whose interview has been released to members of We Are Church Ireland. "There will always be change. I love that quote from Cardinal Newman, 'To live is to change and to be perfect is to have changed often.' That gives me great hope because I know that we are all going to change. I guess you just have to be patient, though sometimes it is hard to be patient."

Last year, Pope Francis addressed two letters to New Ways Ministry, in which he commended the organization for its outreach to the LGBTQ community and referred to Gramick as "a valiant woman" who had suffered much for her ministry. He described her years of closeness, compassion and tenderness to the LGBTQ community as being in the style of God.

Francis' correspondence represented a significant change in how the top echelons of the Catholic hierarchy have treated Gramick. 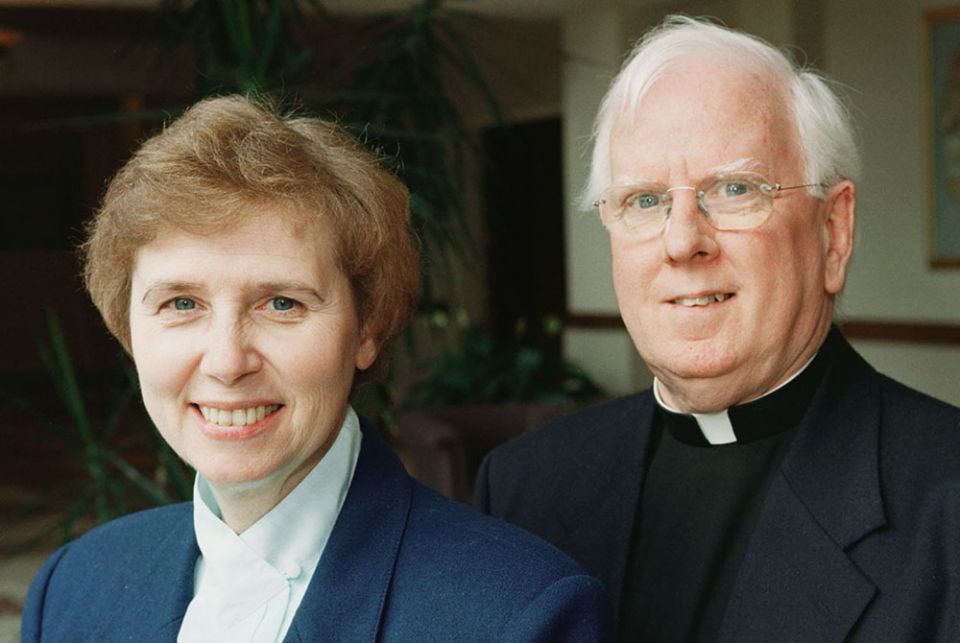 The Vatican in 1999 barred Sr. Jeannine Gramick and Fr. Robert Nugent from ministry involving homosexual people. The two had been involved in gay ministry in the United States for more than 30 years. (CNS/Nancy Wiechec)

In May 1999, the Vatican's Congregation of the Doctrine for the Faith declared that Gramick and Nugent were to be prohibited from pastoral work with homosexual people because of the "ambiguities and errors" of their approach. The notification was signed by Cardinal Joseph Ratzinger, the congregation's prefect who later became Pope Benedict XVI.

In Dublin, Gramick spoke about how "broken" she felt by the past actions of the Vatican and Ratzinger towards her. She said pressure was exerted on her religious superiors not only to halt her work, but she was also forbidden to speak about what had happened to her.

Admitting that this treatment left her feeling depressed, she decided she would not "comply or be complicit in my own obstruction," and she would instead "raise my voice."

But she was forced to transfer from the School Sisters of Notre Dame to another order, "and when I did transfer to the Sisters of Loretto, they began to receive letters," which ordered her superiors to "persuade her to stop and if she persists, then you should dismiss her."

Although Gramick widely praises Francis, she also admits she was disappointed this time last year when the pope approved a statement from the doctrinal congregation that said that God does not and cannot bless same-sex unions.

Gramick said she had been told that Francis signed off on the document, but "without full knowledge" of what was in it.

Gramick wrote a forward for a new publication titled Love Tenderly: Sacred Stories of Lesbian and Queer Religious. She said the significance of the anthology, written by 23 women religious who embrace their sexual identity as lesbians or queer, is that it covers "a topic that has not been talked about."

The church's teaching on homosexuality has been "damaging for women religious" making them feel "they are no good," said Gramick, adding: "If you are lesbian or gay you are a second-class citizen in the eyes of the church."

Asked if she believes Francis will be the pope who will change the church's language and position on homosexuality, Gramick replied: "It is not his job to move yet. The faith must come from the people and so if there are people and theologians within the Catholic community who believe that the traditional sexual ethics needs to change, we need to raise our voices and say that. We need to get other people to come on board to understand that. We have to change people's attitudes."

A version of this story appeared in the May 13-26, 2022 print issue under the headline: New Ways' Sr. Jeannine Gramick sees a future for same-sex marriage in Catholic Church .