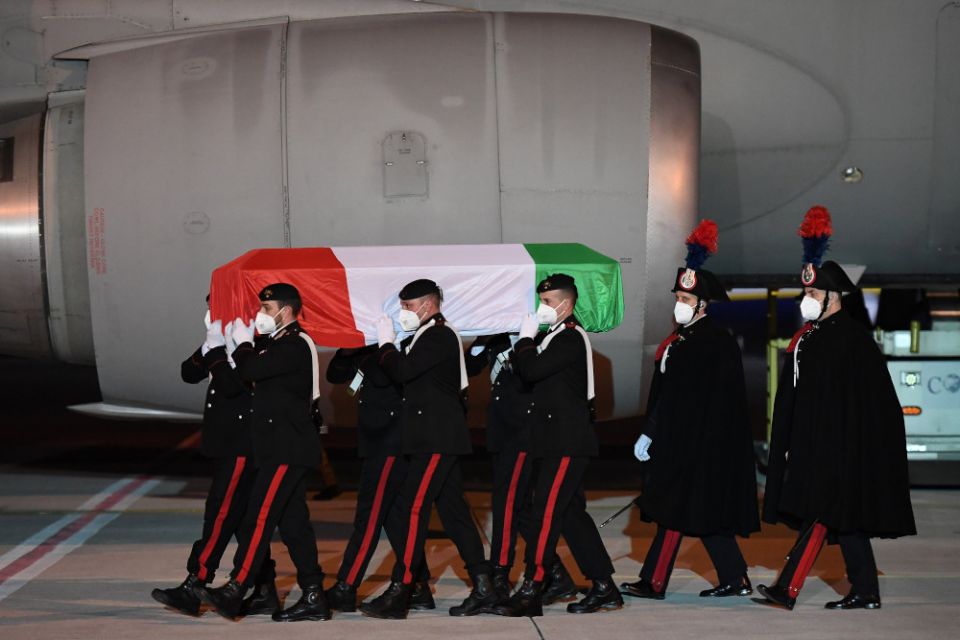 One of two caskets containing the bodies of Italian ambassador Luca Attanasio and his bodyguard, Vittorio Iacovacci, is carried at Rome's Ciampino airport Feb. 23, 2021. The two men were killed in a Feb. 22 attack on a United Nations convoy in eastern Congo. (CNS photo/Ministero della Esteri, handout via Reuters)

Vatican City — Pope Francis joined the people of Italy in mourning the murders of the country's ambassador to Congo and an Italian officer in his security detail, both young men the pope described as "servants of peace and law."

Ambassador Luca Attanasio, 43, and 30-year-old officer Vittorio Iacovacci of the Italian military police died after being shot in an ambush in North Kivu Feb. 22. Their driver, Mustapha Milambo, also was shot and killed as they were traveling in a U.N. convoy.

Attanasio, who had been ambassador to Congo since 2017, left behind his wife and three young children. Iacovacci was engaged to be married in the summer.

In a message to Italian President Sergio Mattarella Feb. 23, Pope Francis expressed his "heartfelt condolences to their families, the diplomatic service and the Carabinieri for the loss of these servants of peace and law."

The pope described Attanasio as "a person of outstanding human and Christian qualities, always generous in forging fraternal and cordial relationships" with an aim of helping bring peace back to Congo.

Iacovacci was "experienced and generous in his service," the pope said, noting also that he was "close to forming a new family."

Offering prayers for the eternal repose of "these noble sons of the Italian nation," Pope Francis urged mourners to continue trusting in God, "in whose hands nothing of the good accomplished is lost, especially when it is confirmed through suffering and sacrifice." 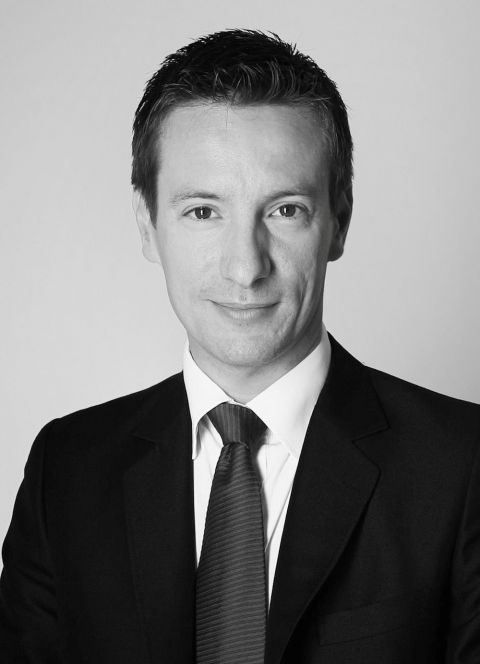 An undated handout picture shows Luca Attanasio, Italian ambassador to Congo, who was killed in an attack on a United Nations convoy in eastern Congo. (CNS photo/Italian Foreign Ministry, handout via Reuters) 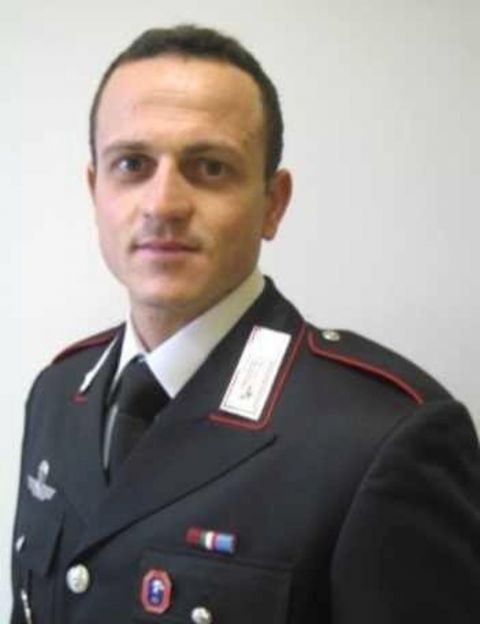 An undated handout picture shows Italian military policeman Vittorio Iacovacci, who was killed in an attack on a United Nations convoy in eastern Congo while traveling with the Italian ambassador to Congo. (CNS photo/Ufficio Stampa Carabinieri, handout via Reuters)