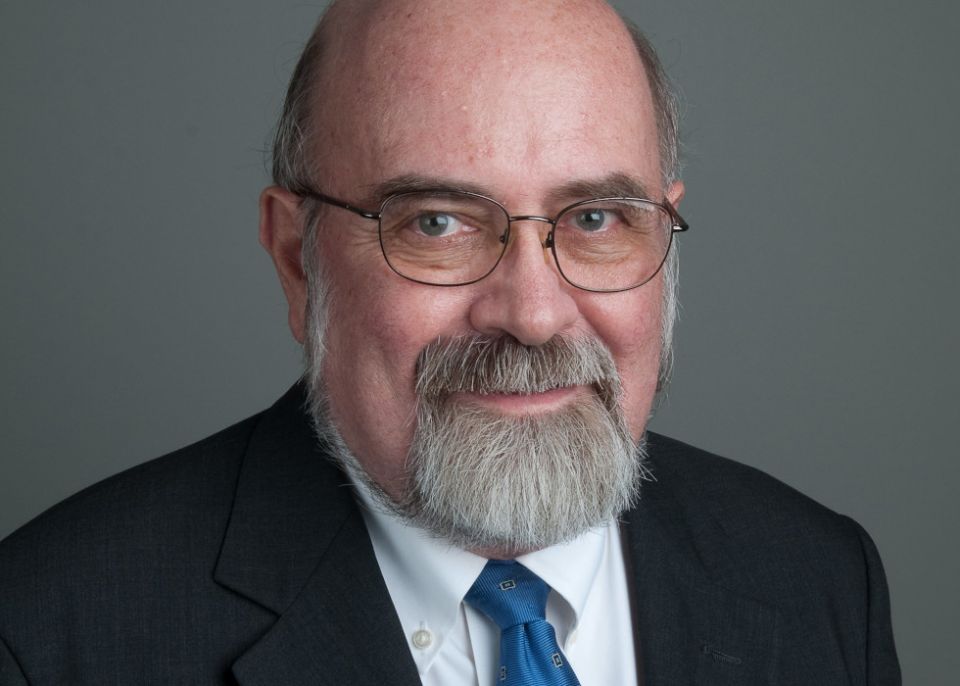 Chicago — Precious Blood Fr. Robert Schreiter, a world-renowned scholar and member of the faculty of Catholic Theological Union in Chicago since 1974, died June 1 at his home in Chicago at age 73. He had been in failing health.

A funeral Mass will be celebrated for him the afternoon of June 10 at St. Charles Center in Carthagena, Ohio, with Precious Blood Fr. Jeffrey Kirch, provincial director, presiding. Burial will follow in the Precious Blood community cemetery.

There are no COVID-19 restrictions that would limit attendance at St. Charles, according to a news released from Catholic Theological Union, which will have a memorial Mass for the priest in late August when students and faculty return to campus.

"The CTU community grieves profoundly the loss of our longtime colleague," Dominican Sr. Barbara Reid, president, said in a June 2 statement. "His outstanding contributions are too numerous to list. His work on reconciliation, in particular, was unparalleled, both in his international accompaniment of church leaders in peacebuilding and in teaching standing-room-only crowds of students every year."

During his years at the Catholic Theological Union, he spent nine years as vice president and academic dean (1977-86) and was instrumental in founding its doctor of ministry program, Reid said. "His vision and wisdom also shaped the Bernardin Center, as its founding director."

The center is named for the late Chicago Cardinal Joseph L. Bernardin and was founded to continue the prelate's ministry of reconciliation and peacemaking, interreligious dialogue, leadership development for the Catholic Church, the consistent ethic of life and "the search for common ground in the church and the world."

"These are only a fraction of [Schreiter's] unparalleled contributions to CTU. As we mourn this great loss, we pray that Bob now will be enjoying the fullness of God’s love for all eternity," Reid said.

Schreiter explained his personal mission and ministry this way: "Peacebuilding is arduous and often frustrating work, since there are many setbacks and disappointments. What has come about in recent years is a growing awareness of how important the role of faith is in this work. ... The work is exhilarating, because one feels that such things help make a difference in the world." 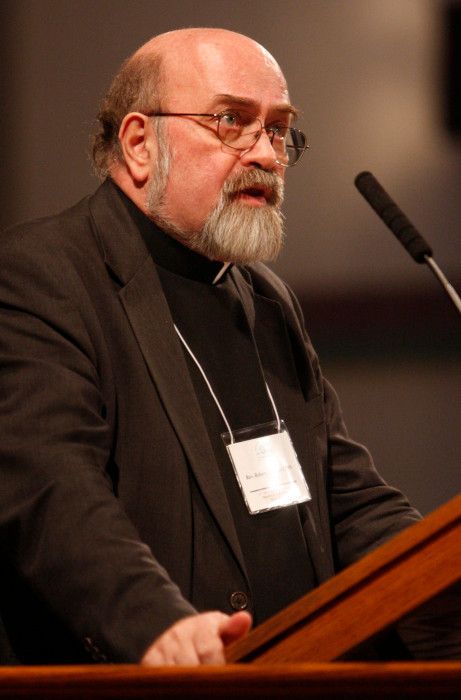 "As we learn in our faith," he said, "it is not my work, but God's. A ministry of reconciliation flows directly from our Precious Blood spirituality. And I have been happy to be part of this."

Born Dec. 14, 1947, in Nebraska City, Nebraska, to Robert F. and Mildred (Kreifels) Schreiter, he grew up on a farm, the oldest of six siblings. He entered the Congregation of Missionaries of the Most Precious Blood of Our Lord Jesus Christ in 1961 at Brunnerdale, the congregation's former high school seminary outside of Canton, Ohio.

He got through high school and his undergraduate studies each in three years, earning degrees in philosophy and psychology from St. Joseph's College in Rensselaer, Indiana.

He spoke four languages, earned his doctoral degree in theology from the University of Nijmegen in the Netherlands. There he studied under the late Dominican theologian Fr. Edward Schillebeeckx, who was considered "a pioneer who connected faith, church and theology with modern humanity in a secular society."

He was ordained June 21, 1975, at St. Mary Church in Nebraska City. Immediately after his ordination, he joined the faculty member at Catholic Theological Union and remained on the faculty until May of this year, when he retired and was named professor emeritus.

"Aside from classroom teaching, at which his many students will affirm that he excelled, he managed to find many other ways to share the good news with the whole world," said an obituary on the late priest posted on www.legacy.com.

"An author and editor of many books, articles and academic papers; a preacher and presenter, he traveled around the world to speak — and more importantly to listen to — people who had lived through such traumas as civil war and natural disasters," it said.

"To all, he imparted the message that healing and reconciliation could be found in the precious blood of Jesus. Bishops invited him to speak at trouble spots around the globe to be a messenger of peace for the people of God."

Schreiter also was active in the leadership of his religious congregation, serving on its senate, as its vice provincial director and on the general council of the worldwide congregation. He also served as formation director, guiding candidates toward ordination as a priest or profession as a religious brother.

Candidates for the Precious Blood congregation sat in Schreiter's classroom at Catholic Theological Union "and absorbed his message, and were welcomed to his office hours where he freely helped them understand complex points of theology," the legacy.com obituary said.

"Missionary priests and religious brothers turned to him for council and advice. Precious Blood Companions — lay associates — enjoyed his retreats, which like all of his presentations were delivered in a manner that was clear, vivid and easy to understand," it said.

"His students appreciated his generosity with his time and what they described as his pastoral hear," it continued. "One student said of him, 'What I hope to imitate or take away from Fr. Bob Schreiter is the driving desire to help people become closer to God in a way that cherishes who they are as persons, where they are coming from. He takes people where they're at. He focuses on individuals and bringing them to God."

Recording people's lives with an eye toward their souls

Cardinal Tumi, defender of peace, dies in Cameroon at 90