Spanish Jesuit, linguist once expelled by dictator, dies in Paraguay 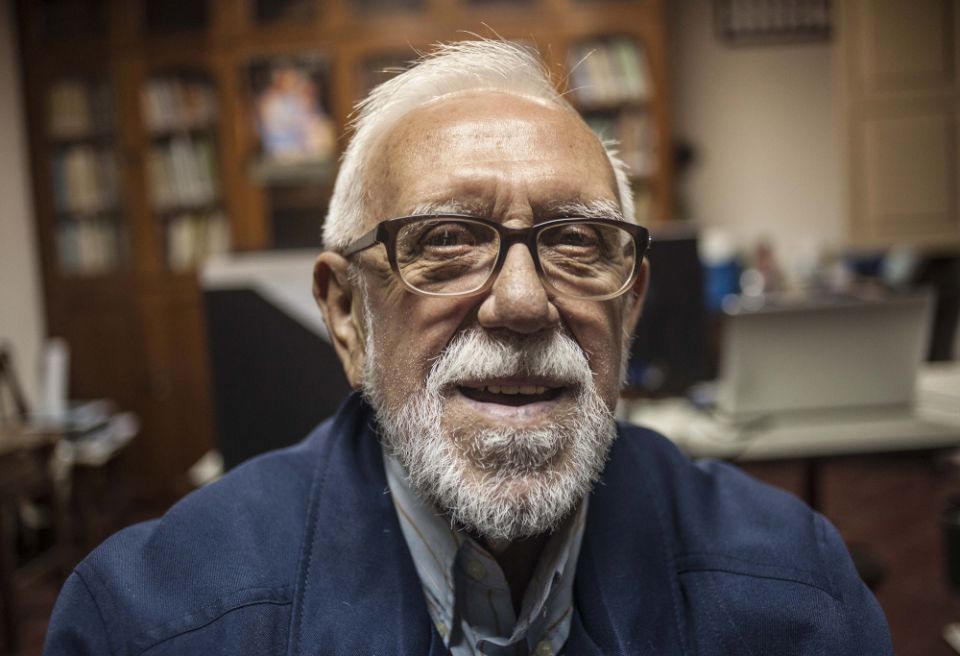 Jesuit Fr. Bartomeu Melia, linguist, poet and anthropologist, who lived in Paraguay since 1954, died there Dec. 6, 2019, during the U.N. Year of Indigenous Languages. He is pictured in his office May 12, 2016. (CNS/Santi Carneri)

Asuncion, Paraguay — A Spanish-born Jesuit who dedicated his life to the study of Paraguay's Guarani people died one day shy of his 87th birthday.

Jesuit Fr. Bartomeu Melia, linguist, poet and anthropologist, lived in Paraguay since 1954, where he died Dec. 6, during the U.N. Year of Indigenous Languages. He spent years studying the Guarani language, one of the official languages of Paraguay, and he lived with Guarani peoples of Paraguay, Argentina, Bolivia and Brazil.

He was a professor of ethnology and Guarani culture at the Catholic University of Asuncion and was president of the Center for Anthropological Studies there. He also directed the Anthropological and Paraguay Studies Supplement magazines until 1976, when he was expelled from the country by direct order of the dictator Alfredo Stroessner.

Melia used to tell how that year the police entered his house while he was in the bathroom, pointed a gun at him and suggested that he leave Paraguay immediately. His crime? Narrate one of the most heinous practices of the dictatorship, the systematic massacres of the Ache indigenous people. The Stroessner regime paid soldiers and mercenaries to murder Ache, and their children were kidnapped and enslaved as domestic employees.

Melia's report on the Ache gained international recognition and, in the late 1970s, reached U.S. President Jimmy Carter, who demanded that the Paraguayan government clarify the circumstances of the genocide. The military regime's response was to deny everything and expel the complainants.

Melia returned to Paraguay in 1989, the day the Stroessner regime fell.

He received his Paraguayan citizenship and many recognitions, including from the Paraguayan Senate which, in November, honored him for his career in defense of indigenous peoples and the Guarani language.

Brazil's Indigenous communities are being devastated by COVID-19