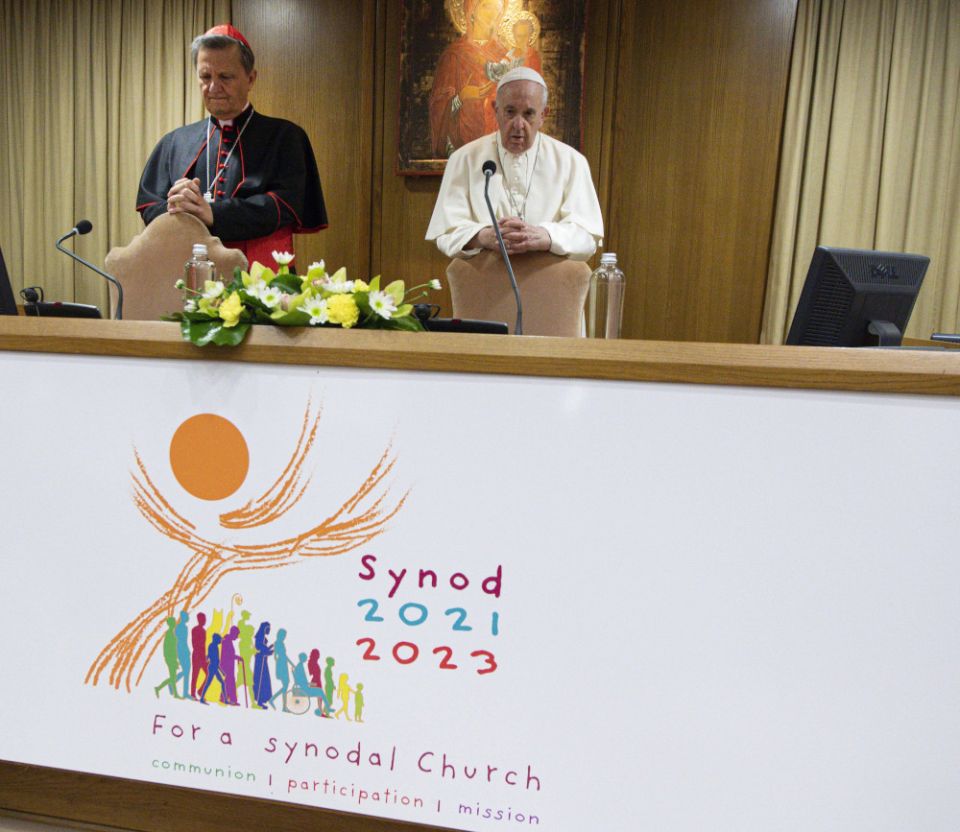 Freiburg, Germany — Cardinal Mario Grech, secretary-general of the Synod of Bishops, said he continues to have confidence in the Synodal Path of the Catholic Church in Germany.

"Perhaps the communication on the reform project could have been better," Grech said in an interview with Anna Mertens, editor of the German Catholic news agency KNA, published Aug. 29. But he said he trusted the German bishops "that they know what they are doing."

The cardinal was critical of other bishops for issuing open letters criticizing the German church's Synodal Path. "Fraternal correction and dialogue" were something very positive, he said, but a "public denunciation" was not helpful and only led to further polarization.

The cardinal's remarks were contained in "Universal Church in Motion: Synodal Paths," a special publication of the Freiburg-based publishing house Verlag-Herder. It contained essays on the synodal process in several European countries as well as essays by theologians such as Rafael Luciani of the Boston College School of Theology and Ministry, who also teaches in Venezuela and serves as theological adviser to the Latin American bishops' council; Medical Mission Sister Birgit Weiler, who teaches at the Pontifical Catholic University of Peru; Christina Kheng, who teaches pastoral theology and leadership at the East Asian Pastoral Institute in Manila, Philippines; and Thomas Söding, vice president of the Central Committee of German Catholics. U.S. Benedictine Sister Joan Chittister, a prominent speaker and author, also contributed to the booklet.

The cardinal said he could not comment specifically on Germany's Synodal Path or Australia's Plenary Council.

"We have to respect the local churches," he said. He also said he had the impression that some of the subjects being discussed in Germany were being discussed in other countries, and he thought the synodal process was "on the right track."

The German bishops' conference and the Central Committee of German Catholics launched the Synodal Path in 2019 in the wake of Germany's clerical abuse scandal. The process includes forums in which questions are discussed and assemblies at which people from the forums report back and proposals are discussed and voted on. Some texts not only must receive approval of more than two-thirds of all delegates, clerical and lay, but also must have the approval of more than two-thirds of the bishops.

The fourth plenary assembly is scheduled Sept. 8-10 in Frankfurt. Approximately 230 delegates will discuss 14 papers, reported KNA. These include texts on church sexual morality, the role of priests, the participation of women and the mandatory celibacy of Catholic priests.

The Synodal Path is due to end with a fifth plenary assembly in Frankfurt in March.

The process has led to growing discord in recent months, with bishops in other countries openly criticizing reforms being discussed and some commentators talking of a German schism.

But in an introduction to "Universal Church in Motion," the presidents of the Synodal Path said Catholics in Germany have no intention of dissociating themselves from the universal church.

"We, as Catholics in Germany, are not alone in these concerns; the universal church is in transition," they wrote. "But this gives us courage and hope for genuine change in a church that credibly proclaims the Good News and is sincerely concerned for the people, the 'hearers of the Word."

Does your personal ecological conversion make a difference to the planet?

Jesuit priest evangelizes online, on TV and at the altar