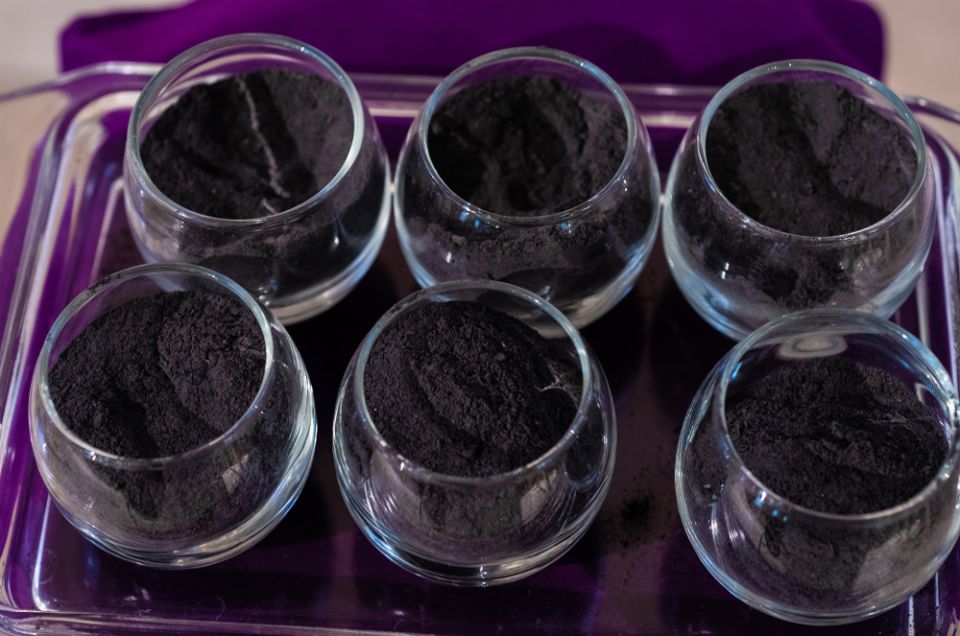 Jars of ashes sit on a table prior to Mass in the sanctuary of SS. Peter and Paul Church in Green Bay, Wis., March 6, 2019. (CNS/Sam Lucero, The Compass)

BOUNTIFUL, Utah — On Ash Wednesday, William McLeod, a fourth-grade student at Valley View Elementary School in Bountiful, was told by his teacher to remove the ash cross he had received at church that morning.

It was, she said later, a simple mistake on her part.

Moana Patterson, William's teacher, said at a March 11 news conference organized by Sen. Todd Weiler at the State Capitol that she thought the ashes were dirt, so she instructed him to wash it off his forehead.

"I had no idea it was a religious symbol," she said. "When I learned it was a sacred symbol for Ash Wednesday, I immediately apologized to the boy and his family. My entire life has been centered around respecting diversity. I would never, ever intentionally disrespect any religion or any sacred symbol. It was a total misunderstanding. I hope that we can move forward and build understanding together."

When district officials learned what happened, Patterson was put on administrative leave while the incident was investigated.

"We are sorry about what happened and apologize to the student and the family for the teacher's actions," Davis County School District spokesman Chris Williams said in a prepared statement. "The actions were unacceptable. No student should ever be asked or required to remove an ash cross from his or her forehead."

"The district knows and recognizes Ash Wednesday as one of the holiest days of the year in the Catholic faith and that it marks the beginning of Lent," the statement also said. "Davis School District takes the matter very seriously and is continuing the investigation."

At the news conference, two mothers of children at Valley View called for Patterson to be reinstated within the week.

"We're all human and we're trying to become better humans and we all make mistakes. ... We are here today as a community to say we want to do better," said Tiffany Ivins-Spence, one of the mothers.

"We apologize collectively as a community that we were not more informed. Many of us were not aware of the Ash Wednesday tradition and the Ash Wednesday symbol. We do now. This is actually an opportunity for progress," she added.

Ivins-Spence indicated that Patterson had been instructed by district officials not to make any comment regarding what had happened.

"If we throw teachers under the bus and forbid them with a gag order, if they can't comment to clear up a misunderstanding, then it gets ratcheted up," she said. "That's what happened here."

Later on Ash Wednesday, William was again marked with ashes to replace those that had been washed off his forehead.

When he heard what had occurred, the school district's director of educational equity, Bernardo Villar, who is a deacon at St. Rose of Lima Parish, contacted the family and offered to re-mark William's forehead with ashes, an offer that they accepted.

The Catholic Diocese of Salt Lake City responded to the situation through its spokeswoman, Jean Hill.

"We understand that mistakes happen," Hill said. "The diocese is very grateful to the young student who used the situation to educate his teacher about a part of his faith and its importance to him. Learning about one another is one way we build community across religious, political, racial, ethnic and other borders."

Weiler said he had invited William McLeod and his father, Gary, to attend the news conference, but they declined.

The Intermountain Catholic, Salt Lake City's diocesan newspaper, could not reach the McLeod family for comment on this story.

Petersen is a staff writer at Intermountain Catholic, newspaper of the Diocese of Salt Lake City.