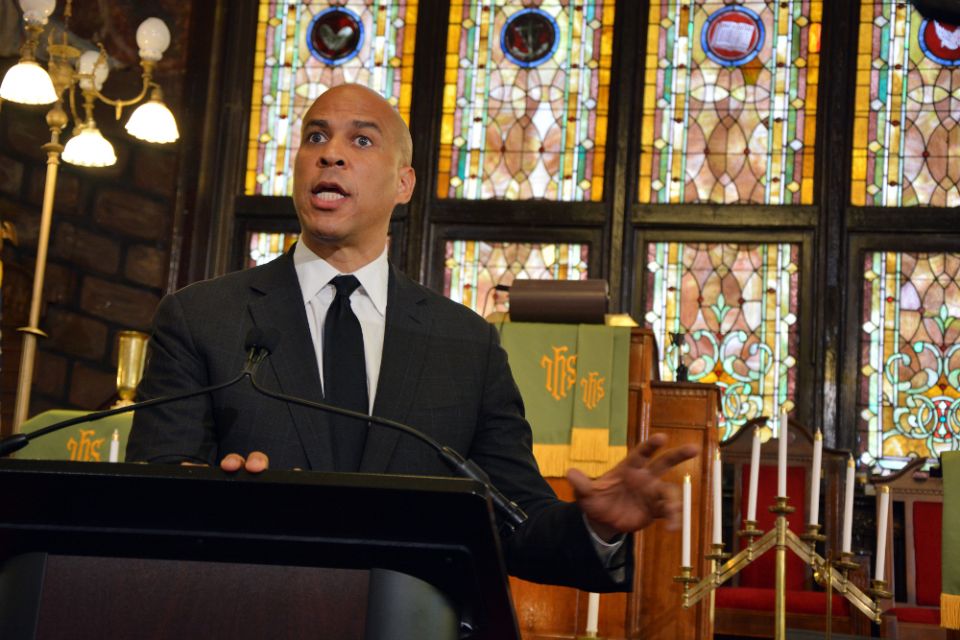 "We're here this morning in the wake of yet another act of hatred in America," Booker said as he began his address at Emanuel AME Church in downtown Charleston. "But I come here today because of love. The kind of love I learned about in church growing up."

Booker's address, framed as response to two recent mass shootings, focused primarily on the murders in El Paso, Texas, where the suspected perpetrator killed at least 22 people and is believed to have a direct connection to white supremacist ideology.

White nationalism was at the heart of the 2015 shooting at Emanuel, where the shooter invoked white supremacy as his reason for killing black churchgoers during a Bible study. Booker argued the issue of racism has plagued the United States since the beginning.

"Bigotry was written into our founding documents. Native Americans in our Declaration of Independence were referred to as 'savages' and in our Constitution, black people are fractions of human beings," said the New Jersey senator. "White supremacy has always been a problem in our American story — if not always at the surface, then lurking not so far beneath it."

Booker quoted Galatians 6:7 from the New Testament — "Do not be deceived, God is not mocked; for whatever a man sows, this he will also reap" — arguing that recent upticks in racism, anti-Semitism, xenophobia and anti-Muslim sentiment are the product of hatred sowed by many.

He included President Donald Trump among those who have sowed hatred, alluding to Trump's 2017 remarks regarding deadly demonstrations by white supremacists in Charlottesville, Virginia, and this month's widely condemned tweets about Baltimore.

"(Hatred) was sowed by those who draw equivalence between neo-Nazis and those who protest them," Booker said. "It was sowed from the highest office in our land, where we see in tweets and rhetoric hateful words that ultimately endanger the lives of people in our country. People of color, immigrants, of us all."

Calling for concrete steps to end gun violence, Booker advocated for federal licensing of guns as well as an assault weapons ban, but he added: "We've got to go further. We must require that the Department of Justice, Homeland Security and the FBI conduct assessments of the domestic terrorism threats that are posed by white supremacists." He also urged the FBI to work with local law enforcement to identify and report hate crimes.

Booker went on to craft a hopeful message, lifting up the members of Emanuel, some of whom famously forgave the man who murdered their fellow congregants, as a prime example of love and civic grace.

"This is the story of this sanctuary, this church of faith and fellowship. Of the Bible verse that speaks to our civic gospel — that is said here in churches like this all across the country — that whenever two or three are gathered together, he is in the midst," said Booker, who has a long history of speaking about faith.

Melvin Graham, whose sister, Cynthia Graham Hurd, was among those killed during the 2015 church shooting, called Booker's speech "sincere, heartfelt and right on target," and said he resonated with the senator's action-oriented approach to faith.

"Politicians have stopped saying 'thoughts and prayers,' because people are saying, 'We don't want thoughts and prayers anymore. We want action,'" he said. "God is good. God is great. God can do all things. But God gave you the power to do some things on your own."

"It hurts to have to relive this," he said, his voice wavering. "I cry every time I see somebody on TV who says, 'I can't find my mom. Where's my mom?' I know from having lived through that, if she hasn't found her mom by now, mom's gone." 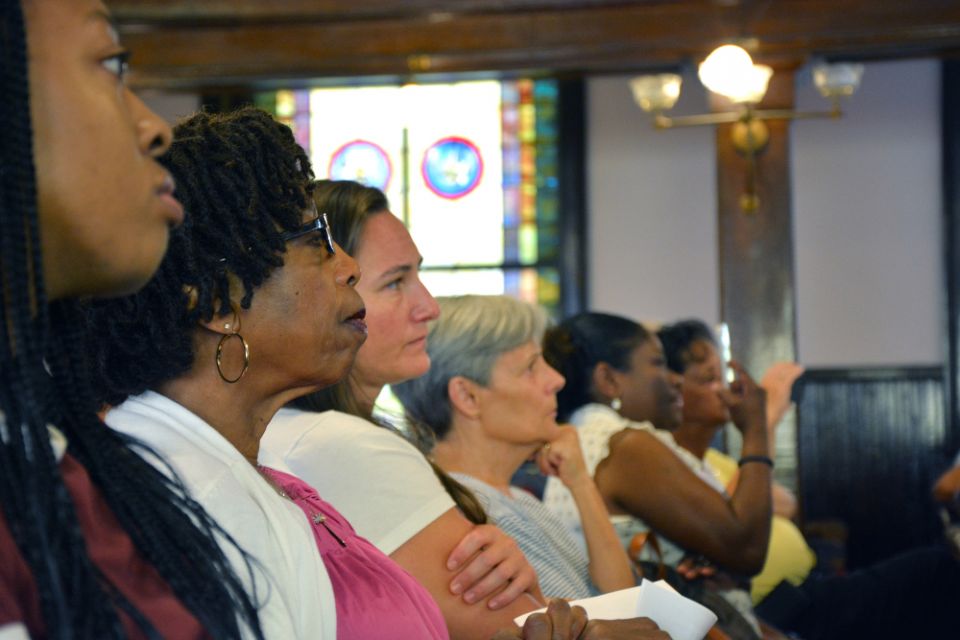 Wanda Boyd, who also attends Emanuel, said she appreciated that Booker had already visited the church months before his speech to discuss racism and violence, and she "absolutely" responded positively to his appeals to faith as a vehicle for social change.

"Hearing it from a presidential candidate — you're like, OK, I can relate to that," she said.

Boyd noted that the church's pastor, the Rev. Eric S.C. Manning, referred to Emanuel as a place of "forgiveness" while introducing Booker. She took it as a nod to when some families of victims publicly offered forgiveness to the white supremacist shooter just days after he killed their loved ones.

"Some people forgave — it was hard to forgive in the beginning," she said. "You realize that forgiving isn't about so much about the other person, it's about you. It's about you releasing that pain so you don't walk around with it every single day."

Booker insisted in his speech that he was not there to "ask for your vote," but he may have won over some anyway.

Boyd said that she hadn't decided on a candidate yet but that Booker was "at the top of the list."

Graham, on the other hand, said he was still leaning toward supporting Joe Biden, partly because the former vice president called him shortly after the Charleston shooting.

"We spoke as two grieving men," Graham said, noting that at the time Biden had just lost his own son to brain cancer. "I told him, 'Mr. Vice President, we are going to rise from this.' It's just like Maya Angelou says: 'And we will rise.' "