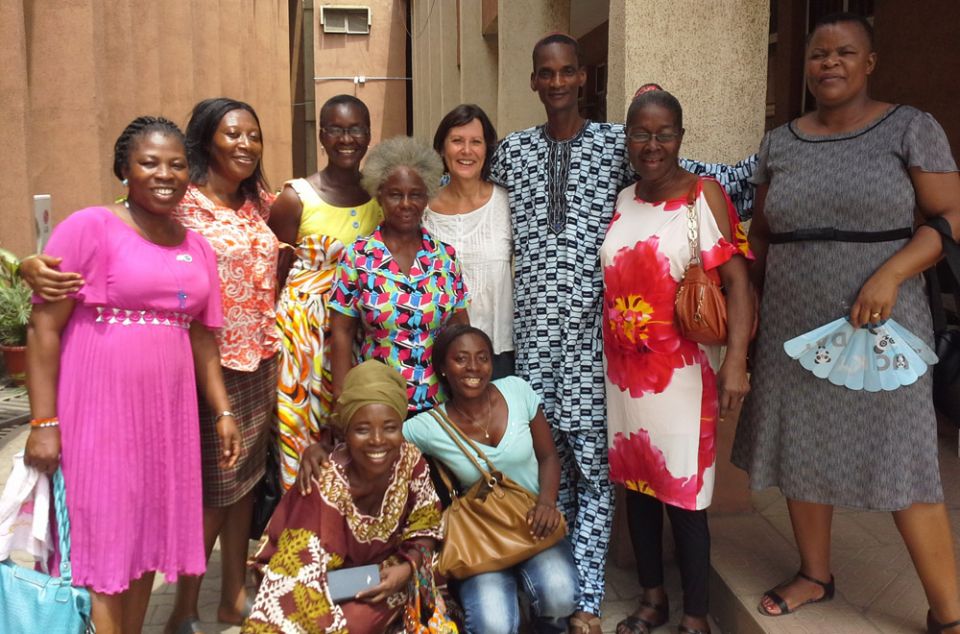 This March, Christians who have been touched by the Walk to Emmaus ministry will unite for a five-day cruise to the Caribbean to celebrate the program's 40th anniversary. Participants will hear speakers discuss how Emmaus has shaped their lives, learn about newer ministries Emmaus has developed, explore the city of Cozumel, Mexico, and share in worship with the rest of the Emmaus community.

Such a large celebration is fitting for the retreat program that has grown to serve Christian communities in 41 countries around the world. Over 40 years, 1.4 million Christians in six continents have gone through the Walk to Emmaus program.

Greg Engroff, international lay director of Emmaus Ministries, believes the program has global appeal in part due to globalization, and in part because the "message of Jesus is relevant to everybody."

Russell also noted the retreat's general format as reason for its growth.

"The ability of laypeople to minister to laypeople," he said. "The spiritual inspiration. The easily accessible structure of the weekend. The energy that the people come out from the weekend with is contagious."

Walk to Emmaus is best known for its parish-based format, which is rooted directly in the program's founding. 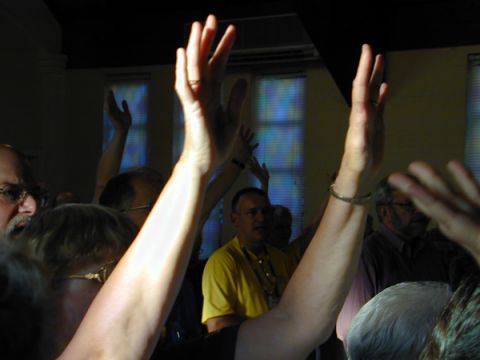 Walk to Emmaus program participants attend an event in 2002 in Harrisburg, Pennsylvania. (Courtesy of Emmaus Ministries)

"We started Emmaus because we wanted a parish-based experience," Russell said. "The goal was, for me, to renew a specific parish community where I pastored. We believed some of the most powerful witness was laity to laity."

In 1978, Russell asked Myrna Gallagher, then-director of religious education of St. Louis Parish, to help develop a retreat program that enabled laywomen to minister to laywomen. This concept built on the principles of Cursillo — a Catholic movement founded in 1944 by a group of laymen in Spain that focused on developing lay Christian leaders through three-day retreats. Russell and Gallagher's intention was to use those same principles for a retreat pertaining to women of their parish.

Gallagher assembled a team of five women who decided the retreat would be based on the Emmaus Scripture reading (Luke 24:13-35). Gallagher wrote in a brief "History of Women's Emmaus Retreat" that she and her team hoped the weekend retreat "experience would afford an opportunity for the candidates to meet Jesus on their personal journey to Emmaus."

She noted that their vision was that participants could then return home "assured of His Father's love for them and be able to minister to others."

Russell emphasized that Emmaus has grown into the ministry it is today largely because of the "saintliness" of Gallagher.

In 1981, the Catholic Cursillo and the Methodist Cursillo movement — which also focused on leadership development through lay ministry through an organization called "Upper Room Cursillo" — agreed that the Walk to Emmaus program should be ecumenical. Both the Catholic and Methodist Cursillo movements decided that Upper Room Cursillo should be renamed "The Upper Room Walk to Emmaus." Emmaus would then serve Christians of all denominations who desired to bring the program to their own communities.

Since that change, the expansion of Walk to Emmaus has been primarily facilitated through an organization called Upper Room Ministries, a unit of the board of discipleship of the United Methodist Church.

The program is currently structured into three parts. Participants begin with pre-Emmaus preparation, followed by a three-day Walk to Emmaus Weekend event, and end with the "Fourth Day" — where participants expand their spiritual lives and become more active members of their local church as well as active disciples of Christ in service to the world.

The weekend event is the centerpiece of the program. It is there that participants reflect on their faith and listen to 15 talks, given by both laity and clergy, that follow an outline provided by Walk to Emmaus.

Emmaus encourages facilitators to teach two-thirds of the class following the outline, and one-third drawing from their own experience or witness. In line with Emmaus' belief and reliance on lay ministry, 10 of the 15 talks are given by laity.

Engroff believes that the current format of Walk to Emmaus and its emphasis on lay ministry is in line with what Jesus originally wanted for the church.

"Jesus wanted us to work in partnership with clergy — clergy and laity working together to build the church," he said.

When asked how Walk to Emmaus has changed in the past 40 years, Engroff noted that the language is constantly being upgraded.

Also commenting on Emmaus' changes, Russell said, "The spirit of God is always evolving. There's natural cultural adaptations according to the spirit of the times but hopefully the heart of the experience keeps that original vision."

Engroff mentioned that a new challenge for Emmaus is getting people willing to devote three days out of their busy schedules for the weekend event.

In the future, as the Walk to Emmaus program continues to grow, Engroff hopes that more emphasis is placed on the Fourth Day and the continuing service that accompanies it. Because the aim of the program is the "renewal of the church through Christians," Engroff said, the Fourth Day is actually "the most important part." Alumni of the program should "want to change the world for Christ."

That change is not a simple rallying cry. Engroff believes Walk to Emmaus can have tangible effects in building a better and more peaceful world — so much so that Upper Room is currently working with Methodist and nondenominational bishops in Africa to increase Emmaus' presence there.

According to Engroff, both Emmaus Ministries and the bishops hope the Walk to Emmaus program can deter the expansion of the Islamic State through "love and through numbers who will not listen to the mantra of hate."

Whether that ambition is ultimately achieved, Walk to Emmaus will still have plenty to celebrate when it boards its Caribbean cruise in a few months.

"It's amazing how the rush of the Spirit can take over when it's kingdom-building," Russell said.

"I always think I have the coolest job in the world," Engroff said, "and I absolutely do because you get to see the Holy Spirit change lives over a three-day period."

[Jesse Remedios is an alumni of Duke University. He recently completed a service-year with the AmeriCorps City Year program.]