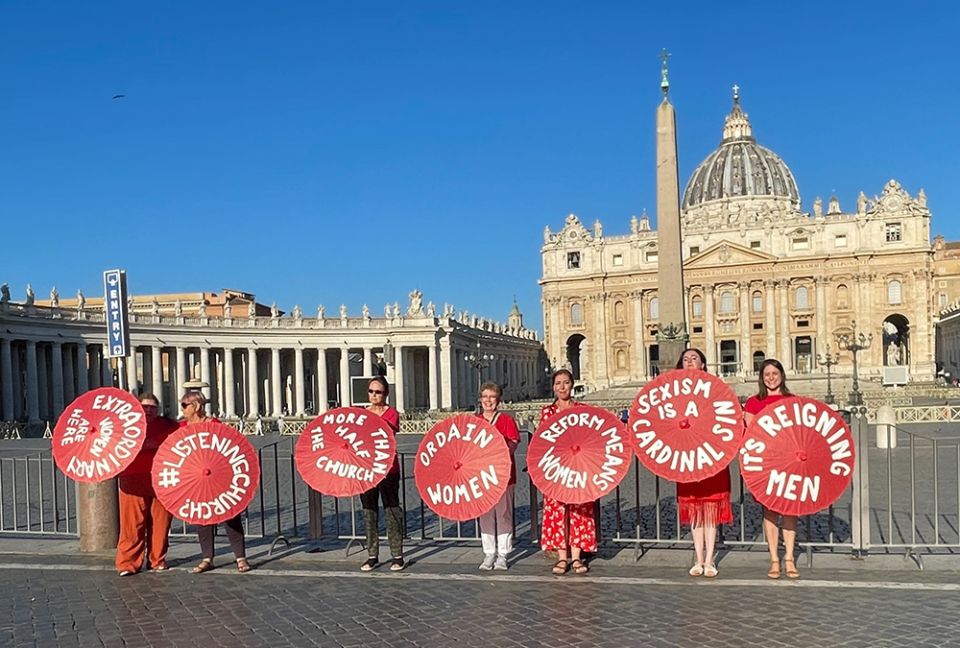 Rome — As 197 Catholic cardinals, patriarchs and priests entered the Vatican on Aug. 29 for a closed-door, two-day meeting on the church's governance, women's ordination advocates gathered outside to protest the absence of women at the event — only to then be removed from the premises and later detained by Italian authorities.

"We hoped our witness would provoke an awakening of their consciences that there are sisters who are outside who are not included in these conversations," organizer Kate McElwee told NCR after being released by the Italian police responsible for the security of St. Peter's Square.

Now, according to McElwee, Women's Ordination Worldwide (WOW), the umbrella group that organized the event, is officially "under investigation" for its action.

The women's ordination advocates, outfitted in red outfits and carrying red parasols, had gathered near the Vatican just before 8 a.m., prior to the 9 a.m. start of the closely watched Vatican summit. 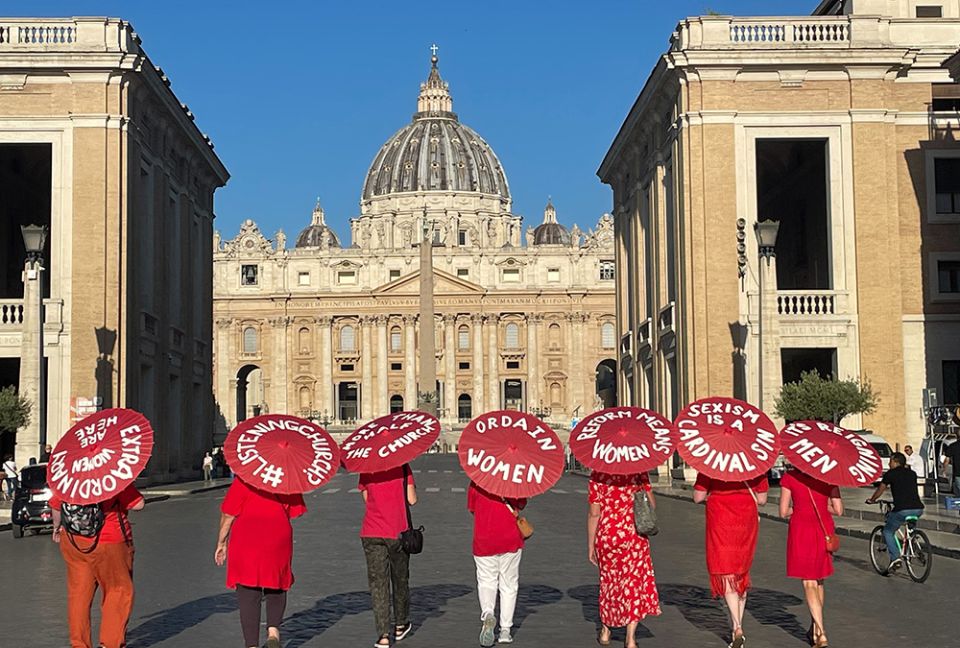 A group of seven women hailing from the United States, the United Kingdom and Poland then marched down Rome's Via della Conciliazione, the iconic street leading into St. Peter's Square, before making its way to the piazza outside the Vatican's Dicastery for the Doctrine of the Faith.

There — near the primary entrance to the Vatican's Paul VI Hall, where Pope Francis has convened the College of Cardinals for the Aug. 29-30 meeting — the advocates opened their parasols, which displayed reform slogans such as: "Ordain women," "Sexism is a cardinal sin" and "It's reigning men."

As prelates trickled in for the meeting, some smiled and said hello; others took leaflets, as the advocates asked them to "pray for your sisters outside."

Francis has called the meeting of the world's cardinals to discuss Praedicate Evangelium, the apostolic constitution he released in March to reorganize the Vatican's central bureaucracy. While the document explicitly allows women to serve as leaders of Vatican departments for the first time, McElwee said she thought it was an injustice that no women were invited inside for the two days of meetings.

"We wanted our witness to stir that awareness in our brothers in Christ who are in the room," said McElwee, who is the executive director of the Women's Ordination Conference. (McElwee is also the spouse of NCR news editor Joshua McElwee.)

Instead, nearly 20 minutes after the advocates began their protest, they were approached by Italian police who asked them to close their umbrellas and then soon thereafter corralled them to a nearby holding area for an hour, with the passports and phones confiscated, until being taken to a nearby police station.

There, they were held for another three hours. After signing what McElwee described as "scores and scores" of documents agreeing to comply with an investigation, the seven women were released, with their umbrellas and materials held as evidence.

The Rome office of Italy's national police force did not immediately return a request for comment on the advocates' witness.

The Aug. 29 march marked the third action in support of women's ordination to take place at the Vatican in recent days, as many of the church's leaders are gathered in Rome. 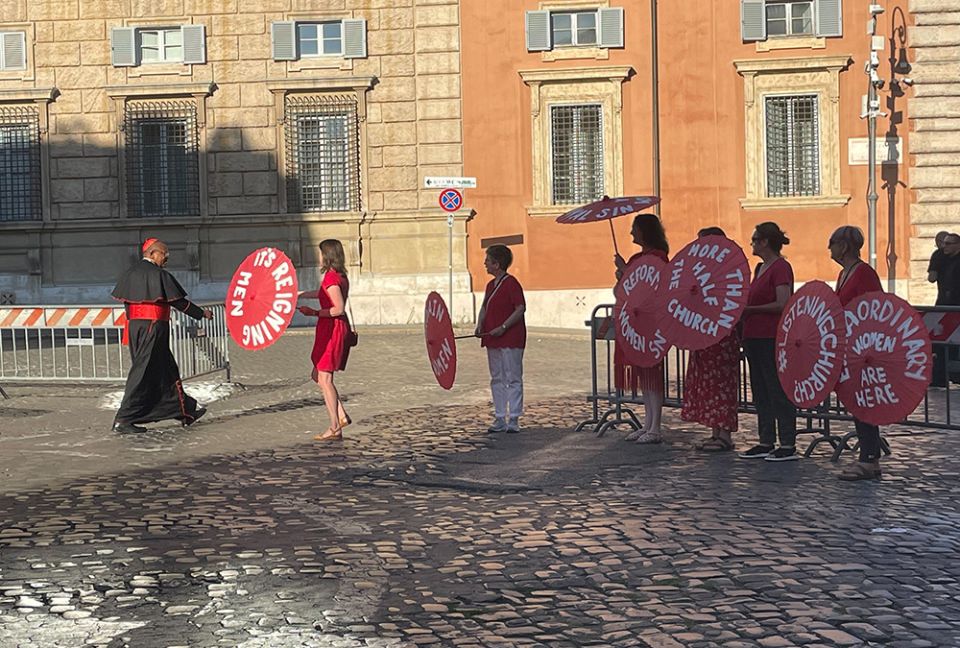 Women's ordination advocates witness outside the entrance to the Vatican's Paul VI Hall on Aug. 29. At left, Kate McElwee, the executive director of the Women's Ordination Conference, approaches a cardinal entering the consistory meeting with Pope Francis. (NCR photo/Christopher White)

On Aug. 26, on the eve of Francis creating 20 new Catholic cardinals, the women gathered in front of St. Peter's Basilica under the night sky with an illuminated "Ordain Women" banner.

During the Aug. 27 ceremony at the Vatican for the formal creation of the new cardinals, advocates passed out small postcards with facts and figures on the Catholic hierarchy.

"At that time, there were 226 cardinals representing supposedly 1.36 billion Catholics involved," said McElwee. "And yet there are zero women involved."

A version of this story appeared in the Sept 16-29, 2022 print issue under the headline: Women's ordination advocates detained outside of Vatican meeting .