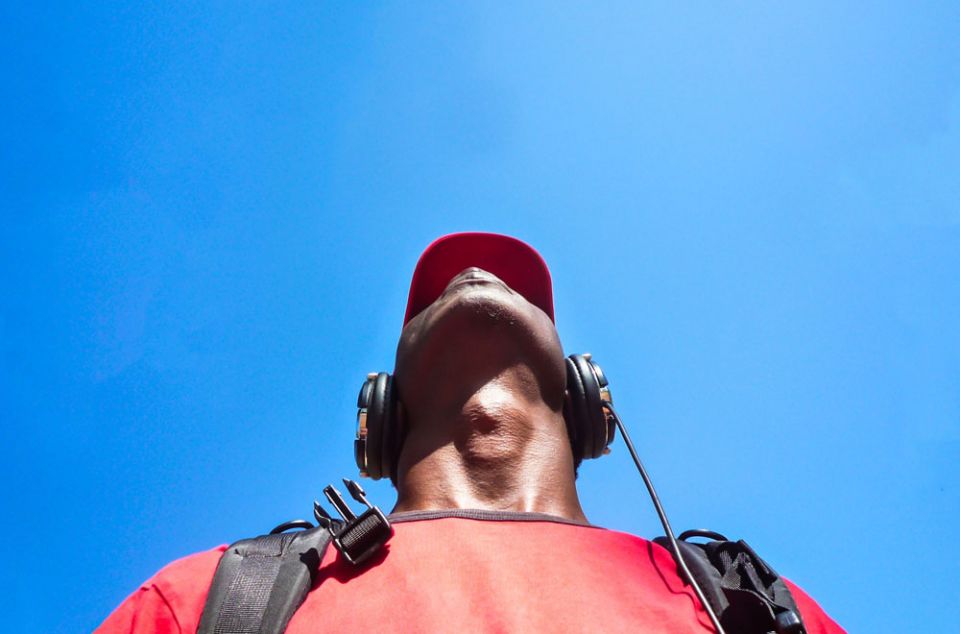 I started listening to podcasts in college, when I'd have to plug my iPod into my laptop to download the latest episodes. (So retro!) Now, thanks to my smartphone, new content simply appears in my podcast app a few times a week from the 15 or 20 shows I subscribe to, ready for listening. The proliferation of wireless-enabled devices has led to an explosion in the medium, and the relative ease of recording a conversation and posting it online means that even if you don't host your own podcast, your friend or your cousin does.

Cut through all the clutter, however, and you'll find an overflowing treasure trove of creative storytelling. Akin to our current golden age of prestige television, we're in a golden age of podcasting. My listening peaks in the warmer months — on walks, while mowing the lawn, and in pre-fatherhood life, on vacation road trips or plane flights.

So, with this week's unofficial start of the summer upon us, I'm here to recommend five podcast episodes from different shows that have stuck with me since first listening to them. You can download them all for free right now.

A quick note before the list: I haven't included any religion-specific shows here, though there are dozens of worthwhile pods on religious topics. ("NCR in Conversation" is just one great example.)

Instead, I'm taking inspiration from this Flannery O'Connor quote: "Your beliefs will be the light by which you see, but they will not be what you see and they will not be a substitute for seeing." Listen to any of these episodes with ears of faith and I think you'll find them full of meaning, as they all explore big questions about what it means to be human.

1. "The Problem with the Solution," an episode of "Invisibilia"

I've recommended this one countless times since first hearing it two years ago. "Invisibilia," a show from NPR, examines unseen forces that shape us, and in this episode they focus on a unique approach to deinstitutionalizing mental illness that's been practiced in Geel, Belgium, for centuries. Host Lulu Miller travels to Geel, where hundreds of host families welcome "boarders" with some form of mental illness into their home, often for years at a time. (Immediately after my "no religion" disclaimer, a brief exception: This tradition is inspired by the legendary Irish saint, Dymphna, who fled to Geel in the 7th century and is a patron saint of mental disorders.) The episode will make you reflect on how we usually treat those on the margins of society, victims of what Pope Francis calls a "throwaway culture."

2. "Hallelujah," an episode of "Revisionist History"

How does creativity work? Does it come in sudden, youthful bursts, or does it take years of practice and editing? Maybe both, depending on who you are? In this episode, host Malcolm Gladwell compares the creative processes of songwriters Bob Dylan (astonishingly fast in his work) and Leonard Cohen (extraordinarily slow). Cohen wrote upwards of 80 verses of his masterpiece "Hallelujah," never ultimately satisfied with it. I'm usually tempted to think of creative genius as this thing you either have or you don't have. But while natural gifts certainly play a big role in creativity, this episode reminds me that it's also something you can practice.

My favorite weekly show of all, "99% Invisible," is a podcast about "the unnoticed architecture and design that shape our world." This episode tells the story of a 1990 project assembling "geologists, linguists, astrophysicists, architects, artists, and writers," tasked to come up with a marker for labeling the danger of a nuclear waste facility that would be intelligible 10,000 years in the future. As language and the meanings of symbols change drastically over centuries, what could possibly work so far down the line? This episode got me thinking about time, the transience of culture, and the way I take our system of communication for granted.

4. "Shipped to Timbuktu," an episode of "Reply All"

"Reply All" is a podcast about the internet. I don't really want to say anything about this episode because it's such a surprising journey within a half-hour and I don't want to spoil it. Can I pique your interest by just telling you it's about Girl Scout cookies and mind-blowing human perseverance? Trust me.

One genre of podcast I love is when a show starts with a particular historical artifact that's easy to overlook and follows it down a rabbit hole in order to uncover all sorts of fascinating details that have relevance today. "Uncivil," a show about the Civil War, digs into the song "Dixie" in this episode, the national anthem of the Confederacy. We learn a lot about the song's history — which was likely written at least in part by an African-American group called the Snowden Family Band — and then the show's hosts have a challenging conversation with a black bluegrass musician about modern cultural appropriation of black music. By the end, you've almost forgotten where you started, but the elements of the story are all tied together beautifully.

All right, that's plenty to get you started on a sonically stimulating summer. Happy listening!