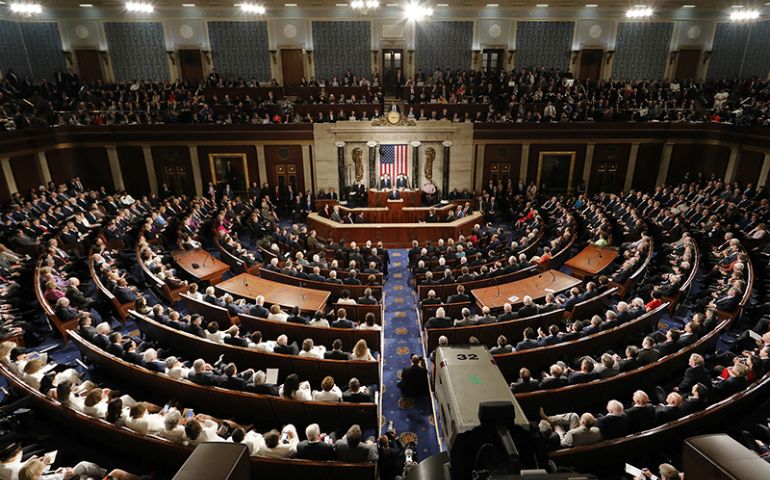 Washington — Following a report that President Trump is thinking of scrapping the ambassador position assigned to combat global anti-Semitism, a bipartisan group of 167 U.S. House members sent a letter asking him to appoint one soon.

The letter, released March 13, asks Trump to "maintain and prioritize" the appointment in a time of rising anti-Semitism.

"During previous administrations, this office was crucial in documenting human rights abuses against Jewish communities abroad as well as developing and implementing policies designed to combat anti-Semitism," the letter states.

The effort to defend the office of the special envoy to monitor and combat anti-Semitism comes after a Bloomberg news report that the position and others at the State Department — including an envoy to the Muslim world — were on the chopping block.

A former special envoy, Ira Forman, has been speaking out on the necessity of the job he once held, noting the office's relatively tiny budget, and also predicting that it would be retained.

Hannah Rosenthal, who also held the job, wrote in The Wisconsin Jewish Chronicle that without the special envoy, combating anti-Semitism will no longer be a priority in the State Department.

"Now we will turn a blind eye. And at a time when we are seeing such an increase in acts of anti-Semitism in our country, it is unconscionable that such a tool in the U.S. foreign policy arsenal will be gone," she wrote.

An array of Jewish groups, from the Anti-Defamation League to the Zionist Organization of America, also called on Trump to maintain the special envoy position, which was created by Congress in 2004.

Among the lead signatories of the letter were Reps. Eliot Engel of New York, the ranking Democrat on the House Foreign Affairs Committee; and Christopher Smith of New Jersey, who chairs its subcommittee on Africa, Global Health, Global Human Rights and International Organizations.