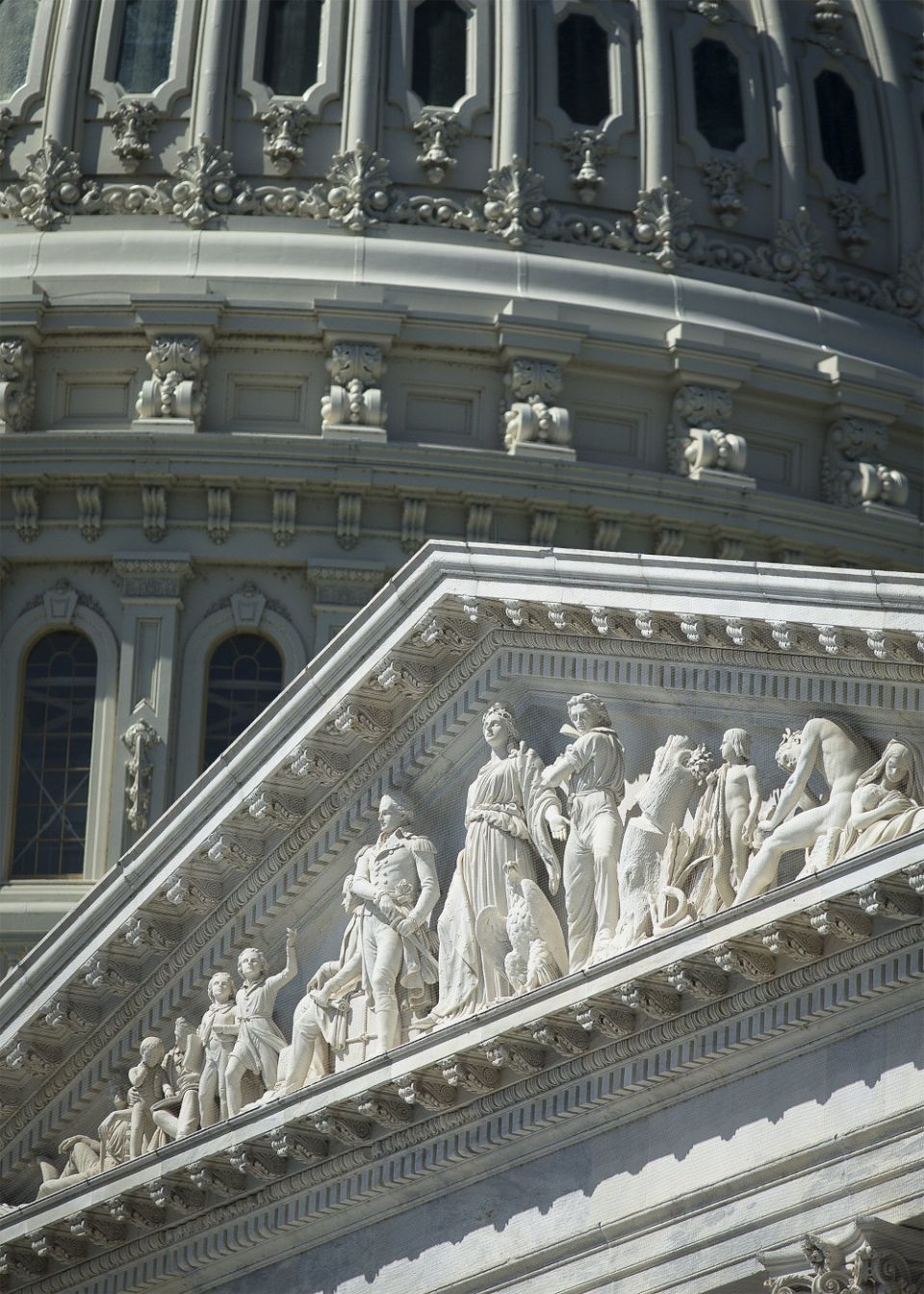 Washington — Faith-based groups are voicing worries that lawmakers will extend already existing provisions to further prevent immigrants from entering the U.S. as legislators haggle over what will be included in a historic $260 billion spending bill focused on health care and the environment.

Several Catholic organizations in the 55-member Interfaith Immigration Coalition voiced worries Aug. 3 that some lawmakers will attempt to include an extension of a Trump-era rule in the Inflation Reduction Act.

The legislation is the most-watched item in Congress as members gets ready to go on summer recess in early August and includes major tax credits and subsidies for health care and the environment.

But some worry that Republican lawmakers will try to insert an extension of the Title 42 of the Public Health Safety Act, which keeps asylum-seekers from entering the U.S. citing health concerns caused by the coronavirus pandemic.

The Trump administration began using the Title 42 rule in March 2020 as knowledge of rising infections of the coronavirus began to surge in the U.S. -- and around the world. Title 42 has not been lifted and federal court rulings have kept it in place.

With Title 42 still in place, "there is no need to legislatively extend the policy," the Interfaith Immigration Coalition said in an Aug. 3 news release. "Bills and amendments that claim to temporarily extend Title 42 not only drive harmful, xenophobic rhetoric, but also impose such unattainable requirements that they would make seeking asylum virtually impossible."

"The member organizations of the (coalition) remain unequivocal in their faith-rooted support of vulnerable people that have been forced to flee their homes, and in the legal and human right to seek asylum," the release said.

The coalition said it has been urging Senators to vote "no" on any amendment "that would harm immigrant communities and derail this important and historic bill that the nation so desperately needs."

Sr. Áine O'Connor, of the Sisters of Mercy of the Americas, said that "anti-immigrant amendments do not belong in this bill, and using immigrants as pawns to score political points denies their essential dignity, belonging and ultimately our own realization of our common humanity and need for one another."

Immigrants are critical contributors to the economy, she said, adding that fearmongering in any language lawmakers introduce into the bill will cause an atmosphere of hate that could cost lives.

"We need only reflect on today's third anniversary of the racist and violent mass shooting in El Paso to see the results of such fanning of white nationalism and anti-immigrant rhetoric," she said.

"We call on senators who try to 'blame the victims,' immigrants, to instead acknowledge that decades of failed U.S. foreign policies in Latin America have contributed to the root causes of migration, creating the spiraling inequality and violence from which people are fleeing for their lives," O'Connor said.

Fran Eskin-Royer, executive director of the National Advocacy Center of the Sisters of the Good Shepherd, pleaded with senators to not attach "disingenuous amendments on immigration and refugees to the Inflation Reduction Act."

"These possible anti-immigrant amendments would further damage our failing immigration system and further harm the innocent men, women and children who are escaping dangerous homelands in search of safety and welcome," she said.

"Our Statue of Liberty and American values embrace all. So should we welcome all, grounded in the knowledge that each and every one of us is endowed with dignity given to us by God," Eskin-Royer added.

Mary J. Novak, executive director of Network, a Catholic social justice lobby group, said that this is "not the time to play politics ... and no poison pills should get in the way" of the package.

But Title 42 may not be the only immigration-related sticking point in negotiations. Some Republican senators have said they may bring up border security and other immigration issues but have refused to say what they are.

Immigration policy watchers also are looking at an impasse on the bipartisan Farm Workforce Modernization Act that Sens. Michael Bennet, D-Colo., and Mike Crapo, R-Idaho, have been working on, trying to establish a pathway for foreign farmworkers to obtain legal status in the U.S.

While there had been some hope that a deal could soon be struck, given that a lack of workers in the fields has been blamed for the increase in food prices on U.S. grocery store shelves, senators have not been able to come an agreement.

The bill passed in the House of Representatives, but the senate has stumbled over worker rights.

National Public Radio, in a July 18 story, said senators are "stuck on a little-known provision centered on those H-2A workers: whether they should be allowed to sue their employers if they believe labor laws have been broken."