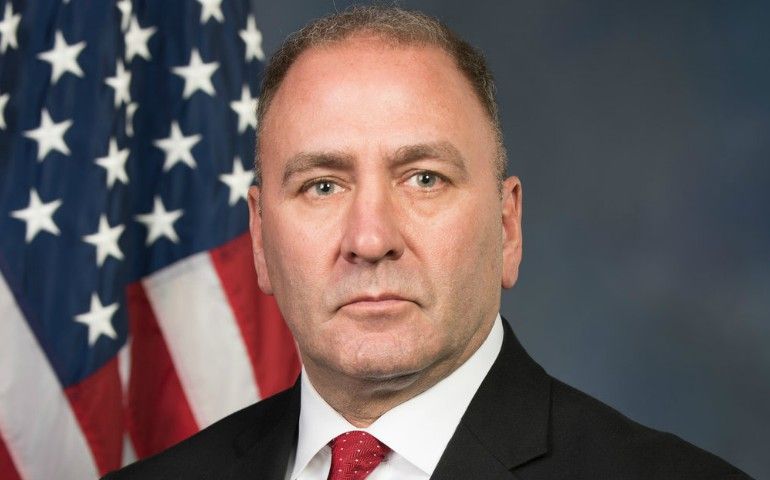 Officials at the Auschwitz‑Birkenau Memorial and Museum chastised a U.S. congressman who recorded a video in which he lobbies for a strong military and tight homeland security from inside a gas chamber at the Nazi death camp in Poland.

Louisiana Republican Clay Higgins recorded five minutes of video, including some from areas of the site where Jews were gassed and their bodies burned. Higgins, an Army veteran and former police officer, briefly explains in the video how the victims were killed.

"This is why homeland security must be squared away, why our military must be invincible," Higgins says, with some of the ovens in the background.

That drew the attention of Auschwitz officials.

Everyone has the right to personal reflections. However, inside a former gas chamber, there should be mournful silence. It's not a stage. https://t.co/AN5aA1bYEU

"Congressman Higgins, Auschwitz is not a television studio," Steven Goldstein, the center's executive director, said in a statement. "It is the site of genocide and tragedy for the Jewish people that you have disrespected. Not only must you apologize, but you must also get the sensitivity training appropriate for your continued service in the U.S. Congress."

Higgins' office did not immediately respond to a request for comment from USA Today.

The video was posted July 1 on the conservative Lee Johnson Media's YouTube channel. In the video, Higgins goes on to say that man's inhumanity "can be quite shocking." He said that the world is a smaller place today than during World War II and that the U.S. is more susceptible "to a horror like this."

"It's hard to walk away from gas chambers, ovens, without a very sober feeling of commitment, unwavering commitment, to make damn sure that the United States of America is protected from the evils of the world," Higgins said.

Higgins made news last month after a terror attack in London when he posted on Facebook the assertion that "the free world ... all of Christendom ... is at war with Islamic horror. Not one penny of American treasure should be granted to any nation who harbors these heathen animals."

Higgins' post went on to say that suspected radicalized Islamists should be denied entry into the United States.

"Every conceivable measure should be engaged to hunt them down," he said. "Hunt them, identify them, and kill them. Kill them all. For the sake of all that is good and righteous. Kill them all."

That post drew an outcry on social media, with critics blasting Higgins for treatment of "suspected" terrorists and because there was no mention of trials. Higgins was unapologetic, telling The Times-Picayune of New Orleans that "the terrorists certainly take advantage of the politically correct madness that consumes the West. They revel that many in the western world are frightened to speak freely."