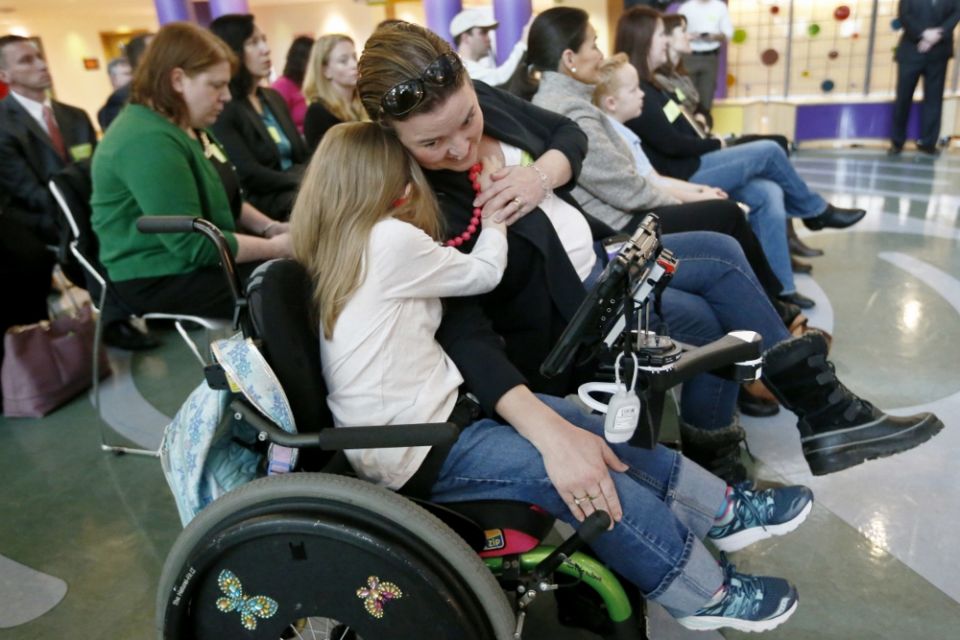 The White House has requested a $7 billion cut to CHIP as part of a $15 billion rescissions package sent to Congress last week to address the spiraling debt. Since the cuts would come from money allocated but not spent or from a contingency fund, the Trump administration insists they would not negatively affect children's health.

But the rescission — a rarely used budget maneuver — would be an "unfortunate and an unacceptable" way to address the deficit and result in only a "paper shuffle" reduction while causing a "real loss in funding" for children's health care, said a statement from the Catholic Health Association opposing the cuts.

"As children are among the most vulnerable members of our society, ensuring their continued access to comprehensive health care should remain our priority," Daughter of Charity Sr. Carol Keehan, Catholic Health Association president and CEO, said in an emailed statement to NCR.

Catholic Health Association represents more than 600 hospitals and 1,600 long-term care and other health facilities in all 50 states and is the largest group of nonprofit health care providers in the nation.

Keehan called CHIP "a reliable source of coverage for working families who earn too much to qualify for Medicaid, but too little to afford private health insurance."

"On behalf of the Catholic Health Association, I urge the Administration and Congress to retain all funding previously allocated for the Children's Health Insurance Program and ensure its availability for future reallocation in addressing the health care needs of children under the program," she said.

More than 500 national, state and local organizations also oppose the cuts, arguing in a letter to members of Congress that CHIP's contingency fund protects the program in case of economic recession, a public health crisis or natural disaster — all of which leave families vulnerable and more likely to qualify for the program.

Rescinding the money originally allocated as part of a bipartisan agreement to extend the program for 10 years would "undermine the very program Congress intended to strengthen," said the May 9 letter. Among the signers was Network, the Catholic social justice lobby.

"The nine million children and families who depend on CHIP have already faced months of uncertainty, when its funding expired before Congress took long-overdue action to extend CHIP funding for ten years," the letter said. "After breathing a short sigh of relief, however, the long-term stability and protection these families fought to ensure is once again in jeopardy."

"They're trying to end any flexibility for expenditures in the program," she said. "Any family knows that you should have a rainy-day fund to deal with unexpected issues. ... The thing we as a nation should be investing in is caring for our children."

President Donald Trump has come under pressure to cut the federal deficit, which is expected to hit nearly $1 trillion next year, according to Congressional Budget Office projections that take into account the new tax law passed in December.

"The real issue is the tax cuts," said Campbell. "That's creating the deficit, and they're trying to use money for children's health to pay for it."

Campbell cited proposed cuts to the Supplemental Nutrition Assistance Program (SNAP), Meals on Wheels and community development block grants as other examples of ways the tax cuts, which disproportionately benefit the wealthy, will eventually hurt lower- and middle-income Americans.

Politically, Trump's proposed cuts provide momentum going into the 2018 midterm elections for Republicans to claim they are trying to address the deficit, Campbell said.

"But the big existential question is what the role of government should be," she said. "As Catholic social teaching makes abundantly clear, we share responsibility for each other. Charity can only do so much. Justice is needed to ensure that all can live in dignity and flourish."