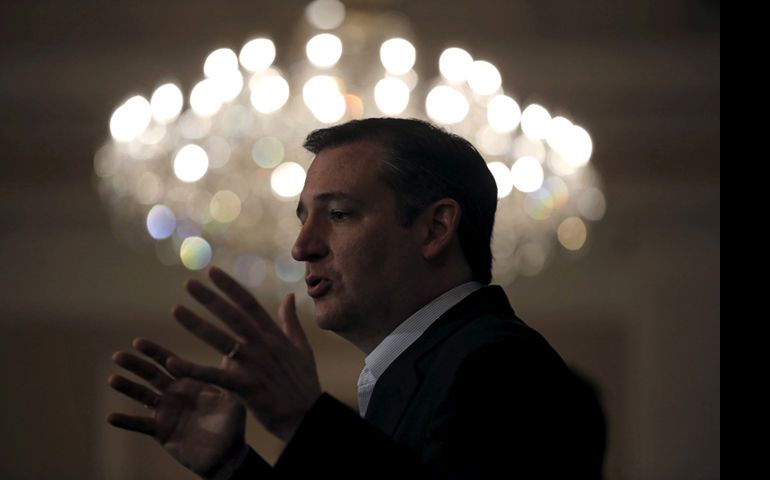 More than 50 conservative Catholic activists and political leaders have come out in support of Republican presidential hopeful Ted Cruz in an effort to shore up Catholic backing for Cruz as an alternative to Donald Trump.

Among them is a priest from South Carolina who may be skirting the edges of his own church's policies against clerics becoming involved in politics.

Trump is currently leading the three-man GOP field and has drawn strong primary support from Catholic voters despite his controversial rhetoric and past stands on key issues like abortion rights, which he once supported.

The Catholics endorsing Cruz, led by Princeton professor Robert George and former Virginia Attorney General Ken Cuccinelli, cited Cruz's opposition to abortion and gay marriage and his advocacy of religious freedom as the reasons for their support.

"No one has been stronger than Ted in standing up for religious liberty and other fundamental constitutional freedoms," said George in a statement posted March 18 on Cruz's website. "He will foster a culture, from the top down, that honors the Constitution -- the one thing that, despite our differences, binds us all together as Americans."

While Trump was not mentioned by name in the endorsement, George and some of the other signers have also been leading the charge against the New York real estate magnate.

Several of them were among dozens of Catholics who signed an appeal earlier this month in National Review that said while they understood Trump's appeal for some Catholics, he was "manifestly unfit to be president of the United States."

That was before Sen. Marco Rubio, who many Catholic conservatives were backing, dropped out of the race following a drubbing by Trump in his home state of Florida.

Cruz, a senator from Texas, is the son of Cuban immigrants but he is a Southern Baptist, not a Roman Catholic. His father, Rafael Cruz, was born Catholic but became a born-again Christian in the 1970s and is known for his fiery preaching.

One of the Cruz endorsements comes from Msgr. Ed Lofton, pastor at St. Theresa Catholic Church in Summerville, S.C., and official chaplain of the Knights of Columbus of South Carolina.

"I am very pleased to give my personal endorsement to Ted Cruz for President of the United States," Lofton said in the statement.

"The Church must not be silent as the nation chooses the leaders who will shape its future. I am personally working for the election of Ted Cruz, and I urge fellow Catholics to join me in giving Ted Cruz our support and our votes."

But Deacon Greg Kandra, a blogger at the Catholic news site Aleteia, wrote that he was "a little surprised to see such a vocal and enthusiastic endorsement of a candidate by a Catholic priest."

Kandra noted that the Catholic Church has strict guidelines against clerics holding office or taking "an active part in political parties."

He also pointed to the U.S. Conference of Catholic Bishops policies stating that church organizations and their representatives should "not endorse or oppose candidates, political parties, or groups of candidates, or take any action that reasonably could be construed as endorsement or opposition."

Other signatories of the Cruz endorsement include Brian Brown, head of the National Organization for Marriage, Ryan Anderson of the Heritage Foundation and Texas Gov. Greg Abbott.

Year in review: Americans wanted change and, with Trump, they got it

Your thoughts on Catholic Trump supporters