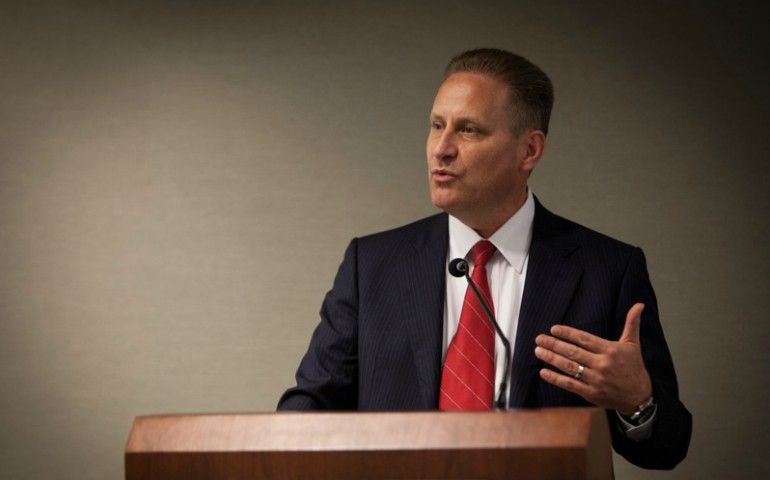 Hobby Lobby's claim that it did not know it was buying ill-gotten artifacts is disingenuous, say those who work in the field and study the ancient Near East.

"Ridiculous," said Jerome Eisenberg, who has specialized in ancient art for more than 60 years and founded New York's Royal-Athena Galleries.

"Fatuous," said Matthew Canepa, a professor of art and archaeology of the ancient Near East at the University of Minnesota.

"No dealer in his right mind would have been involved in this,” added Eisenberg.

The Justice Department on July 5 announced a $3 million settlement with the national craft store chain, after an investigation into its acquisition of 5,500 artifacts that originated in Iraq.

Hobby Lobby President Steve Green is also the founder and chief funder of the Museum of the Bible, slated to open in November a few blocks from the U.S. Capitol. Green, an evangelical, began acquiring artifacts from the ancient Near East about eight years ago.

His family-owned company, which won a major religious rights case in 2014 over its refusal to offer certain types of contraception in its insurance plan as mandated by the Affordable Care Act, has branched out into other ventures rooted in their faith, including a chain of bookstores and the museum.

"We should have exercised more oversight and carefully questioned how the acquisitions were handled,” Green said in a statement Wednesday.

"The Company was new to the world of acquiring these items, and did not fully appreciate the complexities of the acquisitions process.  This resulted in some regrettable mistakes," the statement continues.

Those experts say their story doesn't add up.

"They have obviously created a track record of having a knowledge and at least an appreciation of the value of these things," Canepa said. "They're not just sort of a naive tourist kind of picking up a souvenir."

They were buying thousands of Iraqi artifacts, which is illegal practically by definition, Canepa continued. Anything that comes from Iraq, unless it has a long history within a respected museum, is considered "highly ethically suspect."

According to the U.S. attorney for the Eastern Division of New York, which brought the civil complaint against Hobby Lobby, the company in 2010 imported thousands of artifacts that originated in Iraq and were smuggled through the United Arab Emirates and Israel.

They were marked "samples" — as if they were kitchen tiles or carpet squares — and sent in several shipments to company offices in Oklahoma City.

What they contained, among other objects, were cuneiform tablets — Mesopotamian writings — and clay bullae, or seals on ancient documents.

The U.S. attorney's office said in a statement that Hobby Lobby cooperated with the government, agreed to the $3 million settlement and promised to reform its methods of acquisition.

But the U.S. attorney's office also made clear that Hobby Lobby — and Steve Green personally, who had flown to the UAE to inspect the artifacts — ignored warnings about the purchase.

The company's own expert on cultural property law, for example, made it clear that Hobby Lobby risked buying looted artifacts.

"Notwithstanding these warnings, in December 2010, Hobby Lobby executed an agreement to purchase over 5,500 Artifacts, comprised of cuneiform tablets and bricks, clay bullae and cylinder seals, for $1.6 million," the District Attorney's statement reads. "The acquisition of the Artifacts was fraught with red flags."

Even cautious experts say Hobby Lobby should have known better.

Asked whether the company could reasonably claim it was naive about the artifacts it purchased, Eric M. Meyers, emeritus professor of Judaic studies at Duke University, said in an email that it's hard to say without knowing the identity of the dealer.

But with cuneiform tablets, Meyers added, "the robust supply on the market since the two Iraq wars should have sent a caution sign to both the dealer and the purchaser, whoever they might be."

Democratic fallout from Hobby Lobby decision is 'no surprise'