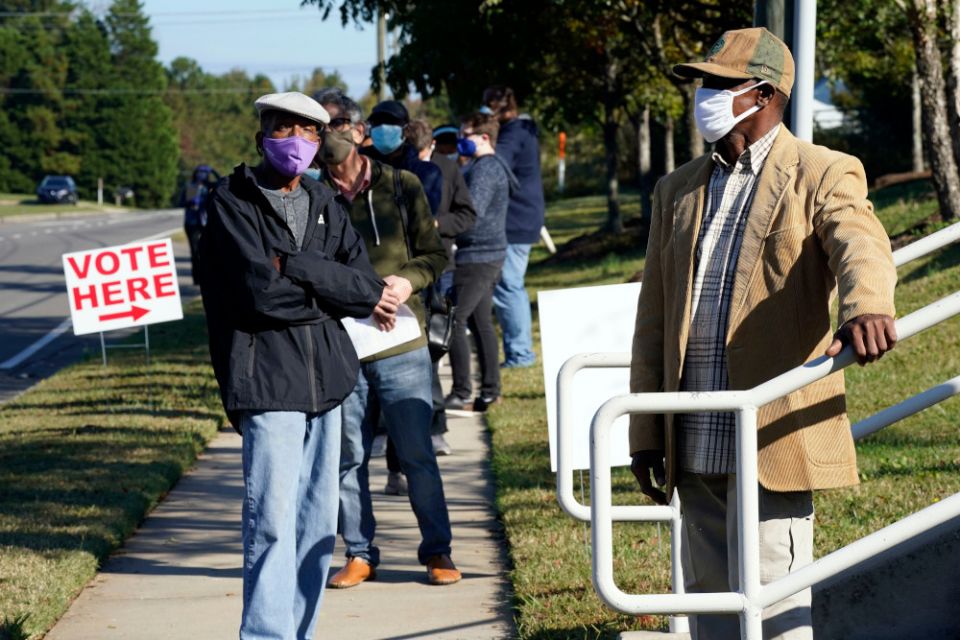 Washington — Two liberal-leaning religious groups are unveiling a short film aimed at mobilizing fellow faith-fueled voters, adding to a flurry of religion-themed advertisements critical of President Donald Trump and his administration that have been released in the final weeks before the election.

The film, titled "Faith Vote 2020: Answering the Urgent Call of Justice," is being produced by two groups: The Resistance Prays and Faith in Public Life Action.

Organizers say the final video will be 15-20 minutes long and feature interviews with a slate of politicians and faith leaders, such as the Rev. Tawnya Denise Anderson, former co-moderator of the Presbyterian Church (U.S.A.); Charles Booker, a Kentucky state representative who gained national media attention for his ultimately unsuccessful U.S. Senate campaign earlier this year; Sheila Katz, CEO of the National Council of Jewish Women; and Linda Sarsour, a Muslim civil rights advocate who also co-chaired the original Women's March.

"Every moral issue is at stake in this election," Sarsour says in the video's trailer. "From family values and family reunification to being stewards of the planet and protecting our planet, to peace around the world — I mean, everything's at stake."

Representatives for the groups say they plan to organize watch parties for the film in every state before the election and will convene a virtual national premiere before the next scheduled presidential debate on Oct. 22.

The video comes just days after the founding of Not Our Faith, a new super PAC formed by a bipartisan group of Christians and designed to chip away at Trump's support among religious voters — particularly Catholics and evangelicals who backed him in 2016.

The group announced a six-figure ad buy this week, starting with a digital ad set to run in Michigan and Pennsylvania.

The ad argues that Trump "has used Christianity for his own purposes."

Meanwhile, a separate group, Vote Common Good, has erected a series of billboards in states such as Michigan and Pennsylvania juxtaposing the messages of Jesus with quotes attributed to Trump.

One of the billboards features an impressionistic image of Jesus next to the words "turn the other cheek." On the other side of the billboard is an image of Trump alongside the quote "I'd like to punch him in the face" — a reference to Trump's reaction to a protester at one of his campaign rallies in 2016.

Most of the videos and ads criticize Trump rather than endorsing his Democratic opponent, Joe Biden. But one liberal-leaning group, Faith 2020, released a digital ad on Oct. 11 showcasing a Pennsylvania Catholic voter explaining why he supports the former vice president.

"We need to get away from the me first, us first, America first mindset," the voter declares in the ad. "To me, that runs absolutely contrary to the answer [to] the question, 'Who is my neighbor?'"