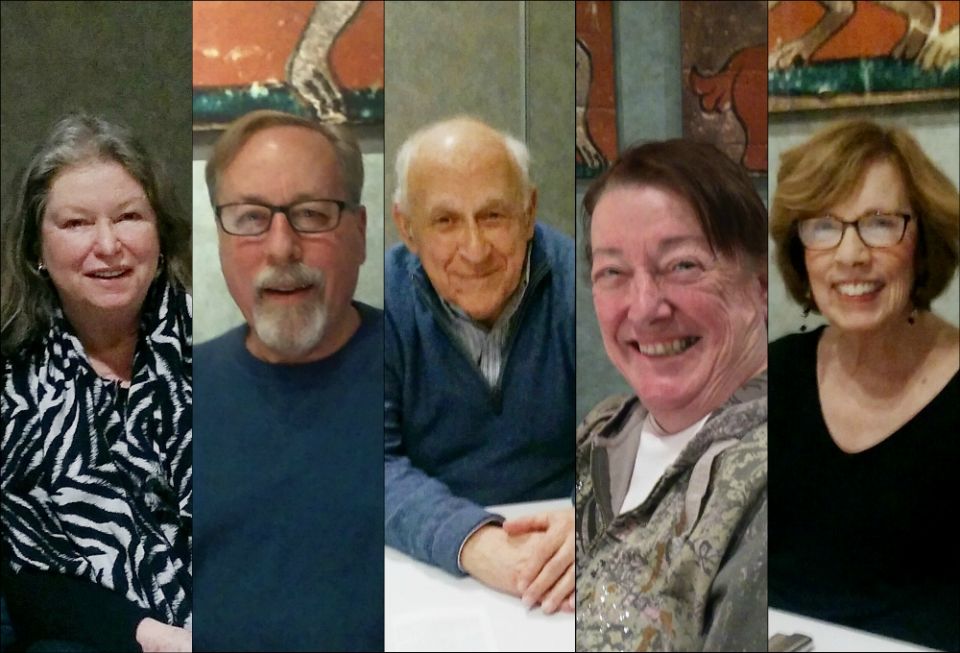 Grosse Pointe Park, Michigan — It's an Electoral College civic lesson reality check. If you are reading this from New York, California, Wyoming or West Virginia, your vote for president will be counted as part of a nationwide consolation prize, with the winner earning points in the popular vote. Just ask Hillary Clinton.

The real action is in places like this suburb tucked just northeast of Detroit. In the 2016 election, Donald Trump won Michigan by just .23% of the total with a margin of some 11,000 votes, with much of his surprising strength coming from the Detroit suburbs.

While most white churchgoing Catholics are Republican, Trump support among parishioners of St. Ambrose in Grosse Pointe Park is much less apparent. Of the towns that hug Lake St. Clair and with variations of the Grosse Pointe name — including Grosse Pointe Woods, Grosse Pointe Farms, Grosse Pointe Shores — this one leans Democrat, with Hillary Clinton winning the vote here in 2016, and other nearby communities going heavily for Trump.

A focus group of 11 parishioners gathered Jan. 12 to chat politics with this visiting reporter. They are mostly retired, married for decades, noting with pride upcoming anniversaries. Most are native Detroiters, with three stating they have moved from other regions but have long been settled in Michigan.

They are all Democrats, with one exception, retired accountant Anthony Birnbryer, describing himself as independent. But they are not doctrinaire: They are all old enough to remember voting for the moderate tradition of Republican Michigan governors, including the father of Sen. Mitt Romney, George Romney, who was elected in the 1960s in what was then known as a swing state with competitive elections.

They say their faith inspires their politics, differently than how that phrase is usually invoked as a battle cry for the Christian right. That would include many white churchgoing Catholics in key Midwest states like Michigan that make up the Trump coalition. 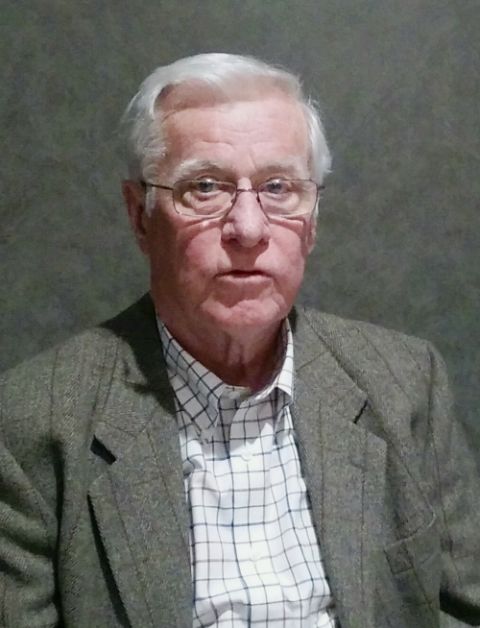 These St. Ambrose parishioners worry that Christian faith has been co-opted into Republican Party politics, sometimes by priests and bishops.

"That's Catholic," said Jack Ryan, a retired history teacher, describing how inspired he was when Speaker of the House Nancy Pelosi called out a reporter who questioned why she hated Trump. The speaker famously retorted that, as a Catholic, she was taught not to hate. The group agreed they would like to see more of that sentiment in politics.

This group said that while their faith inspires their politics, church leaders have largely not provided much of an influence. The pall of the sex abuse crisis hangs over their credibility.

But church leaders aren't helping much in forming consciences, said Joan Cliff, a retired human resources professional who now teaches yoga. She described the church's teaching role in politics as having been torn apart because of the sex abuse crisis and the insistence on some church leaders to focus on single-issue politics such as opposition to abortion.

Liz's husband, John Witherell, a retired electrical engineer who worked for Detroit Edison, said that pro-life in his eyes means more than being anti-abortion. He said the environmental crisis and climate change are examples. It is a sentiment widely shared around the table at the parish hall after Mass. 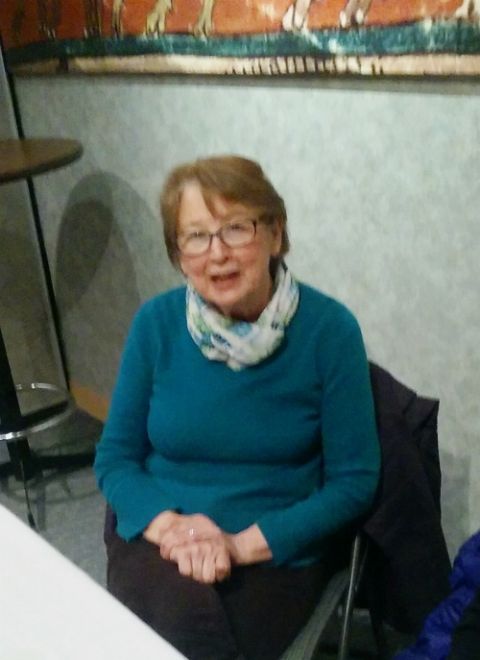 "I am not somebody else's conscience," said Birnbryer, who said he was frequently torn between Republican and Democratic views. Trump's pro-life credentials are questioned. None at this table are willing to say that his pro-life views are born out of sincere conviction.

Mary Birnbryer, Anthony's spouse, a retired educator who now runs a gardening design business, has a friend who voted for Trump because he was considered pro-life. After three years, that friend has changed his mind.

Like many national Democrats, this group is focused on the need to find a candidate who can defeat the president. John Witherell noted that 2016 was a close election in Michigan, when a few more votes per precinct for Clinton could have been instrumental.

They said that their friends who voted for Trump frequently now praise what they describe as a booming economy. That's not enough for this particular group, who all expressed wariness about Trump's approach and public statements on a wide range of issues, including immigrants, the poor, and potential war in the Middle East.

They offer a particular Michigan spin on Trump's support. St. Ambrose Church is located literally a block from the Detroit city line, and the parish boundaries extend into the northeast section of the city. They noted that older voters in the suburbs remain wary of what they perceive as a dangerous urban core. They note, however, that younger people are more inclined to move back to their city roots.

"Most of us are used to going into the city of Detroit and seeing things that others won't see," said Mary Birnbryer. Some express the view that Trump benefited from a racial backlash against Barack Obama.

"I am not afraid to go to Detroit but some of my friends are," said Trisha Buttiglieri, a retired home care nurse. 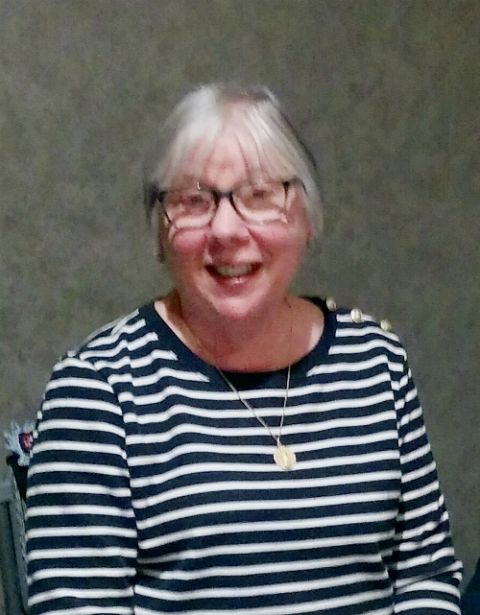 Susan Playwin, a retired medical technologist, said many older suburban voters remain wary of the city, an attitude growing out of the 1967 riots.

This is an all-white group, but they recognize Detroit's long history around race. The region remains one of the most segregated in the country and, they said, that reality has an impact on voters. They agree that Trump has been successful in playing to racial fears in the suburbs.

They expressed concern that Trump voters had cornered the electoral market on Christian faith, through the president's anti-abortion stance and the sense, at least among some evangelical Christians, that the New York real estate developer has in some way been chosen by God to bring America back to a perceived former greatness. Ryan said the Democrats have ceded to Republicans the religious-minded vote.

Asked about who they will vote for in the Michigan Democratic primary March 10 — scheduled a week after the Super Tuesday elections — this group sounded more like pundits in many ways than typical voters. Two said they were for Sen. Elizabeth Warren, two for former Vice President Joe Biden, and one for author and businessman Andrew Yang. The rest are still undecided but all agreed that they worry about a candidate who can defeat the president. They said they were willing to vote for a candidate whom they perceived to have the likeliest chance to be elected, versus one they have the most affection for.

Playwin said she was considering former New York City Mayor Michael Bloomberg, who has run a television ad campaign in Michigan and other states voting in March. "He doesn't have to borrow money from anyone," she said, noting that might make him immune from special-interest politics, echoing, ironically, a line frequently invoked by fellow New York businessman Trump.

But John Witherell is not so happy about the inroads Bloomberg is making with those expensive ad campaigns, largely unchecked so far in Michigan.

"I don't like the domination of politics by billionaires," he said.

For Anthony Birnbryer, Bloomberg's personal wealth and business background is a political plus. "I have to look at it as to whom I think can win," he said.

While there were differences about the strengths and weaknesses of the various Democratic candidates, no one expressed animosity toward any of the candidates. The field is well-liked with the group, with the candidates often referred to in familiar first-name terms, like pleasant neighbors they know well.

"Bernie [Sanders] is a prophet," said Anthony Birnbryer, referring to the progressive senator from Vermont who frequently decries economic disparity.

The candidacy of Yang appeals to Tom Cliff, a clinical social worker and therapist. Cliff knows the Yang platform. 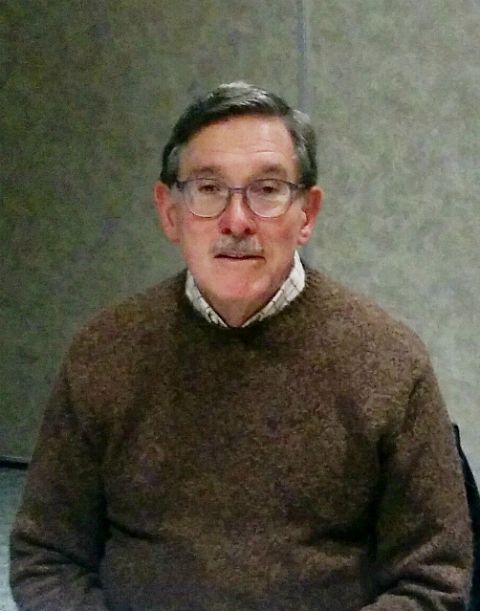 "I like his sense of humor," said Cliff, who also noted the candidate's $1,000 monthly subsidy plan for every household and his position on the need to transform the economy to better serve workers. Cliff is a St. Vincent de Paul service volunteer, and he said that kind of income infusion could be vital to the people he works with who live in poverty across the city line.

Others see potential problems with some of the leading candidates, including Biden's age and Warren's gender as being electoral obstacles to overcome.

Ryan said he liked Mayor Pete Buttigieg's inclination to talk about Christian faith, helping to fill the vacuum about the subject among Democratic candidates. Buttigieg's rhetoric on the social value of Christian service has struck a chord.

"Buttigieg talks like a lot of us here talk about religion," said Marianna Manion, a psychologist. Much of the group work at the parish St. Vincent de Paul Society, assisting the poor who reside within the parish boundaries.

While they like the Democratic field, the imperative remains on perceived electability. Joan Cliff reminds the reporter that Michigan's 16 electoral votes is no cinch for any Democratic nominee.

"It is a very complicated state," she said.

"I feel like the president is so dangerous," she said, expressing concerns that Michigan could once again be part of a Trump election triumph.

Others expressed similar anxiety about how the national political scene has been transformed by three years of the Trump presidency.

Liz Witherell, for one, said she has consciously turned off what she described as the depressing news about politics. She rarely tunes into political news anymore. "The situation is so terrible. You can't exaggerate that too much."

While this is an anti-Trump group — one even invoked Nazi Germany as a parallel for where the country may be headed — they regularly interact with their friends in the Detroit suburbs who think differently. Persuasion, they said, is nearly impossible. The Trump base remains largely impenetrable.

All said that talk about politics with their friends who are Trump supporters is largely verboten. They said there is little room for discussion. Most steer clear of political dialogue with those on the other side.

"People just repeat his lies and repeat everything he says," Liz Witherell said about her Trump-supporting friends.

Her husband, John, says that feeling is echoed from the other direction: "I've been told that I've been brainwashed."

In the midst of this electoral prize, these Catholics in suburban Detroit report that voters remain polarized and largely unwilling to switch sides, a near-perfect reflection of the nation at large, illustrating why Michigan remains as one of a handful of key states where the 2020 election will be decided.

A version of this story appeared in the Feb 7-20, 2020 print issue under the headline: Detroit suburb's parishioners talk presidential politics .

In the voting booth, weigh climate change as a pro-life issue