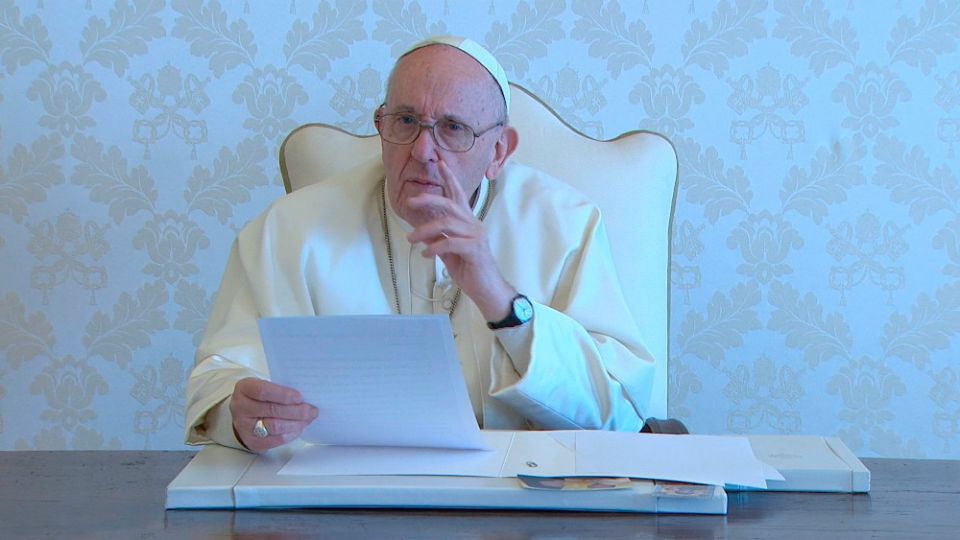 Vatican City — In an online message to grassroots community organizers on April 15, Pope Francis criticized a modern form of politician that he said "turns their back on the poor," and he laid out his vision for a "politics with a capital P."

"Popularism," what Francis calls his alternative to populism, "is about finding the means to guarantee a life for all people that is worthy of being called human, a life capable of cultivating virtue and forging new bonds," he said.

The video message was delivered to participants at an international online conference, "A Politics Rooted in the People," which was organized by the Centre for Theology and Community together with Catholic groups in the United States, European Union and United Kingdom.

Francis first introduced his vision on politics, seen as a service and borne from the ground up, in his 2020 book Let Us Dream, written in collaboration with the Vatican commentator and papal biographer Austen Ivereigh.

"It is a politics not just for the people, but with the people, rooted in their communities and in their values," the pope said at the online event, in contrast to populism, which he said adopts "political paternalism," stripping individuals of their agency so they are "in thrall to ideology."

A good politician, like a good priest, he said, must be a "true shepherd of the people," willing to lead the way, walk amid his flock and cater to the stragglers who are left behind. Francis repeated his desire that "every diocese in the world have an ongoing collaboration with the people's movements."

The pope contended religious and political leaders must not only foster strong ties to grassroots movements and community organizers, but also keep their focus always on the poor, starting with the cultural, spiritual and religious values they hold. "The contempt for the culture of the people is the beginning of the abuse of power," the pope said.

"A politics that turns its back on the peripheries will never be able to understand the center, and will confuse the future with a self-projection, as if in a mirror," he said. This focus mirrors his own efforts to reform the Catholic Church, putting an emphasis on humility, mercy and poverty.

Even as Pope Francis addressed the online group, whose members have immediate contact with local communities, his right-hand man at the Vatican, Secretary of State Cardinal Pietro Parolin, spoke to major players at the international level, setting priorities and spreading a message of human fraternity.

"Attention for the most needy and those who find themselves in vulnerable situations, especially refugees, immigrants, internally displaced peoples, is not only a witness to fraternity, but acknowledges the real needs of our sisters and our brothers," Parolin said at an online summit organized by Holy See representatives at the U.N. on fraternity and diplomacy. That online gathering included the director general of the United Nations Office in Geneva, Tatiana Valovaya, and the high commissioner for refugees, Filippo Grandi.

The high-level event, "Fraternity, Multilateralism and Peace," focused on Pope Francis' latest encyclical, "Brothers All," and the Document on Human Fraternity the pope co-signed with the grand imam of Al-Azhar, Ahmed el-Tayeb.

Parolin called for vaccines for all, continued collaboration on the welfare of migrants and refugees, the promotion of humanitarian rights, dignity in work and nuclear disarmament. On this last point, the cardinal said the resources and talent dedicated to arms and weapons are "cause for scandal" that undermines all global efforts for peace.