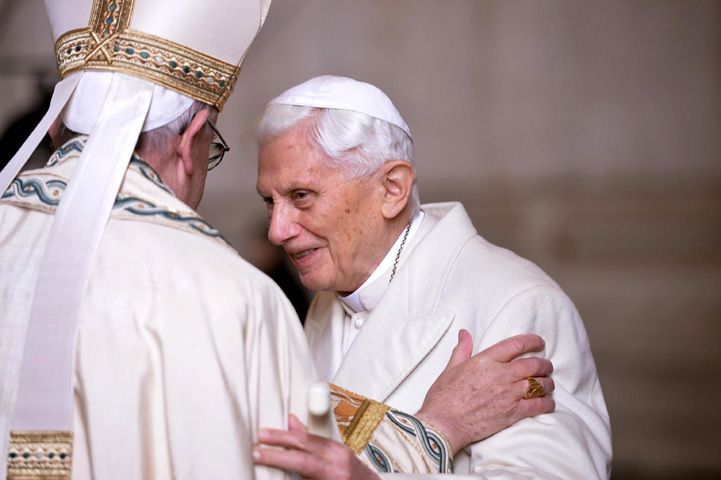 Someone needs to tell the Koch brothers that this is the 21st century, not the late 19th (or 17th)! According to this report at The Guardian, just when the flu is at its peak, a Koch-backed group, the National Federation of Independent Business, is working to roll back laws that guarantee paid family and sick leave as unduly burdensome on private enterprise. In 1877, Chief Justice Morrison Waite delivered his verdict in Munn v. Illinois, in which he reached back to Sir Matthew Hale's 17th century doctrine of public interest, permitting the government to set certain rates for storage at the grain elevators in Chicago. I suppose that doctrine is next on the Koch brothers' libertarian checklist. Sadly, the doings of these brothers is not merely of political worry but of religious concern as well, seeing as the Catholic University of America has seen fit to fete Charles Koch and fawn over him as if he were something other than the enemy of Catholic social thought that he is. (h/t PRRI)

Speaking of evil, according to this report at Reuters, the Trump administration may target immigrants who receive food aid and other government benefits as part of their efforts to round up undocumented immigrants, making it more difficult for them to gain permanent residency. I shall have more on the Trump budget proposals as they relate to the poor tomorrow.

At National Review, Ed Whelan highlights Bishop Thomas Paprocki's statement repudiating the United States Conference of Catholic Bishops' decision to file an amicus brief in support of labor unions. Regular readers will remember Bishop Paprocki's subtle intervention into the debate over same-sex marriage when he held an exorcism for the entire state of Illinois. You might say Paprocki is an outlier, although other words come to mind as well. In any event, it is incumbent upon Cardinal DiNardo, the president of the bishops' conference, to state whether he thinks Paprocki is right and that the staff ran amok on this brief or not.

At Vatican Insider, at the time of Pope Francis' election, Pope Emeritus Benedict pledged his "total obedience" to the new pope and, by all reports, he has never wavered in that promise. If only all of the cardinals and bishops would follow Benedict's lead! Look for more and more reporting on Pope Benedict as he nears the end of his life. I hope that he will get credit for two things: turning the Vatican around on the subject of clergy sex abuse, and his efforts on behalf of the environment. Long before Laudato Si', Benedict was known as "the green pope." Francis has upped the ante, to be sure, but Benedict got the ball rolling.

More stupid political correctness: At HuffPost, a story about a New York Times writer, Bari Weiss, who gave a shout out to Japanese-American figure skater Mirai Nagasu, only to be chastised for referring to the skater as an immigrant when she is actually the daughter of immigrants and held dual citizenship until recently. Thought police of the left: get a grip. Nagasu completed the first triple axel by an American woman skater in the Olympics — is it OK to mention she is a woman? Does the fact that women compete against women, and men against men, at the Olympics, does that offend the politically correct too?

Paul Kane, at The Washington Post, on the death and burial of deficit hawkdom. No one in Washington cares about budget deficits anymore. This is not a good thing, but there is a silver lining. For most of my adult life, Republicans talk about the need to shrink deficits and then balloon them, while Democrats deny any budget balancing fetish, but actually do more to rein in spending when in office. There is no reason today, with the economy humming along, to indulge additional deficit spending. Now is a time to pay down some debt. But, we have fallen through the rabbit hole in so many ways, why should we be surprised that the party of Robert Dole is now the party of deficit expansion.