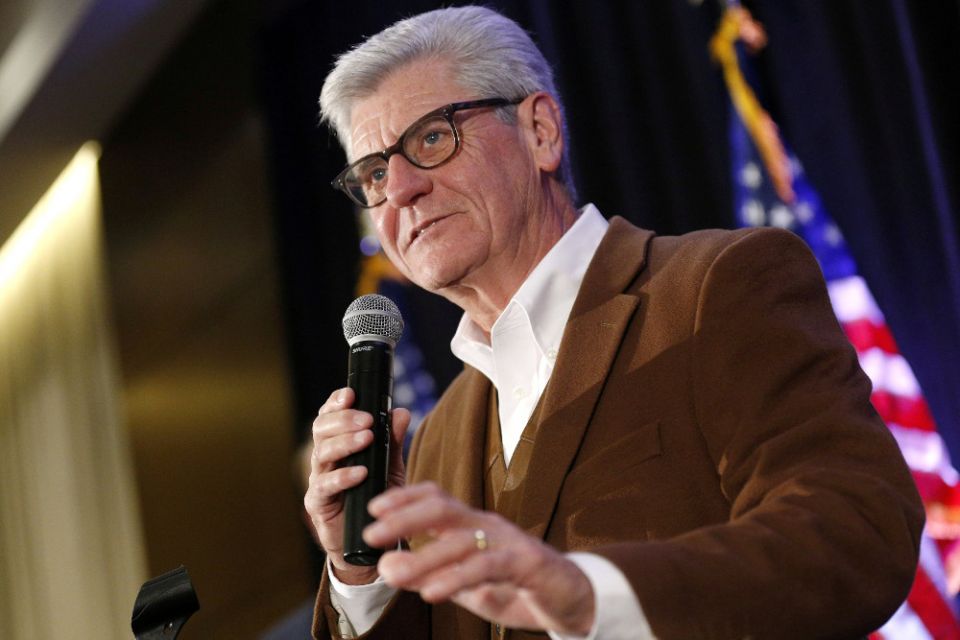 Mississippi Gov. Phil Bryan signed the "heartbeat" bill into law March 21, 2019, which makes abortion illegal in the state after a fetal heartbeat is detected. He is pictured in a Nov. 27, 2018, photo. (CNS/Jonathan Bachman, Reuters)

Washington — Since the confirmation of Justice Brett Kavanaugh last October and the 2018 midterm elections, a number of states have new laws in place to either expand or restrict abortion, including Mississippi, whose new law puts the state among the most ardent on the pro-life side of the battle.

On March 21, Mississippi Gov. Phil Bryant, a Republican, signed into law S.B. 2116, a "heartbeat bill" which will prohibit abortions in the state after the point a fetal heartbeat is detected.

It was approved by a 34-15 party-line vote with most Republicans supporting it and most Democrats rejecting it. The House passed it in a 78-37 vote. Set to take effect in July of this year, it will set tough restrictions for the state's only abortion clinic — Jackson Women's Health Organization.

Pro-life advocates cheered the bill's passage, among them Mississippi Bishops Joseph Kopacz of Jackson and Louis Kihneman of Biloxi.

In a joint statement, they extolled the bill for protecting "the tiniest and most vulnerable of our citizens" and expressed hope that "the courts will uphold this law and continue to pray for an end to abortion in our nation." They concluded with a list of clinics in the state that assist women who find themselves in difficult pregnancies.

The bill makes abortions illegal as soon as the fetus' heartbeat can be detected, which could be as early as six to eight weeks; in some cases it may be as late as 12 weeks when detected with a Doppler fetal monitor. The only exceptions would be to prevent a woman's death or her serious risk of impairment.

The Susan B. Anthony list, a national pro-life advocacy group based in Washington, echoed similar sentiments. President Marjorie Dannenfelser said: "The people of Mississippi, like most Americans, reject the extreme status quo of abortion on demand through birth imposed by Roe v. Wade. ... It is no wonder we see growing momentum to humanize our laws."

Groups that support legal abortion already have plans to challenge the new law. According to The Washington Post, the Center for Reproductive Rights, the American Civil Liberties Union and NARAL Pro-Choice America have all labeled it unconstitutional and plan to wage a court battle against it soon. Hillary Schellner, an attorney at the Center for Reproductive Rights, told The Washington Post that "this ban is one of the most restrictive abortion bans signed into law, and we will take Mississippi to court to make sure it never takes effect."

Bryant fired back at the bill's detractors in a tweet where he affirmed his pro-life convictions. He also mentioned that the prospect of legal challenges only served to strengthen his resolve to sign the measure even before the bill was passed, saying: "We will all answer to the good Lord one day. I will say in this instance, 'I fought for the lives of innocent babies, even under threat of legal action.' "

A legal fight may indeed prove problematic for the bill. According to The Hill, a similar measure was approved by Kentucky's legislators and signed by the governor March 15, only to be stopped by an order from a federal judge the same day. The legislation is on hold until a hearing on it can be held. Leading the effort against the Kentucky version was the American Civil Liberties Union, which teamed up with the state's only abortion clinic.

Other states in which heartbeat bills have gained traction include Georgia and Ohio. Iowa also had passed such a measure, but in January, a judge declared it unconstitutional. Other states, like Rhode Island, continue to seek policies that will expand abortion access.