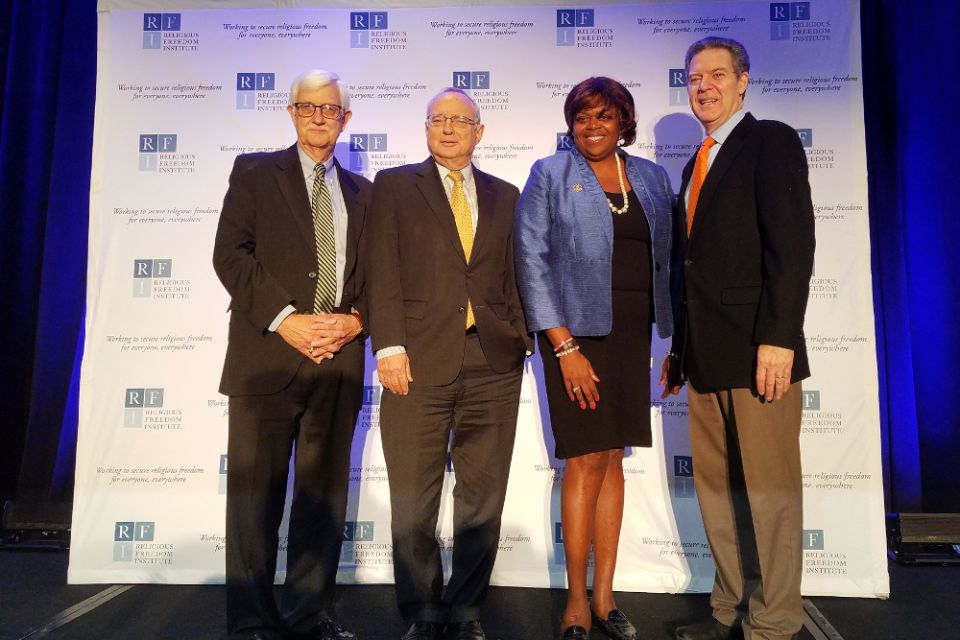 Washington — The U. S. ambassador for religious freedom called for renewed activism on protecting faiths around the globe on Nov. 9 as religious liberty advocates gathered in the nation's capital to mark the 20th anniversary of the International Religious Freedom Act.

"We should push and we should push it hard," said Sam Brownback at the event sponsored by the Religious Freedom Institute and Baylor University, which drew more than 100 people to the Hyatt Regency Washington hotel on Capitol Hill.

Brownback, a former U.S. senator and governor of Kansas who was confirmed in January as the fifth U.S. ambassador-at-large for international religious freedom, was a key sponsor of the 1998 law that called for the creation of a bipartisan U.S. Commission on International Religious Freedom, charged with producing an annual report on the worst violators of religious liberty. The measure also directed the State Department to create the ambassador position that Brownback holds today.

In July, Brownback and Secretary of State Mike Pompeo hosted the first-ever Ministerial to Advance Religious Freedom at the State Department in Washington, which was attended by representatives of 84 countries.

On Friday, Brownback recalled with pleasure the broad range of people of faith and no faith at the ministerial. He commented on the variety of religious headdresses at the gathering, including some that had "funny points, to me."

"We had all sorts of hats — a number of 'em I didn't understand — but I loved the color, I loved the shape," he said. "I loved the hats because all the hats were together on this thought: We all agreed we should be free to choose, free to be protected from the state or from the mobs that would infringe upon our right of religious freedom."

He said the State Department plans to announce a second ministerial and said nine other countries are also planning regional religious freedom summits.

Brownback said he hopes some of the "older minds" on religious freedom will work with the next generation to gain new activists for their cause.

"We need a religious freedom movement in the United States," he said. "My thinking is it needs to go specific. It needs to start at Baylor or other university campuses."

He proposed that such a movement could start with campus visits from speakers who have experienced persecution firsthand, such as Rohingya Muslims who have lived in refugee camps after being forced to flee Myanmar. Citing Tibetan Buddhists, Uighur Muslims and Christian house churches, all of which have suffered limitation or persecution in China, Brownback suggested others might work together and say, "Let's free China from religious persecution."

The daylong event featured, besides Brownback, all four of his predecessors as ambassador-at-large for international religious freedom. Bob Seiple was honored as the first person in that role and was joined at the gathering by John Hanford, the Rev. Suzan Johnson Cook and Rabbi David Saperstein.

The anniversary observance was sponsored by Baylor in Washington and the Baylor Institute for Studies of Religion along with the Religious Freedom Institute, a Washington-based organization that funds scholarship and on-the-ground action teams to advance religious freedom. 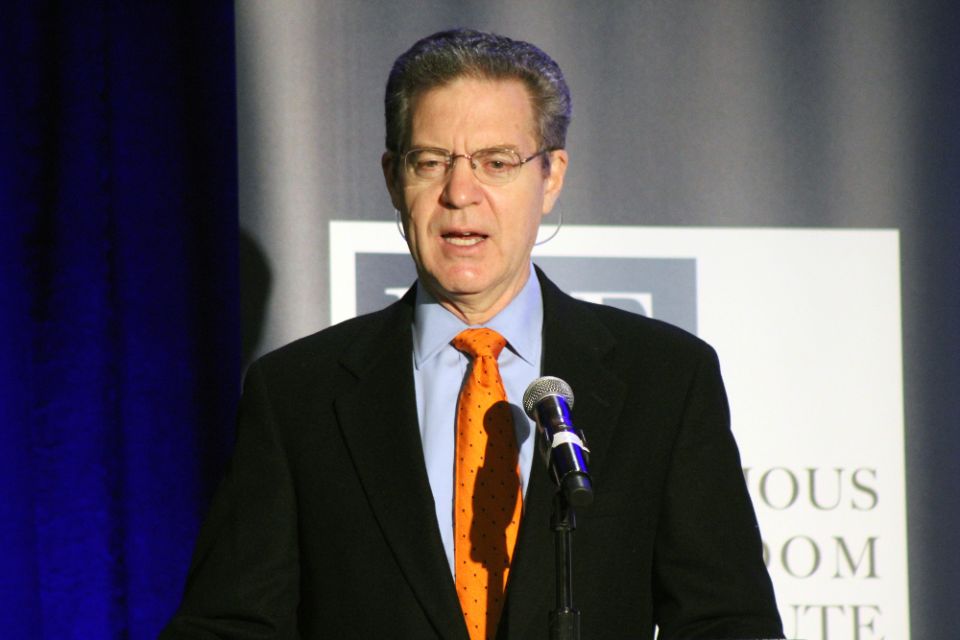 Report: Only 'full recognition of religious freedom' will protect people