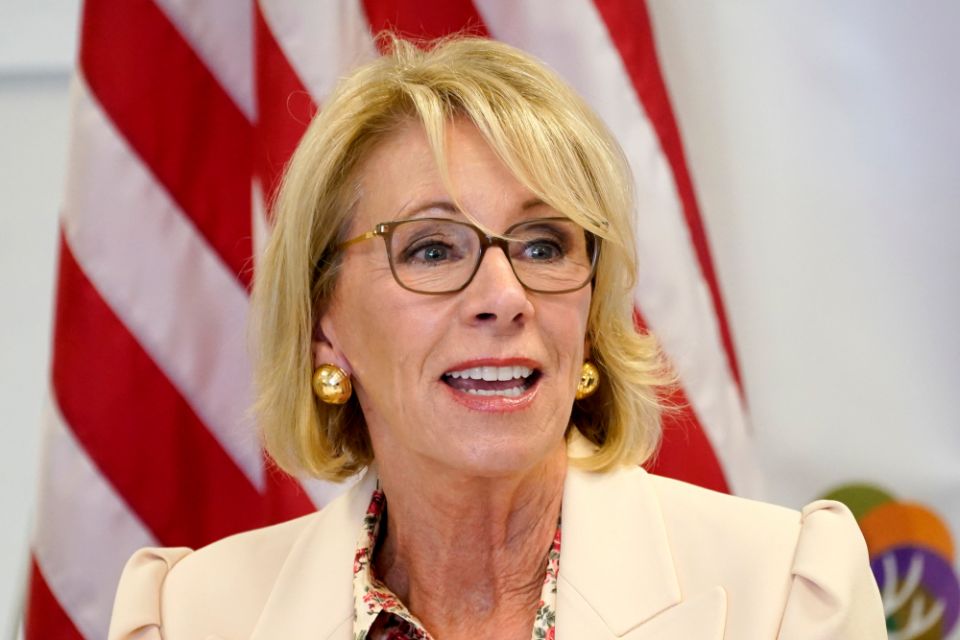 In this Oct. 15, 2020, file photo Secretary of Education Betsy DeVos speaks at the Phoenix International Academy in Phoenix. DeVos said the relaxed rules ensure that faith-based groups "do not give up their First Amendment rights as a condition of participating in taxpayer programs." (AP File/Matt York)

In new rules coordinated across nine federal agencies, the administration said it was clearing barriers that make it difficult for religious groups to participate in federal programs.

Chief among the changes is the elimination of a rule requiring faith-based groups to tell clients about their religious affiliation and to refer clients to a different program upon request.

It also removes a rule telling religious groups to give clients written notice about their rights, including that they can't be forced to participate in religious activities.

Veterans Affairs Secretary Robert Wilkie said the changes will "remove unfair obstacles" standing before groups that seek to contract with the agency to help veterans.

"VA partners with hundreds of groups across the country that are looking to support our Veterans," Wilkie said. "Making it harder for faith-based groups to deliver this support never made sense."

Education Secretary Betsy DeVos said the policy ensures that faith-based groups "do not give up their First Amendment rights as a condition of participating in taxpayer programs."

Proposed last January, the policy follows through on an executive order President Donald Trump signed in 2018 aiming to put religious groups on equal footing when they compete for federal grants and contracts.

The executive order was one of several overtures Trump made to his evangelical Christian base around the presidential campaign. Trump also vowed to protect prayer in public schools and bolster the rights of religious groups on college campuses.

Civil rights group blasted the new changes, saying the previous rules were meant to protect LGBTQ people, religious minorities and others who may face discrimination from religious groups. If they don't know they have the option to get help elsewhere, advocates say, they might choose to forgo services they need, including medical care or housing assistance 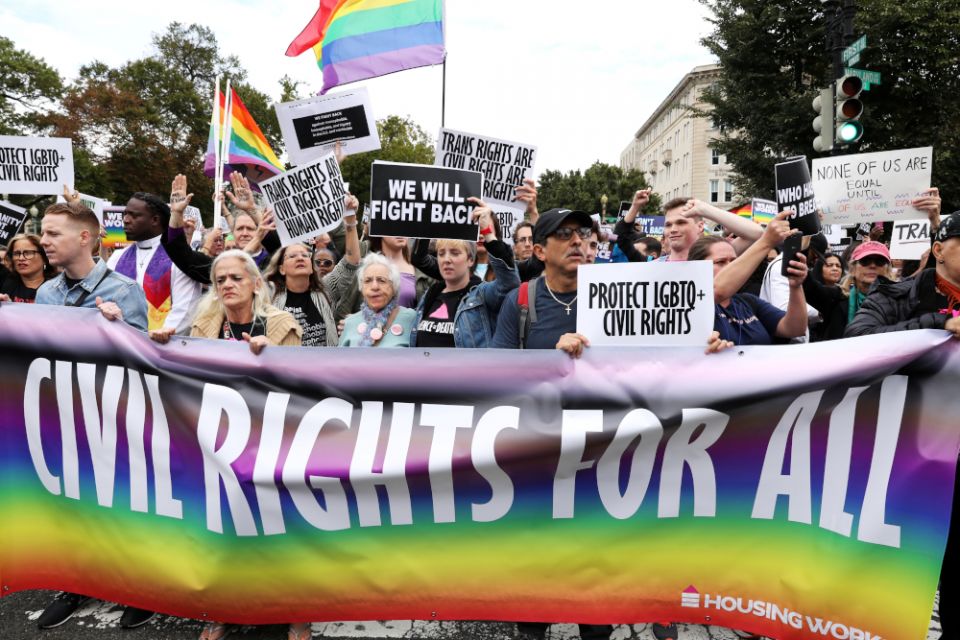 Advocates raised concerns about substance abuse programs that include religious counseling, for example, and faith-based homeless shelters that refuse to house transgender women with other women.

"Some faith-based agencies provide services in a way that is discriminatory," said Jennifer Pizer, law and policy director for Lambda Legal, an LGBTQ rights group. "They think being an LGBTQ person is not legitimate, so they include religious proselyting or provide services in a way that doesn't respect people's identity. And that drives people away."

"They are doing their best to lift as many nondiscrimination rules as they can before the new administration comes in," she said.

The American Civil Liberties Union called on the incoming Biden administration to reverse the rule as soon as possible.

"This rule will harm the very people that government-funded social services are supposed to help — marginalized individuals and communities," said Heather Weaver, senior staff attorney with the ACLU Program on Freedom of Religion and Belief.

Rep. Bobby Scott, D-Va., chairman of the House education and labor committee, condemned the policy and said it could wrongly lead people to think they have to participate in religious activities to receive benefits of federally funded programs.

"Civil rights laws should protect those who are discriminated against — not those who are engaged in invidious discrimination," Scott said in a statement. "Today's announcement is a reflection of this administration's misplaced priorities and distorted view of religious liberty."

But the ranking Republican on the committee, Rep. Virginia Foxx, R-N.C., applauded the rule and argued that it protects groups from discrimination based on their religious beliefs.

"Too often religious organizations are targeted by leftist politicians and organizations who seek to strip them of their Constitutional rights," she said. "The Trump administration has worked diligently to push back against policies that would diminish the faith of any American."

The new rules are being finalized after a public feedback period that drew nearly 100,000 comments. Religious groups applauded the changes, while civil rights groups said they opened the door for discrimination.

In defending its policy, the administration said some of the revoked rules had rarely been used. The nine agencies said they were not aware of any client of a faith-based group that requested a referral to another program. And some faith-based groups have committed to making referrals even if it isn't required, the agencies wrote.