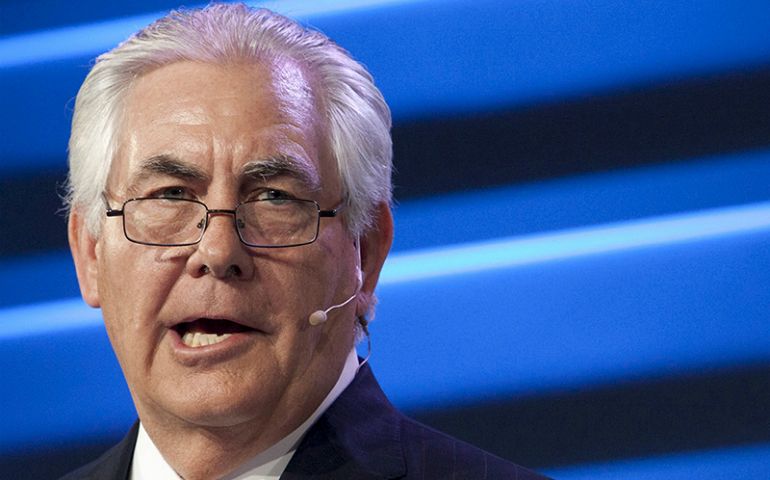 Donald Trump’s pick for secretary of state, ExxonMobil CEO Rex Tillerson, has come under fire for his friendship with Russian president Vladimir Putin — who is suspected of trying to tip the election to Trump — his lack of diplomatic experience, and the fact that he is a corporate bigwig who champions fossil fuels even as the threat of global warming grows.

But Tillerson, whose nomination was announced Tuesday, Dec. 13, may also face criticism from an unexpected quarter — social conservatives whose support was critical to Trump’s unexpected election last month.

The reason is twofold: while Tillerson headed the Boy Scouts of America from 2010 to 2012 he helped convince the organization to admit gay youths, and ExxonMobil contributes to Planned Parenthood, which provides abortion services and has become a top target for Christian conservatives.

Tillerson “may be the greatest ally liberals have in the cabinet for their abortion and LGBT agendas,” Tony Perkins, head of the Family Research Council, wrote in a sharply-worded message to supporters Monday night.

“To hear that Donald Trump may be appointing a man who not only led the charge to open the Boy Scouts to gay troop leaders but whose company directly gives to Planned Parenthood is upsetting at best,” Perkins wrote.

Evangelicals like Perkins have been furious over the Obama administration’s insistence on putting LGBT rights at the center of its foreign policy agenda and for tying foreign aid to access to birth control and abortion.

How much Tillerson would push for such initiatives is unknown, and he would be serving at the pleasure of a president who has vowed to enshrine the social conservative agenda in his policies.

But this incipient opposition may augur an unexpectedly early end to the honeymoon with evangelical Christians — Perkins was one of Trump’s most vocal supporters on the religious right during the campaign. And Trump won 81 percent of the white evangelical vote on Nov. 8.

It might hurt Tillerson when it comes to confirmation hearings in the Senate, where some Republicans have already signaled their concern over the CEO’s close ties to Putin.

Trump gave Tillerson his full-throated backing in a statement announcing the pick.

Tillerson has a "deep understanding of geopolitics," Trump said, and is "the embodiment of the American dream."

"Through hard work, dedication and smart deal making, Rex rose through the ranks to become CEO of ExxonMobil, one of the world's largest and most respected companies," the president-elect said in a release.

Trump blasts Christian magazine that called for his removal