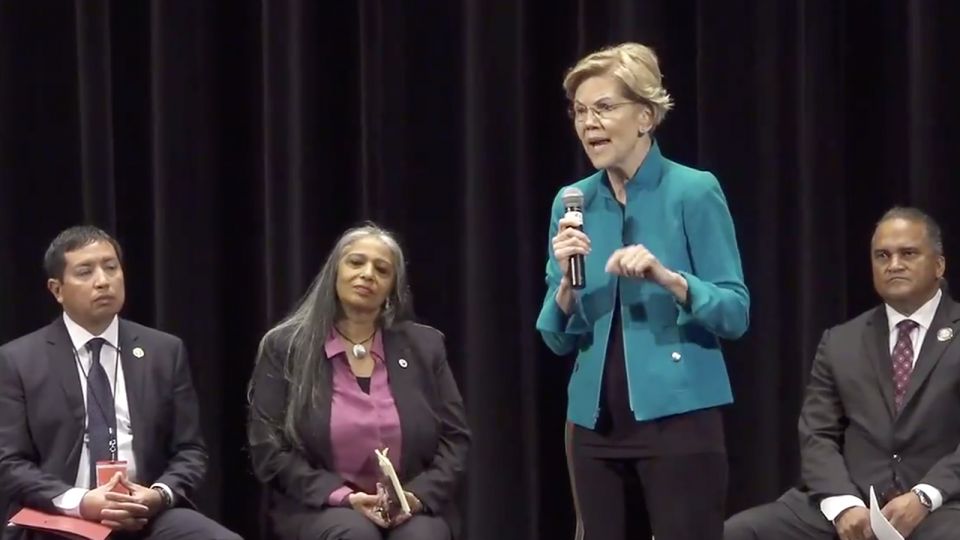 A panel of tribal leaders, tribal citizens and Native American youth presented questions to each of the presidential candidates who appeared Aug. 19 at the two-day forum. A total of 11 candidates are expected to attend the forum at the Orpheum Theater in Sioux City, Iowa, either in person or via video.

Judith LeBlanc, director of the Native Organizers Alliance, referenced the Standing Rock Sioux Tribe’s action to stop construction of the Dakota Access Pipeline in North Dakota in her opening remarks. That action was sustained by a belief in the sacredness of the land and a spiritual responsibility to protect the water that ran through it.

"We are moving on a continuum from protest to power," LeBlanc said.

"Standing Rock interrupted the narrative, and when we left Standing Rock, we went back to our cities and our reservations to organize."

Warren's appearance at the forum was highly anticipated, in part because of controversy surrounding her claim to Cherokee ancestry.

Cherokee writer and activist Rebecca Nagle and other activists have taken issue with the claim.Meanwhile, President Trump has regularly mocked Warren by referring to her as "Pocahontas" — a remark many indigenous people also see as racist.

Warren appeared to address the controversy in her opening remarks.

"Like anyone who’s been honest with themselves, I know that I have made mistakes," she said. "I am sorry for harm I have caused. I have listened and I have learned a lot, and I am grateful for the many conversations we have had together."

"I will revoke the permit for the pipelines," she said to cheers and applause. "It shouldn't have been granted in the first place."

She also insisted on the importance of tribal sovereignty.

"Tribal governments are the ones who control what happens on tribal lands," she said. "That's what it means. A government-to-government relation. 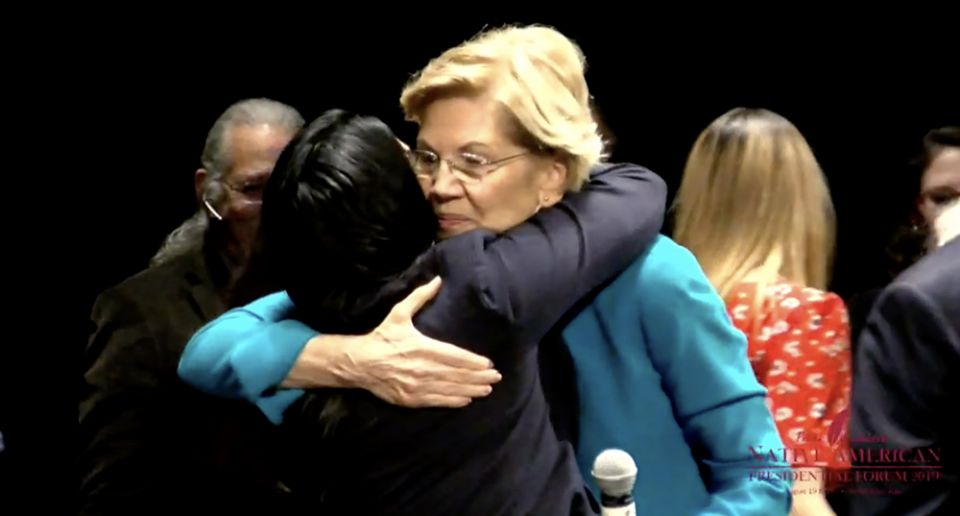 The first question asked at the forum — to presidential candidate and spiritual author Marianne Williamson — referred to the Doctrine of Discovery, which gave theological justification to European conquest of Indigenous peoples and land.

Williamson addressed the panel "in the spirit of prayerfulness that was already invoked at this event."

Her remarks addressing the United States' history of unjust treatment of Native Americans also were couched in spiritual language, calling on the country to "atone" and "reconcile with a horrific chapter of our past."

When asked whether she would protect lands indigenous people deem sacred, the candidate insisted she "will not compromise" with corporations who unfairly encroach on such lands.

"Their time is over," she said