Archbishop Sheen will be beatified Dec. 21 at Peoria's cathedral 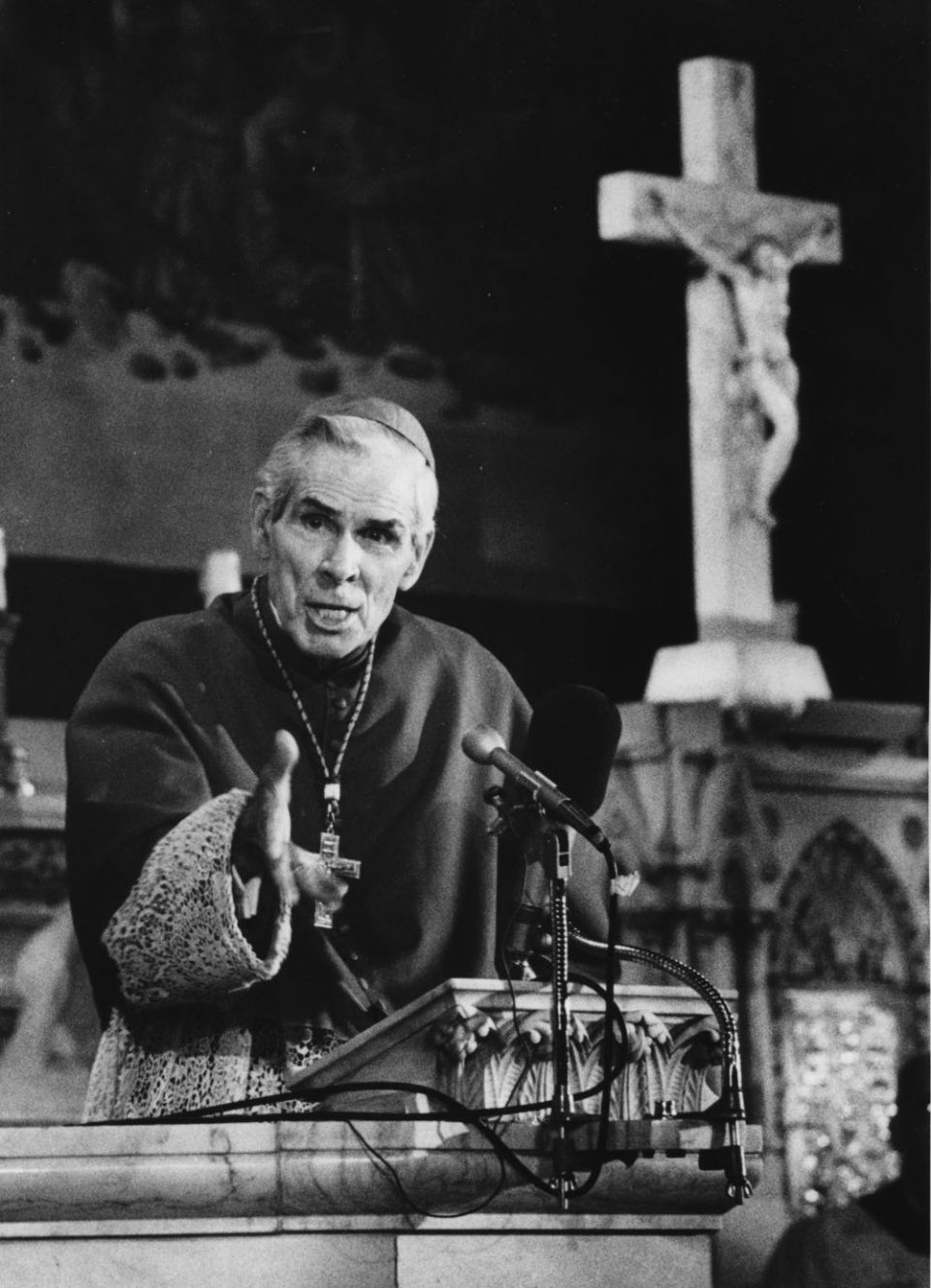 With "overwhelming joy," Bishop Daniel Jenky of Peoria announced July 6, 2019, that Pope Francis had approved a miracle attributed to the intercession of Archbishop Fulton Sheen. Sheen is pictured in an undated photo. (CNS file photo)

He said the Vatican had just notified him of the beatification and he was announcing the news "with great joy and thanksgiving."

Plans for the beatification are already underway, the bishop said. The ceremony will be at 10 a.m. local time at the Cathedral of St. Mary of the Immaculate Conception in Peoria.

"This is the same cathedral where (Archbishop) Sheen was ordained a priest 100 years ago on Sept. 20, 1919," said a Peoria diocesan news release. "It seems entirely fitting that the beatification will take place at the end of this 100-year anniversary of his ordination to the priesthood."

The cathedral also is the current resting place for the archbishop, who is entombed in a marble vault next to the altar where he was ordained.

In July, Jenky announced Pope Francis had approved a miracle attributed to the intercession of Sheen, leading the way to his beatification.

Just as doctors were preparing to declare that he was dead, James Fulton's tiny heart started to beat at a normal rate for a healthy newborn. He had been without a pulse for 61 minutes.

Despite dire prognoses for his future, including that he would probably be blind and never walk, talk or be able to feed himself, the child has thrived. Now a healthy 8-year-old, he likes chicken nuggets, "Star Wars" and riding his bicycle.

The decree of the miracle came about a week after Sheen's remains were transferred from New York to Peoria's cathedral.

"It is truly amazing how God continues to work miracles," Jenky said in the statement about the papal decree on the miracle.

Sheen had been placed in a crypt below the main altar of St. Patrick's Cathedral in New York after his death Dec. 9, 1979. After protracted legal proceedings, his remains were brought to Peoria June 27 at the request of his niece, Joan Sheen Cunningham, and now rest in a new marble tomb in the Peoria cathedral.