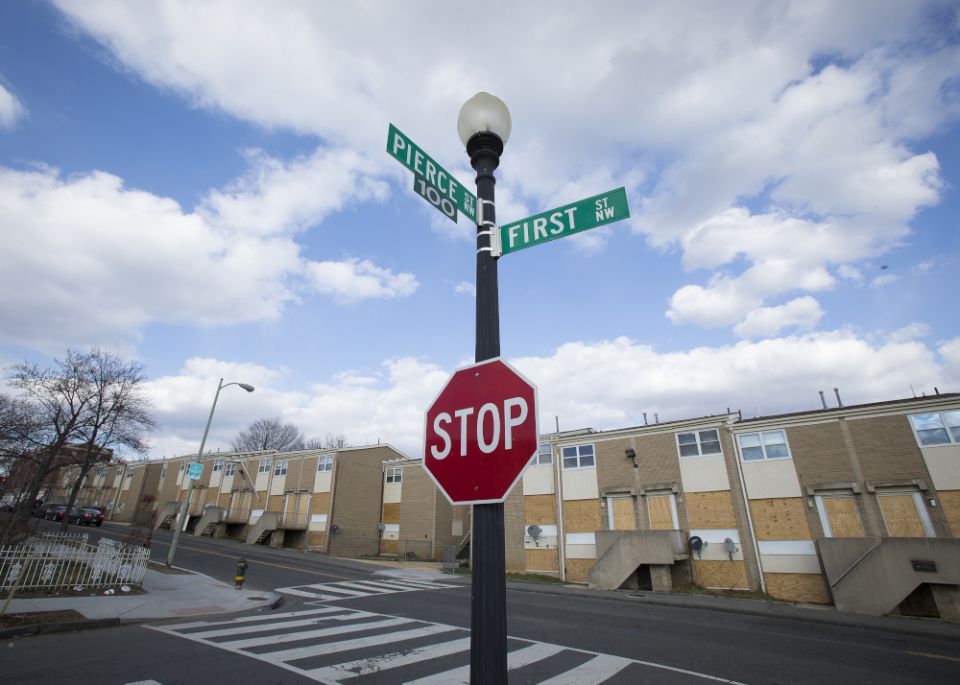 A row of boarded-up houses is seen in downtown Washington March 13, 2018. The chairmen of two U.S. bishops' committees said July 3 they oppose a proposed rule by the U.S. Department of Housing and Urban Development that they say would lead to separation or housing instability for many families. (CNS/Tyler Orsburn)

Washington — The chairmen of two U.S. bishops' committees said July 3 they oppose a proposed rule by the U.S. Department of Housing and Urban Development that they say would lead to separation or housing instability for many families.

The rule, introduced in mid-May, is meant to prevent people who are in the country illegally from receiving federal housing aid, which the Trump administration has said should only be available for legal residents or citizens.

The HUD proposal targets 25,000 families who currently receive such benefits because they are of "mixed" status, meaning at least one member of the family does not have legal documents while other family members are citizens or legal residents.

"The proposed rule would have terrible consequences for thousands of mixed-status families," said Bishop Joe Vasquez of Austin, Texas, chairman of the Committee on Migration. "It would force these families to make a heartbreaking choice -- endure family separation so that eligible members can continue to receive critical housing assistance or stay together and forfeit any such assistance."

"This choice between unity and stability is one no family should have to make. We urge HUD to withdraw this deeply concerning proposed rule," he said in a statement released by the U.S. Conference of Catholic Bishops.

Vasquez was joined by Bishop Frank Dewane of Venice, Florida, chairman of the Committee on Domestic Justice and Human Development, who said: "The right to decent, safe and affordable housing is rooted in the fundamental dignity of every person."

"By proposing this rule, HUD acknowledges the need for more housing assistance so that people in need won't have to endure long waits for programs that are overwhelmed by demand. More must be done to address housing needs in this country, but it must not be done at the expense of mixed-status families," he said.

The bishops' statement was issued the day after comments were submitted to HUD's Regulation Division from a group of Catholic leaders urging the department "to withdraw this deeply flawed proposed rule."

At the end of its 11-page letter, the group said: "HUD must not neglect its responsibility to serve the poor and vulnerable and ensure that safe, decent, and affordable housing is available to mixed -status families."

The proposed rule was introduced May 10 and the period for public comment was ending July 9.