In darkness, bishops must be heralds of hope, Buffalo bishop says 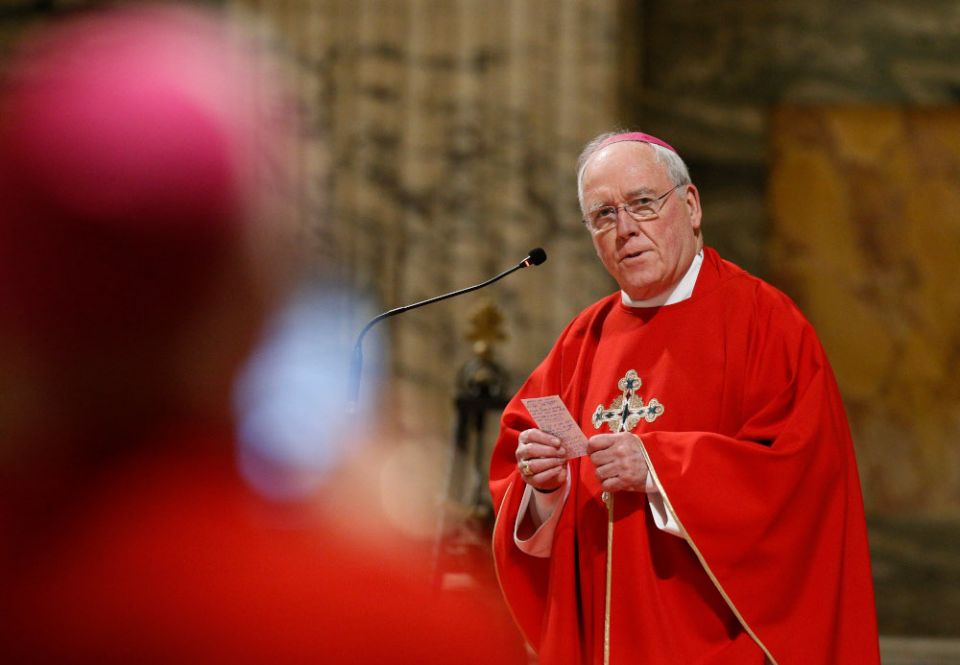 Bishop Richard J. Malone of Buffalo gives the homily as he concelebrates Mass with other U.S. bishops from the state of New York at the Basilica of St. Paul Outside the Walls in Rome Nov. 12, 2019. The bishops were making their "ad limina" visits to the Vatican to report on the status of their dioceses to the pope and Vatican officials. (CNS/Paul Haring)

Rome — The long nights and rain of November eventually lead to the expectation and joy of Advent and Christmas, which reminds people that Christian hope is the only way forward through difficult moments, said Bishop Richard J. Malone of Buffalo, New York.

"In these times that appear dark, in which we sometimes feel disoriented by the evil and violence that surround us, by the distress of so many of our brothers and sisters, we need hope!" he said, quoting from Pope Francis' catechesis on Christian hope.

Malone, whose diocese recently has undergone an apostolic visitation after more than a year of questions about how the bishop has handled allegations of abuse by diocesan priests, was the principal celebrant and homilist Nov. 12 at a Mass at the Rome Basilica of St. Paul Outside the Walls.

The Mass was part of the Nov. 11-15 visit "ad limina apostolorum" — to the threshold of the apostles — of the bishops of New York state. On the visit, the bishops pray at the apostles' tombs and meet with Vatican officials and the pope to report on the status of their dioceses.

But, he said, "it was clearly hope in Christ and in his Christ-filled mission that kept Josaphat going, that gave him the courage and the endurance to be able to continue working for unity" in the church and "renewal in his own diocese."

Reflecting on this "martyr for unity," Malone said, "I think in my own diocese and in the life of the church in general, the call for us bishops" is to be "ministers of unity ... especially right now when there is so much tendency toward fragmentation."

The month of November, with its long dark nights, can be "dismal and rainy and drab" and can weigh on people, Malone said.

But its feasts of All Saints and All Souls as well as the solemnity of Christ the King are the rays of hope that cut through that darkness, ushering the faithful toward Advent and "into a new year of grace with Christmas," he said.

Asking how people can live with hope, the bishop referred to the day's first reading from the Book of Wisdom (2:23-3:9) that says, "grace and mercy are with God's holy ones, and his care is with his elect."

"And that is all of us, all of us who are among the baptized, and I think in a special way we remember (the passage) for ourselves as bishops as being among the elect," he said.

Bishops are anointed and sent "as heralds of hope for our people," for the world and for one another so as to "sustain each other," he said.

Keeping hope a priority in one's life and bringing that hope to others "is not an added or extraordinary duty for us, it's not an add-on; as a matter of fact, we are just doing what we are obliged to do," he said.

"Even when times are difficult and dark," he said, "rejoice in hope."

Quick Reads | In darkness, bishops must be heralds of hope, Buffalo bishop says