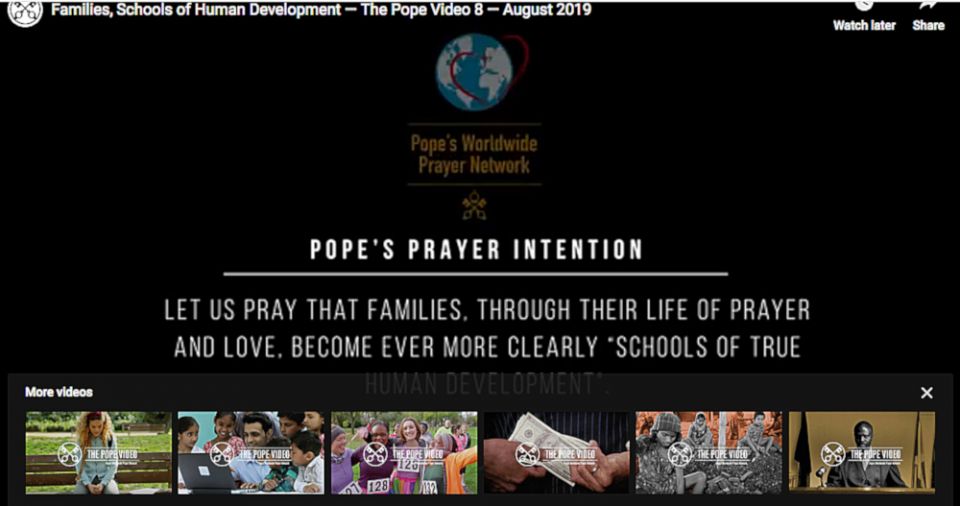 Vatican City — Pope Francis has asked families to set aside time to pray both individually and together as a family.

His prayer intention for the month of August invites people to pray that "families, through their life of prayer and love, become ever more clearly schools of true human development."

At the start of each month, the Pope's Worldwide Prayer Network releases a short video of the pope offering his specific prayer intention at www.thepopevideo.org.

Focusing on the church's mission of evangelization, the pope asked in the short video, "What kind of world do we want to leave for the future?"

The answer is a "world with families," he said, because families are "true schools for the future, spaces of freedom, and centers of humanity."

"Let us care for our families" he said, because of this important role they play.

"And let us reserve a special place in our families for individual and communal prayer."

"The Pope Video" was first launched in 2016 to encourage people to join an estimated 50 million Catholics who already had a more formal relationship with the prayer network – better known by its former title, the Apostleship of Prayer.

The prayer network is more than 170 years old.