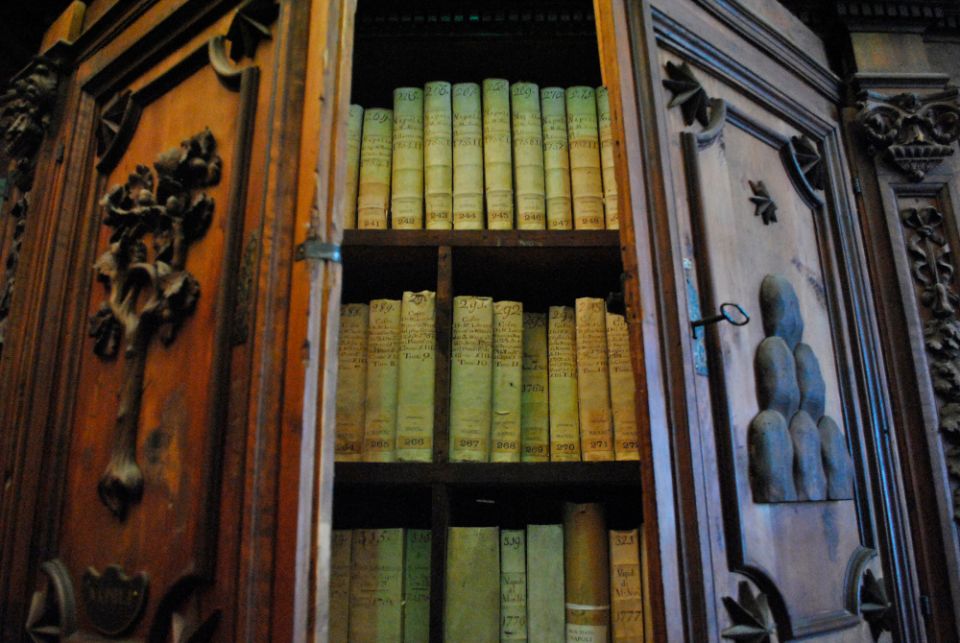 Books are pictured in a cabinet in the Vatican Apostolic Archives. Pope Leo XIII founded the Vatican School of Paleography, Diplomatics and Archive Administration in 1884, just a few years after he opened the archives to the world's scholars. (CNS/Vatican Secret Archives)

Vatican City — Citing the negative misinterpretations that the word "secret" implies, Pope Francis has changed the name of the Vatican Secret Archives to the Vatican Apostolic Archives.

In a decree, issued "motu proprio," on the pope's own initiative, and published by the Vatican Oct. 28, the pope said that semantic changes over the centuries have caused the meaning of the Latin word for "secret" to "be misunderstood" and "to be colored with ambiguous, even negative nuances."

"Having lost the true meaning of the term 'secretum' and instinctively associating its value to the concept expressed by the modern word 'secret' in some areas and environments, even those of a certain cultural importance, this term has taken on the prejudicial meaning of (something) hidden, not to be revealed and reserved for a few," the pope said.

The "Archivum Secretum Vaticanum" was founded by Pope Paul V in 1612. The term "secret" was commonly used in the 17th century as something that is "private, separate, reserved," the pope explained.

While the archives always have been the pope's private collection, they have been open to scholars conducting research since 1881.

The pope explained that since the archives' founding, "the Roman pontiffs have always reserved solicitude and care because of the huge and important documentary heritage that it preserves (and) that is so precious for the Catholic Church as well as for universal culture."

Far from being something hidden away, he added, the vast historical archives and cultural patrimony were always meant to be shared.

Francis said that the change to the archives' name will not change its "identity, structure and mission," which always has served "as an indispensable instrument of the Petrine ministry."

"The church," he said, "is not afraid of history, but rather loves it and wants to love it more and better, as God loves it!"