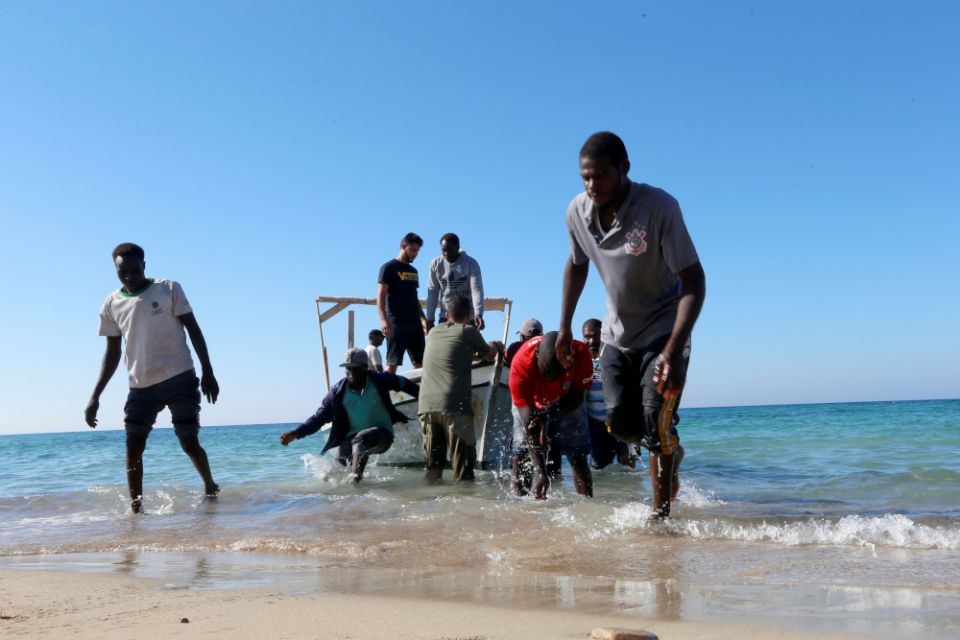 Migrants are seen after being rescued by the Libyan coast guard, in Tripoli, Libya, July 26, 2019. At least 115 migrants were believed dead after their wooden boat headed for Europe capsized near the north African coast of Libya July 25. Pope Francis in his Angelus message July 28 appealed for the international community to "act quickly" to prevent future tragedies. (CNS/Reuters/Ismail Zitouny)

Vatican City — Days after rescue workers recovered the bodies of dozens of migrants in the Mediterranean Sea, Pope Francis urged the international community to "act quickly" to prevent future tragedies.

"I have learned with sorrow the news of the dramatic shipwreck that happened in recent days in the Mediterranean waters where dozens of migrants including women and children have lost their lives," he said after praying the Angelus with visitors in St. Peter's Square.

"I renew my heartfelt appeal that the international community act quickly and decisively to avoid that such tragedies are repeated and to guarantee the safety and dignity of everyone," he said July 28.

The pope's appeal came after what authorities have called the worst shipwreck on the Mediterranean this year.

At least 115 people were believed dead after their vessel holding about 250 people capsized near the north African coast of Libya July 25.

Filippo Grandi, the United Nations High Commissioner for Refugees, said it was "the worst Mediterranean tragedy of this year."

Charlie Yaxley, the United Nations Refugee Agency spokesman, said the latest tragedy brings the number of migrants killed during their journey across the Mediterranean to more than 600 this year.

Francis ended his appeal at the Vatican by leading those present in prayer "for the victims and their families and also, to ask from the heart, 'Father, why?'"